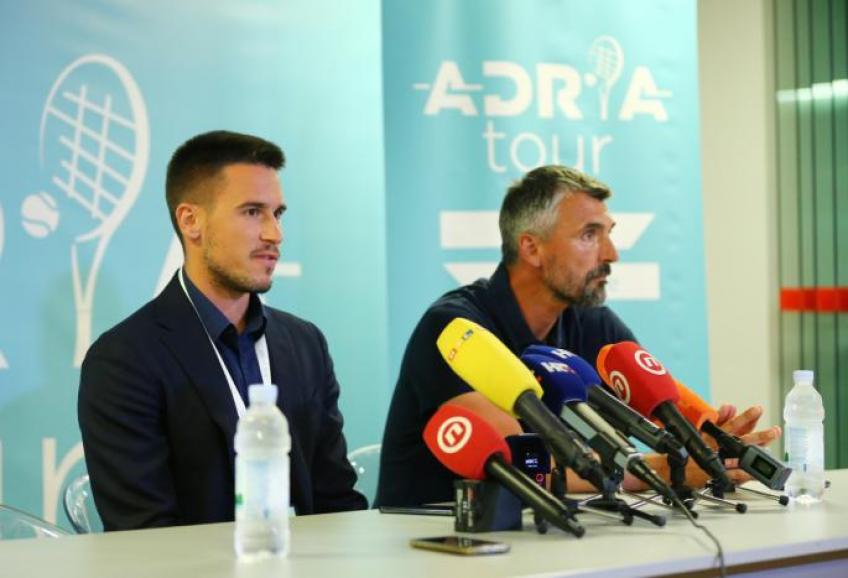 A backlash by current and former players as well as fans on social media continues to hammer the decision to play the Novak Djokovic organised Adria Tour which has led to an outbreak of positive COVID 19 tests which could threaten the restart of the ATP and WTA tours planned for early August.

One fan fumed at the organisers of this stupid “tournament”, the players who took part, the parents who let their kids on the court  blatantly ignoring  the risks and the crowds who willingly bought tickets and showed up maskless with no social distancing  – ALL are to blame.

Goran Ivanisevic, director of the tour’s Zadar leg and Djokovic’s coach, was greeted with jeers from fans when he broke the news courtside yesterday:-

‘We have just been informed that Grigor Dimitrov has tested positive for coronavirus and we will have to call off the final of the tournament in Zadar,’ he said.

‘Unfortunately we had to make the decision as we don’t want anybody else to catch the virus.’

Fans on Twitter were livid after Dimitrov’s post, blaming Djokovic’s exhibition event with the audience amid the pandemic.