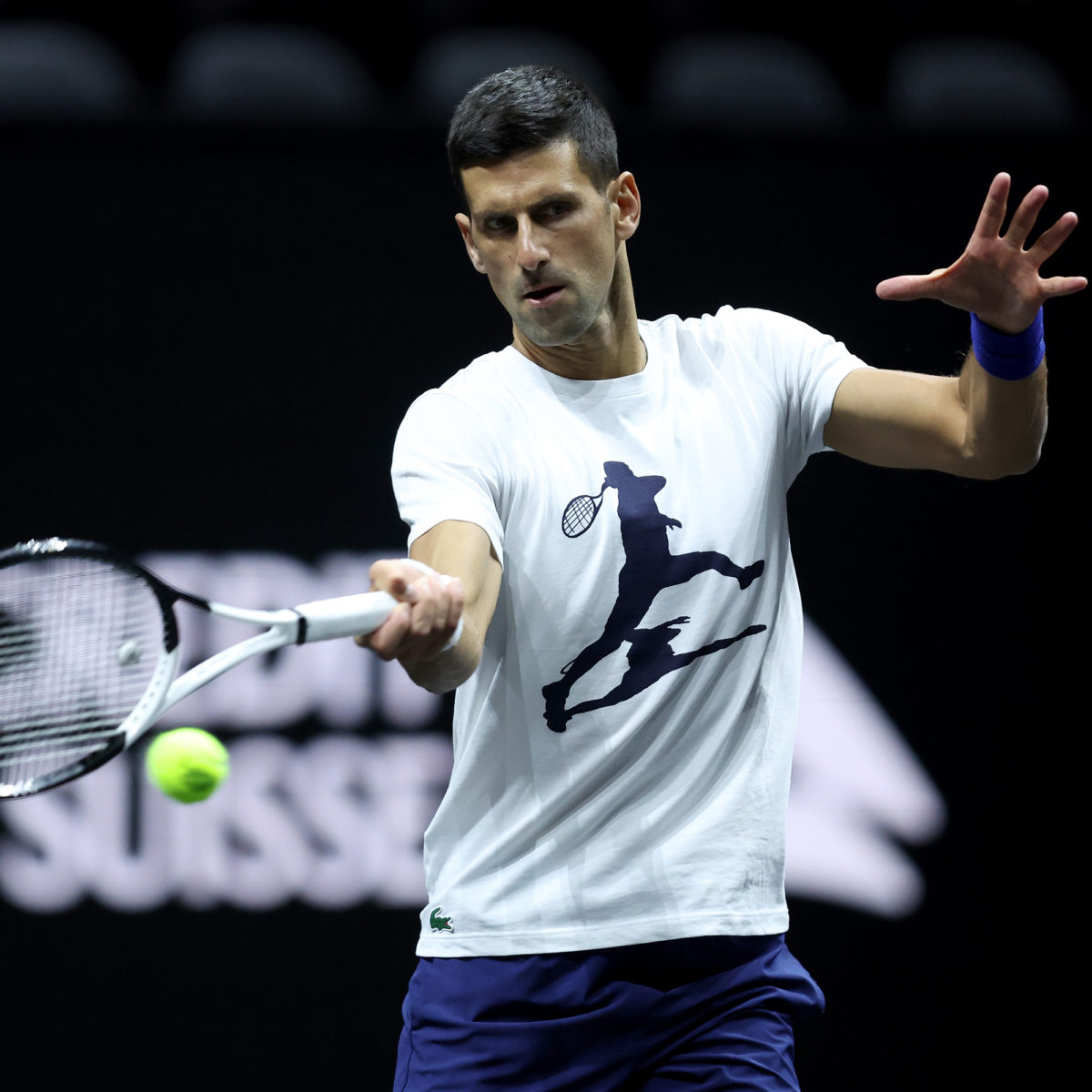 Novak Djokovic could make his first competitive appearance since winning Wimbledon over NIck Kyrgios when he competes in the Laver Cup in London.

But the former No. 1 has zero regrets about being banned from the US Open as he continues to reject the concept of a COVID vaccine and still has no idea if he will be allowed to play the Australian Open in January.

The Serb was detained in Melbourne and eventually deported from Australia nine months ago; under normal circumstances, that would mean a three-year ban from returning – but the sanction can also be overturned by the immigration minister.

Djokovic on Friday stuck to his anti-vaxx stand which cost him the chance to play the US Open won by Spanish teenager Carlos Alcaraz.

And Djokovic added that his 2023 Australian fate remains unknown.

“I don’t have any regrets, I do feel sad that I wasn’t able to play, but, you know, that was the decision I made,” Djokovic said.

“I knew what the consequences would be, so I accepted them. That’s it.”

And as for competing in Melbourne at the first Grand Slam of next season:

“I’m waiting for the news. It’s really not in my hands right now.

“I’m hoping I can get some  positive news soon.”

Djokovic admits his playing opportunities have narrowed since unvaxxed foreigners are banned from competing in North American events, with the jury still out on Australia palava.

“I’m not used over the past 15 or 20 years to taking such long breaks (away from tennis).

“But it is what it is. That’s the kind of situation that I was in, and I’m just excited to be able to play here now and most of the other indoor season for the rest of this season.”

Main photo:- Novak Djokovic practices at the O2 Arena London ahead of Laver Cup – by Julian Finney for Laver Cup