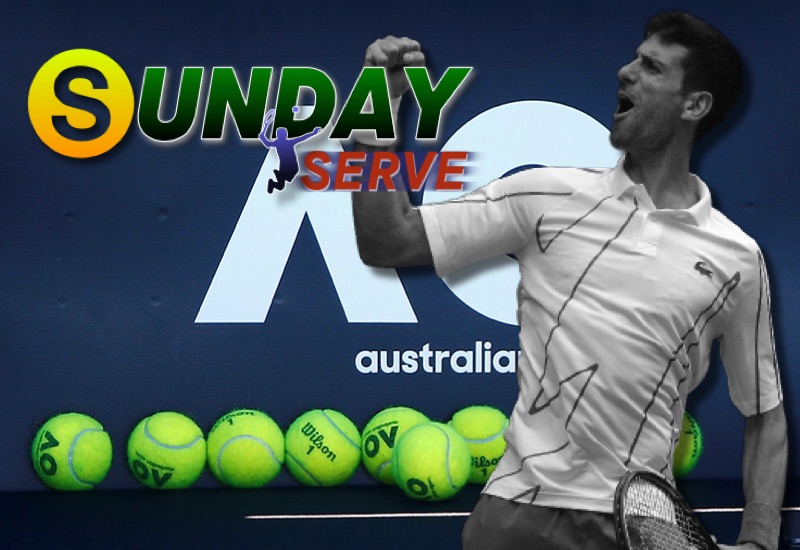 IF you thought the Novak Djokovic saga was all over, done and dusted, think again.

The Age newspaper in Melbourne launched a scathing attack on Tennis Australian this week with columnist Malcolm Knox saying TA’s lack of response to the ‘farce’ spoke volumes of their attempts to avoid any transparent scrutiny.

Knox didn’t pull any punches when he accused Tennis Australia of effectively sweeping the saga under the carpet.

“The chief executive of Tennis Australia, Craig Tiley, inched out from the shadows during the tournament, and by week two was accepting credit for how well it was running,” Knox wrote, before adding: “By the end, TA got to bask in its own misjudgment.”

Knox did concede the tournament was a success, a ‘rousing success’ in fact, but his column was certainly not a glowing reference for what had gone on before.

“The federal government had consistently said unvaccinated people would not be allowed to enter. All the other finagling about quarantine or no quarantine was therefore immaterial, but TA chose not to tell the tennis player that if he didn’t get the shot, he wouldn’t be allowed in. It set up a process to get around the federal government’s powers and intentions, and it failed.”

And it didn’t end there… “This lack of accountability was another defeat masquerading as victory for Australian tennis.”

Chief Executive Craig Tiley has hinted he still has plenty to offer “later”, and as Knox claimed “later” is still to come.

“If TA’s board and CEO manage to escape accountability for the unmitigated disaster of encouraging Djokovic to step, with both feet, into a giant bucket of dog poo, then ironically they can thank the same mechanism that turned the affair into an all-consuming summer pile-on,” he wrote.

But, as we all know, social media, and its band of keyboard warriors, have long since moved on.

And Tennis Australia may feel it has weathered the storm.

If Knox’s view is to be believed, perhaps not.

NOVAK Djokovic said on Friday he felt ‘humiliated’ by the way the BBC aired its interview with him.

Djokovic broke his silence in a “tell-all” interview with the BBC earlier this month, but has since said only about 30 minutes of the interview, which he says lasted 90 minutes, was used.

“I was painted in a really ugly manner. I was humiliated, if I may say so, on a world stage,’ he has since told the Serbian network.

“That is why it is important for me to have the opportunity to say something.

“I will repeat what I said to the BBC, because I don’t have more to add.

“There is a belief that I was privileged in a way, that I (got the exemption) because of my stature.

‘I will keep saying it and repeat it like a parrot, although the BBC has cut that part of the interview: 10 days before me, a Czech tennis player and Croatian coach entered Australia with the same medical exemption.

“She played a tournament, he coached his player no problem at all. Suddenly I come and there is a problem. Why? You tell me.”

Djokovic forgot to mention that both the player and the coach were also told to leave – and did so.

CONCERNING to read that Nick Kyrgios had “suicidal thoughts” and has dealt with depression and drug and alcohol abuse in the past.

Kyrgios, 26, wrote on Instagram that he now is “proud to say I’ve completely turned myself around and have a completely different outlook on everything.”

Kyrgios included in the post a photograph of himself sitting courtside at the Australian Open three years ago.

He called that time “one of my darkest periods” and then pointed out that his right arm in the image displayed evidence of self harm.

“I was having suicidal thoughts and was literally struggling to get out of bed, let alone play in front of millions,” he wrote.

“I felt as if I couldn’t talk or trust anyone. This was a result of not opening up and refusing to lean on my loved ones and simply just push myself little by little to be positive.”

Good to know his mind is now back at positive levels.

SOCIAL media has a reputation for nastiness, often claimed in the name of free speech.

This week it reached another low and when Russian Andrey Rublev revealed he has received negative comments and insults.

“Of course I get some bad comments on Internet because I am Russian. I can’t react on them. If I want to have peace, I need to be like doesn’t matter. Even if they throw rocks to me, I need to show I’m for peace, I’m not here to be aggressive or something,” Rublev stated.

Sticking with the Russian theme, especially given the current crisis in Ukraine, Daniil Medvedev is another who aired his thoughts this week.

Medvedev moved into top spot on the ATP rankings the same day as Russia invaded the Ukraine.

“Watching the news from home, waking up here in Mexico, was not easy,” Medvedev said after beating Yoshihito Nishioka in Acapulco.

“By being a tennis player, I want to promote peace all over the world. We play in so many different countries; I’ve been in so many countries as a junior and as a pro. It’s just not easy to hear all this news. … I’m all for peace.”

Medvedev then noted the pair that won the doubles title at the Marseille Open last week included one Russian, Andrey Rublev, and a Ukrainian, Denys Molchanov, saying: “This was amazing, because people need to stay together.”

AUSSIE John Millman is still hoping to compete at Indian Wells next week after suffering a scratched cornea and eye inflammation from a freak accident in Mexico this week.

Playing American Marcos Giron on Wednesday, Millman tried to block an incoming ball behind him to the ball kid when it flicked up and hit him in his right eye.

“It was just a super unfortunate accident. The ball didn’t hit me hard, but as I went to flick it to the ball kid, with my back turned, it hit the frame as I was turning around,” Millman said.

“I didn’t know where the ball was and it got me flush on the eyeball. My eye was completely open when it hit it – (the ball) literally could have hit half a centimetre anywhere else and it would have been fine.

“Straightaway the eye closed up. The physio came on and opened it a little with eye drops but it still wanted to close. I tried playing a few more points but actually couldn’t see out of the right eye.

“It was completely fogged over and I couldn’t locate the ball, so I was playing pretty blind. Unfortunately, in tennis, you can’t wait around to see if it gets better, so there was really no point in continuing to play.”

Millman confirmed a doctor has told him the retina was not detached.

“I am still wearing a patch, but when I have removed it, my eye is still closed up, there is some bruising and it remains completely bloodshot,” he said.

“My focus is slowly getting better, but it is still blurry. I’m still over here, as I would like to try to play Indian Wells, but it’s a waiting game before I can get on court again.”

ALEXANDER Zverev’s tantrum in Mexico, that cost him at least $40,000 fine and loss of ranking points, didn’t sit well with Rafa Nadal.

Nadal said he felt sorry for Zverev with whom he shared a “good relationship”.

“He deserved the sanction because you can’t act in this way,” Nadal said.

“I think he is aware of that and I hope this serves as a learning process for him and other young players who lose their temper on the court sometimes.

“I understand there are moments of frustration and anger but we need to try to be an example.”

NO unity in tennis then … The men’s ATP tour will host four tournaments in China this season, unlike the women’s WTA tour which has suspended events in the region due to concerns over the treatment of former doubles world number one Peng Shuai.

The ATP’s Chengdu Open, Zhuhai Championships, China Open and Shanghai Masters will take place in China in September and October.

“The ATP continues to take a fluid approach to the calendar and the schedule remains subject to change,” the tour said in a statement as it released its calendar for the second half of 2022.

In December, the WTA said it would suspend events in China, a decision applauded by many in the tennis community.

Clearly the ATP has other thoughts.

The man who was found guilty of stalking US Open champion Emma Raducanu in London last year was given a five-year restraining order by a UK court this week.

Driver Amrit Magar, 35, pictured above, was also sentenced to an 18-month community service order that includes 200 hours of unpaid work.

He will be under curfew for eight weeks and monitored by an electronic tag.

Raducanu has pulled out of a WTA tournament in Monterrey this coming week and could potentially miss out on the Indian Wells event.

She suffered an injury to her left leg during her defeat to Australian Daria Saville in Guadalajara last week.