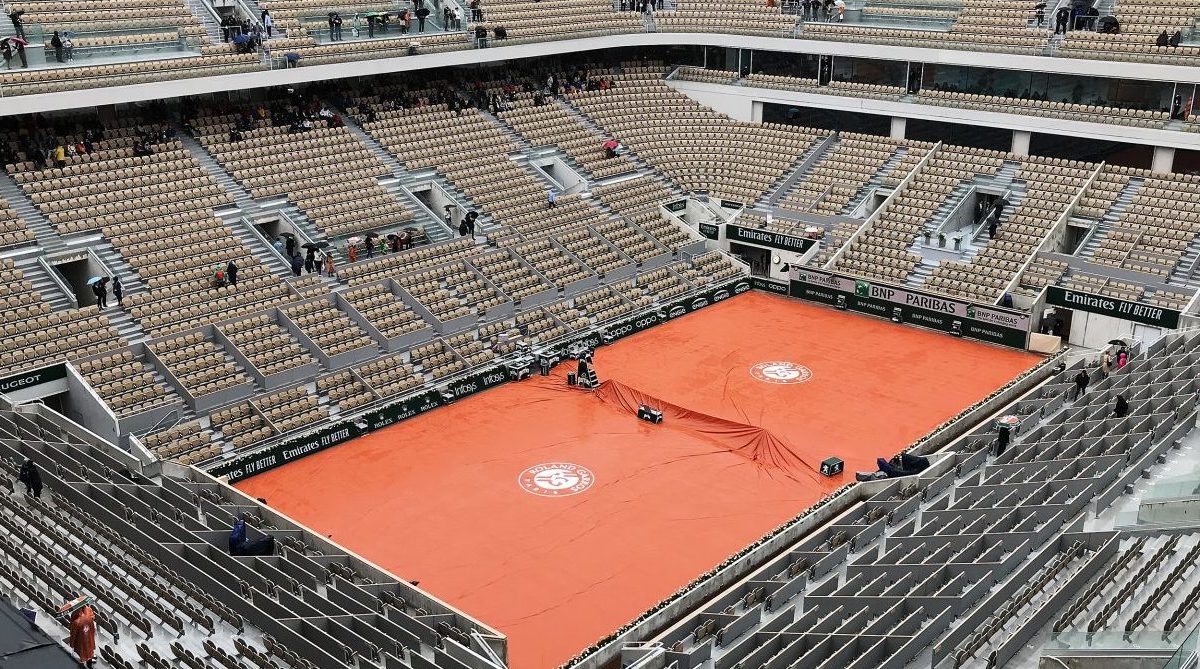 Torrential rain caused a complete washout of quarter-final action at Roland Garros on Wednesday with Novak Djokovic and Simona Halep amongst the biggest victims.

It is the second time since 2016 that all French Open play was cancelled and third since 2000.

The decision left World No 1 Djokovic and defending women’s champion Halep facing having to play their quarter-finals on Thursday and semi-finals on Friday if they get through.

With the women’s final set for Saturday, third seed Halep could end up playing three days in a row.

Djokovic had been due to face German fifth seed Alexander Zverev on Court Philippe Chatrier on Wednesday as was Halep who was up against American teenager Amanda Anisimova.

The first quarter-finals had been completed on Tuesday with 11-time champion Rafael Nadal setting up a Friday semi-final against old rival Roger Federer.

Johanna Konta and Marketa Vondrousova also won Tuesday with their semi-final, originally set for tomorrow, to be played on Friday.

The rain was at least good news for the concessionaires at Roland Garros.

There was no Cliff Richard, remember him from Wimbledon a few years back, but a local jazz trio do their best to keep the crowd entertained.

The offical Roland Garros umbrellas were selling well at a mere 65 euros each or the bargain collapsible variety a snip at 45 euros.

Moet was selling well, as the concession manager told GST – if there is no play going on, what else can you do but eat and drink!