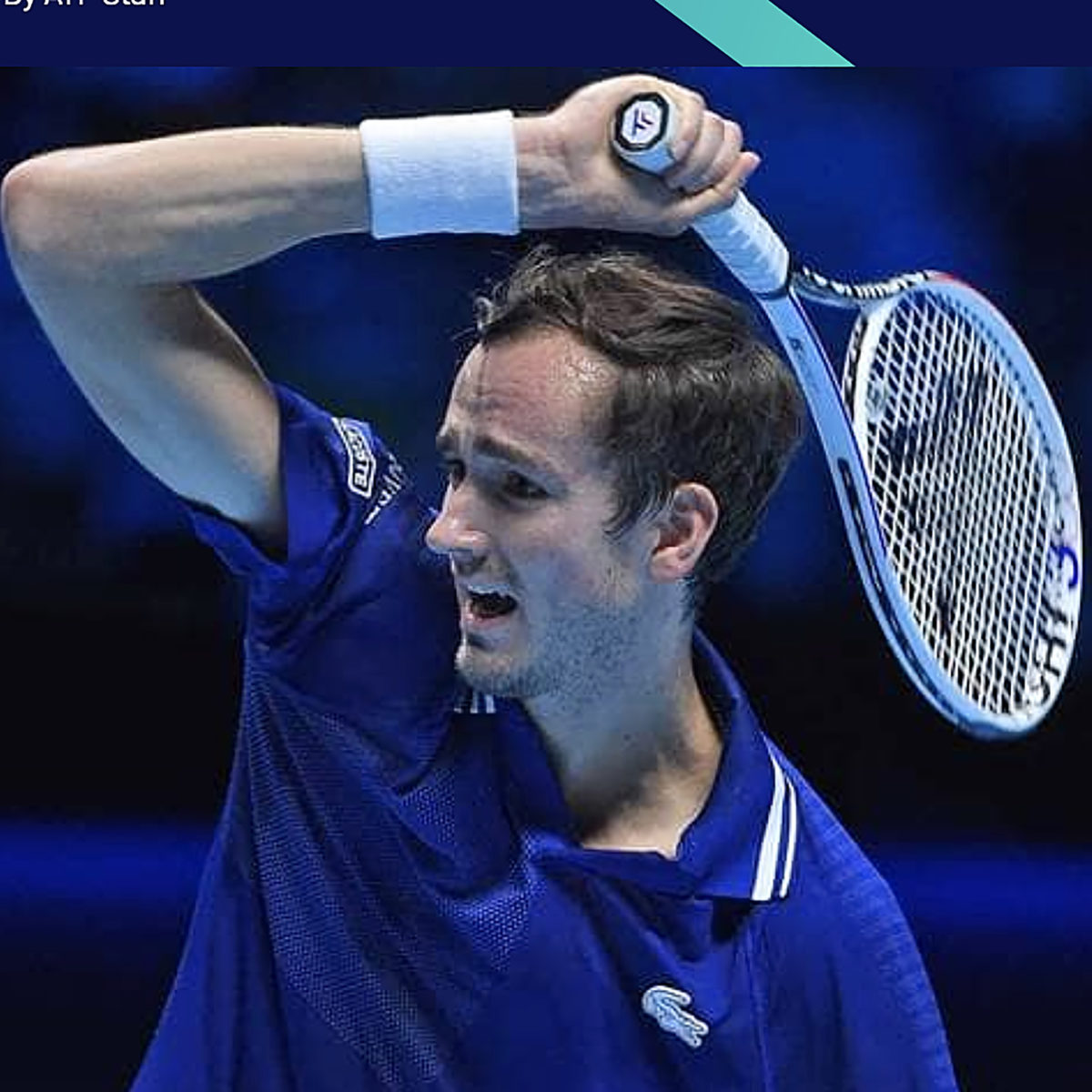 The Russian who lost the 2021 final to Novak Djokovic blacked out an annoying football chant for the pro-Kyrgios crowd which can often sound like booing.

The Aussie faourite broke a raekt as he went down 2-5 in the fourth set and lost as he sent a forehand wide on match point.

Kyrgios handed his smashed stick to a young fan in the crowd before he left the court to massive cheers.

Medvedev was barely able to hear post-match on-court questions due to crowd whistles and other noise.

“I worked hard to get this win and I’m happy” he said  “Getting booed on second serve is not easy.

“That made it tough to play. In the fourth set we both served big. This was a match where anything could have happened.”