Debutant Fritz finds a way past FAA in Turin 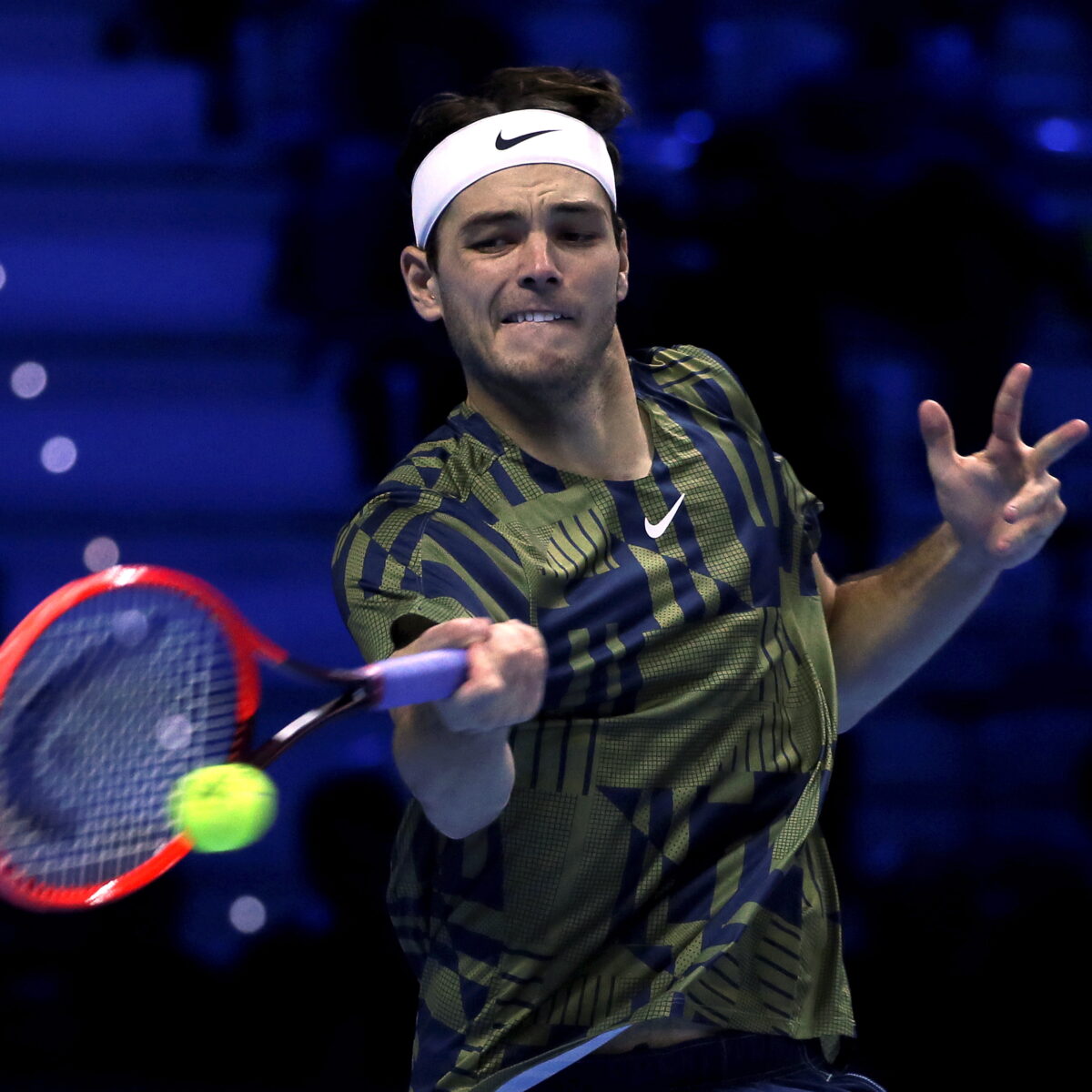 Taylor Fritz made the most of his debut at the ATP Finals as he defeated Felix Auger-Aliassime 7-6(4), 6-7(5), 6-2 on Thursday to power into the semi-finals and a date with Novak Djokovic.

The American had to wait for two and a half hours of a contest lasting just over two and three-quarters hours to earn a break in the winner-take-all showdown.

But he then buried his fearsome Canadian opponent  – three ATP titles in three weeks last month – to go advanced to the Saturday showdown with five-time year-end tournament winner Djokovic.

After the qualification of Casper Ruud, only one final-four spot remains: that will be decided on Friday night when Stefanos Tsitsipas faces Andrey Rublev.

“It’s huge to go from almost not qualifying (for the eight-man event) to the semi-finals,” Fritz said.

“I felt I played well, I’m super-happy moving on.:

The American only earned his place in the field when world No. 1 Carlos Alcaraz had to withdraw before the start with an abdominal injury.

Fritz was out-hit by FAA, who ended with 32 winners but 36 unforced errors; the winner was more consistent with 23 and 22 respectively.

The winner was frustrated as he climbed to within two points of victory in the second set only to be outdistanced by his opponent.

Auger-Aliassime took the battle into a third set and saved three break points in the sixth game before losing it as he jerked a return wide.

Fritz held a game later and broke again to end the evening on his first match point.

He will now have a day to contemplate his meeting with Djokovic, who has won all five of their matches.

“I’ll have to serve really well,” he said. “But I’m lucky that my serve has been strong this week.

“When I get opportunities I have to take them. You cannot waste them against someone like Novak.”

Fritz now owns 45 Tour wins this breakthrough season, during which he won his first Masters title at Indian Wells and picked up the honours at Eastbourne and Tokyo.