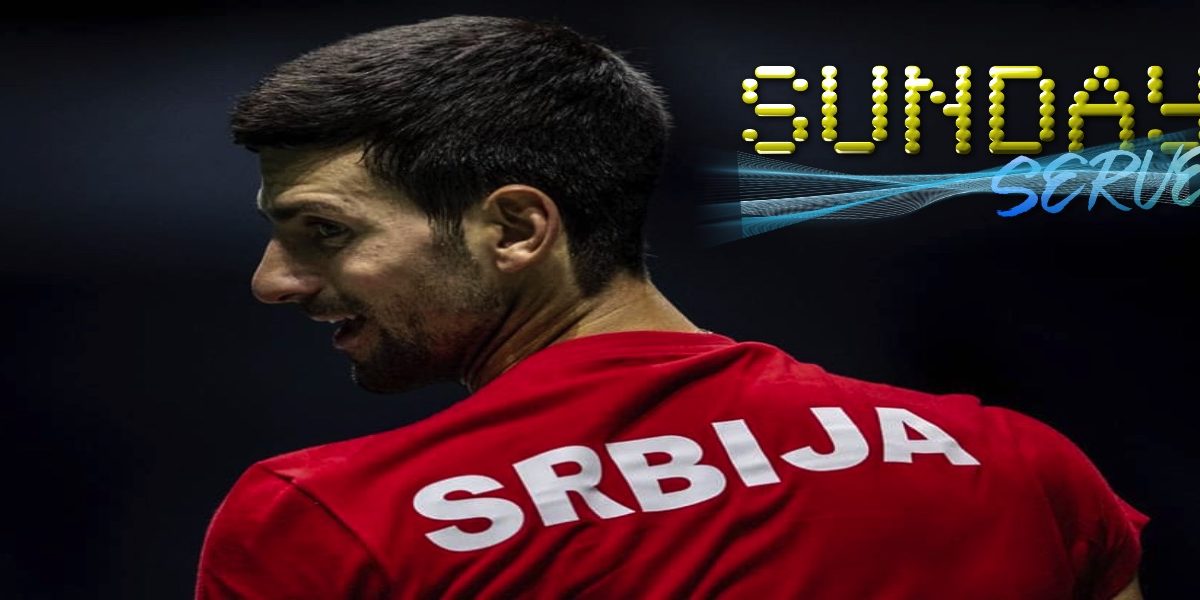 “Dear Gerard, I can see that you’ve never been to a REAL Davis Cup! And that’s not it.”

In a bid to reinvent itself, and more tellingly, to create much-needed income streams, the ITF did a 25-year deal with Kosmos worth US3 billion last year – as the Davis Cup was rebranded as tennis’s answer to the soccer World Cup.

But the format has been labelled ‘flawed’ and ‘not Davis Cup’ by many players and team captains.

And that is before we look at Lleyton Hewitt’s justifiable criticism of the event after Australia’s bizarre middle of the night clash with Canada.

“The scheduling is a big problem, for us to have had to play these three nights in a row, it’s not ideal,” the double Grand Slam winner said.

And, as our GST man on the spot Bill Scott reported: “Indications are that the best-of-three match format and the elimination of the traditional home-and-away ties is a looming disaster for attracting fans on a consistent basis.

“Also a problem: super late nights (one tie ended at 4:04 am), poor online  infrastructure for a worldwide event and a sea of empty seats for many ties.

“The odd-man-out 18-team structure of the groups meant that the Australia-Canada quarter-final was played on Thursday evening with the other three set for Friday.”

Scott wasn’t alone in his criticism of the event, as rows upon rows of empty seats were there for all to see. Switching on TVs – to watch would have only served to prove that point.

Not that TV was any global success either – remote satellite stations that did nothing to promote the event to the ‘masses’.

Sports broadcasting is currently in a state of flux, as streaming gains momentum. The traditional mainstream channels can’t, or are not willing, to keep up with the bidding wars for sporting events.

But there was always plenty of support for the traditional Cup format where a host country battled it out against their visitors over three days. And usually big partisan crowds.

To be fair to Pique, this change of format has been driven by players – a few select top players.

“It’s the project of my life,” the 32-year-old was quoted as saying in September.

“The top players had long wanted reforms to the 119-year-old competition.”

But sometimes, just sometimes, players don’t understand the unique quibbles of an event like the Davis Cup. Its traditions and structures are often continued for very good reason and not just for dollars alone.

Former French Open semifinalist Filip Dewulf tweeted a picture with the caption, “15 people sitting on this side of the stands” ahead of Belgium’s clash against Colombia this week – something that angered Pique.

“Are you sure there are just 15?” The Spaniard countered.

The arena in Madrid for the quarterfinal clash between Serbia and Russia was barely a third full – more empty than used seats.

And not every ATP top ranking player has got onboard either.

Germany’s Alexander Zverev is not a fan, nor taking part.

“I don’t think the format is Davis Cup anymore,” he told reporters in London recently.

“I hope people realise that Davis Cup is more than just money and all that like they are offering us now. It’s history, and it’s tennis history. It’s more than just what’s on the table for the players now.”

He isn’t alone. ATP finals combatants Stefanos Tsitsipas and Dominic Thiem aren’t there either. But maybe that’s more because neither Greece or Austria qualified.

Then there is Roger Federer – arguably one the greatest draw cards in tennis today. The 38-year-old hasn’t played Davis Cup since 2015.

“I admit that it’s a bit odd to see a footballer arrive and meddle in the tennis business,” Federer told reporters at the US Open last year when the event was announced.

“The Davis Cup should not become the Pique Cup. I am globally for innovations. Our sport needs to think a little outside the box to innovate. But it’s a bit like in a part of [building block game] Jenga, you have to be careful not to remove the room that will bring down the whole building.”

As my colleague Bill Scott wrote: “Nearly 120 years of Davis Cup formats and tradition have been tossed out…”

And the failings of the tournament became evident on Friday when groups of school kids were invited to the event, though organisers were at pains to point out it was not aimed at improving attendances.

Tennis governing bodies – and players eager to increase their earnings – are desperately trying to reinvent their events as sport in general battles for more viewers, more bums on seats and more TV dollars.

The ITF are no different and neither is the ATP, as it plans to launch the ATP Cup in Australia in the New Year.

Some players have already opted out of that one as well. Player burn-out is a hot topic right now.

Even Pique has suggested merging these events – a suggestion many see as a complete non-starter, but the thought is out there.

As for the Davis Cup circa 2019, organisers admit to ‘some’ failings in this revamped opener.

Kosmos Tennis CEO Javier Alonso told The Associated Press that although the tournament has been an overall success, organisers need to work on ways to increase attendance and improve the scheduling of matches.

“Again, it’s the first edition,” Alonso said. “We make a plan, and now that we have the reality, we can go back home on Monday and start thinking on what has not worked well and how we can improve those things that have not worked well.”

He then admitted the most pressing concerns were related to the schedule of matches and the low attendances.

Pique believes a new ATP president next year will give him the chance to sit down and discuss his ideas for tennis going forward.

But tennis is a sport riven with deep divides at governing body level.

Alonso clearly wants to turn tennis into more of a dish on a multi-facetted menu that will also include live concerts. Colombian singer Shakira is to perform at the Madrid closing ceremony. Shakira is of course, married to Pique.

But before that they, Kosmos, know they will need to fix the ridiculous late-night finishes – an issue criticised by both fans and players.

And the format that allowed Canada to forfeit its doubles match against the US. That gave the Americans a 6-0, 6-0 victory – something that then could have affected other teams’ qualifications.

Throw in poor local promotions, teams wearing the same colours in several matches – the neutral tuning in for the first time is easily confused – and it is clear there is much to be done if this new format is to survive.

A massive public relations exercise will be needed to convince the doubters – of which there appear to be many.

And next year, the Fed Cup will also switch to a one-week edition in Budapest, Hungary.

That old saying that ‘if it ain’t broke don’t fix it’ seems to have been long forgotten.

US Broadcaster ESPN has claimed a new world record for attendance at a tennis match, with more than 42,000 people watching Germany’s Alexander Zverev go down 6-3, 4-6, 2-6 to Roger Federer in an exhibition match in Mexico City yesterday.

That number beat the 35,681 who watched an exhibition game between Belgian Kim Clijsters and Serena Williams in Belgium in 2010.

ESPN said the exact number of fans in Mexico City’s bullring at 42,517.

But Federer’s clash with Zverev in Bogota, Colombia was called off after city officials said they could not guarantee safety amid political clashes in the country.

“We are sorry it will not happen,” Federer said in an on-court interview, “but we have to be careful and this a decision for the people, I hope one day I will be coming back and playing in front of you.”

Federer and Zverev have already played in Santiago de Chile and Buenos Aires this week, as well as Mexico City, before winding up their tour in Quito, Ecuador, today. 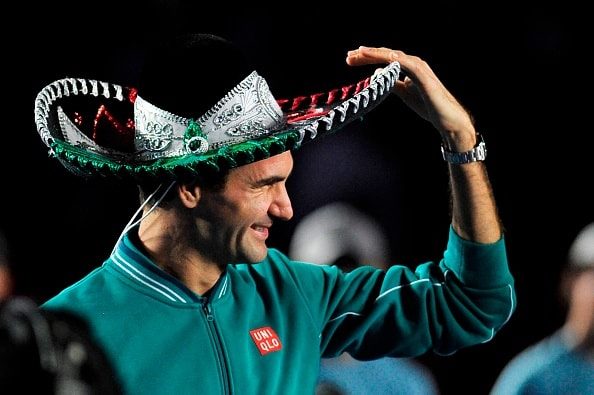 AND finally … Amazon is set to serve up up a documentary following British star Andy Murray.

The service will launch a feature-length documentary Andy Murray: Resurfacing, on November 29.

The film will follow Murray’s rehabilitation from injury with exclusive access to his life and the operating theatre where his hip was rebuilt.

The doco features interviews with his family, team members and rivals including Federer, Nadal and Djokovic.