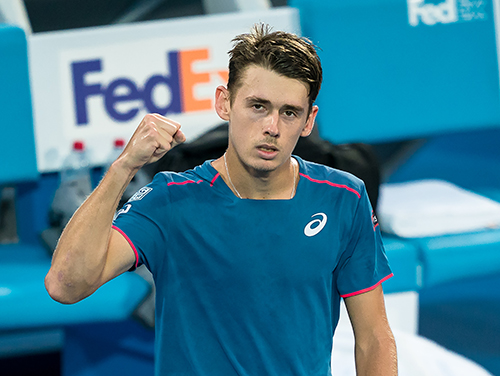 After winning three trophies last season, Australian Alex de Minaur will test himself against Frenchman Ugo Humbert in the final of the European Open in Antwerp.

De Minaur, ranked 35th, will enter the first-time meeting against his 38th-ranked rival who lifted the Auckland title in January.

The Spain-based 21-year-old Aussie broke Humbert five times while losing his own serve four times for his 17th win of the COVID-shortened season.

Di Minaur will be playing his first final since a year ago in Basel, when he lost to Roger Federer.

The Aussie improved to 10-7 this season as he denied Dimitrov a 16th career ATP final.