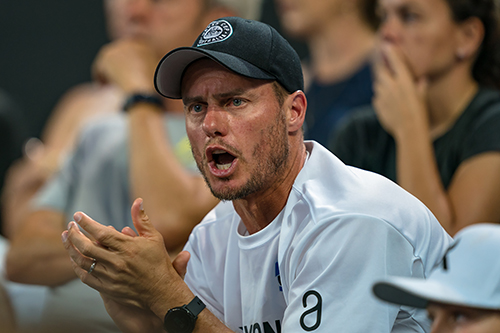 Former Aussie No.1 and current Davis Cup captain Lleyton Hewitt has slammed organisers of the event over the plan to move the team event to the Middle East.

Hewitt called the move by Kosmos Tennis as “ridiculous” and “Not what the Davis Cup is about.

“The Davis Cup was held in the highest regard, up there with the pinnacle of our sport in tennis – with matches played over five sets,” he said.

“We threw that out the door and then we’ve thrown the home and away out the door as well. Playing a qualifying tie here or there, best of three sets (in the recent revamped format), is not the same as having home and away, main draw matches over the year.

“So if they’re going and selling the soul of the Davis Cup to the Middle East for another five years, I think it’s ridiculous, and they’re really killing the competition.

“I’ve been pretty vocal about the whole thing for the last four or five years now. This is a wonderful stadium here tonight, but it’s not a massive crowd, it’s not what Davis Cup is about.

“Some of my greatest memories were playing in Davis Cup semis or finals in front of packed houses and it didn’t matter if it was in Australia or away, the atmosphere was incredible.

“We sit back, me and Tony Roche and tell these young guys stories about when we played in those situations. I’m just really disappointed now. Guys like Alex (de Minaur) would do anything to be in that situation to play in those big matches.

“I know what (the old Davis Cup) meant to the top guys, it meant the world. There is something really special about this competition.”

Talk of the Abu Dhabi deal was met with a cool response from both France and Great Britain.