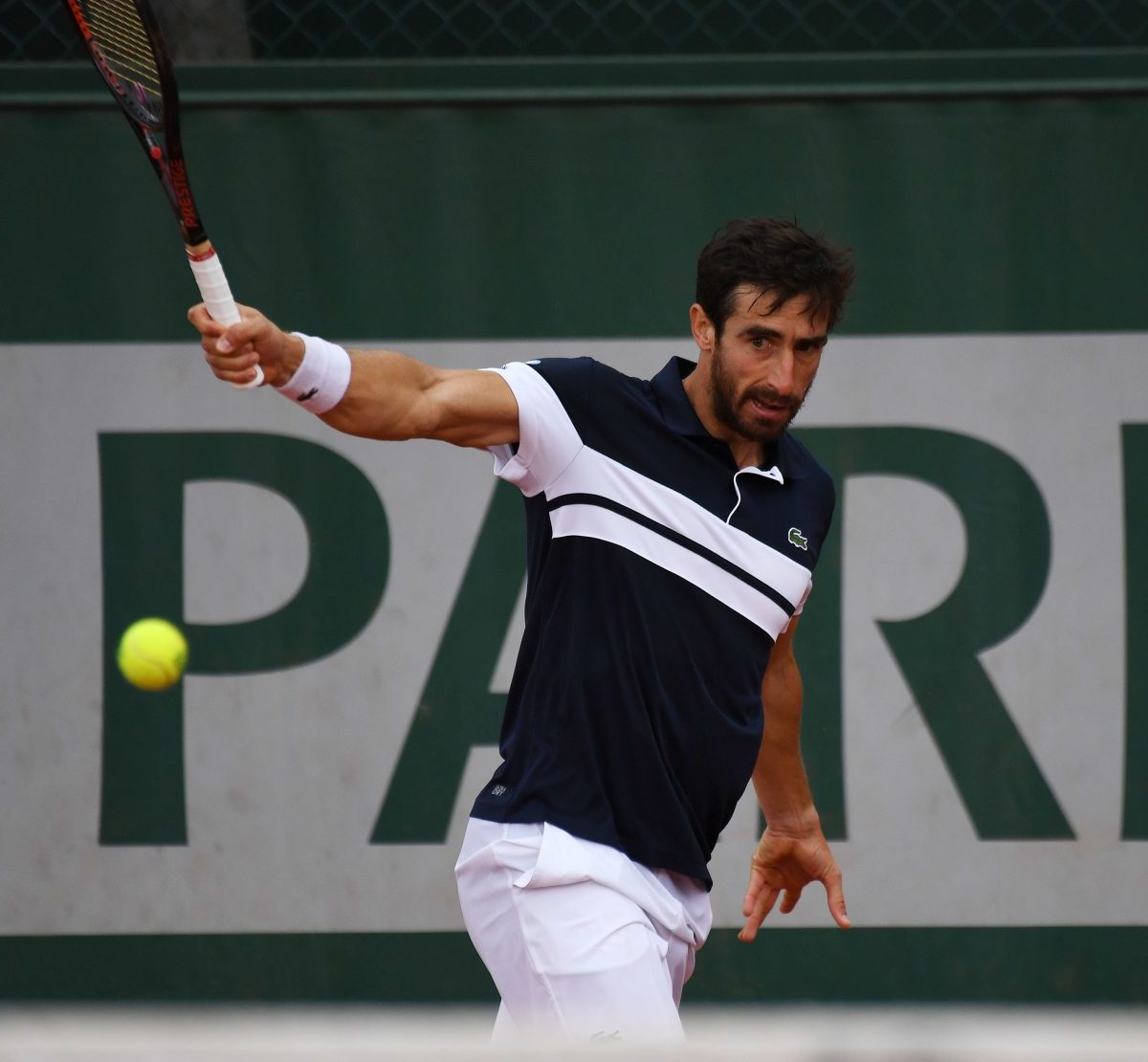 Uruguayan veteran Pablo Cuevas has come upon with novel way to relieve the boredom and stay focused as he starts 14 days in quarantine ahead go the Australia Open.

The 35-year-old posted a video on Instagram of himself hitting a ball against a mattress taken from his bed, leaning against his hotel room’s wall to practice.

Cuevas posted the video of his session on Sunday with the caption ‘yes, I’m going crazy.’

‘They told me that the best waves are here in Australia,’ he said in Spanish.

He is filmed hitting the ball against the mattress eight times before yelling ‘finita’, Spanish for ‘finished’.

A cabin crew member and a non-playing participant later tested positive, with all travellers aboard the aircraft placed into mandatory quarantine.