Alexander Zverev took a controversial win which drew a round of jeering as the the 21-year-old German defeated Roger Federer 7-5, 7-6 (5) to book a place in the title match of the ATP Finals.

The victory proved to be unpopular with some of the London crowd due to an unparalleled incident in which a ballboy behind Federer dropped a ball in the middle of a key rally.

As a result under the rules, the point was re-played, with Federer losing it and a few moments later finding himself out of the event.

Some fans booed Zverev during the post-match interview, which became mainly an extended apology from Zverev. 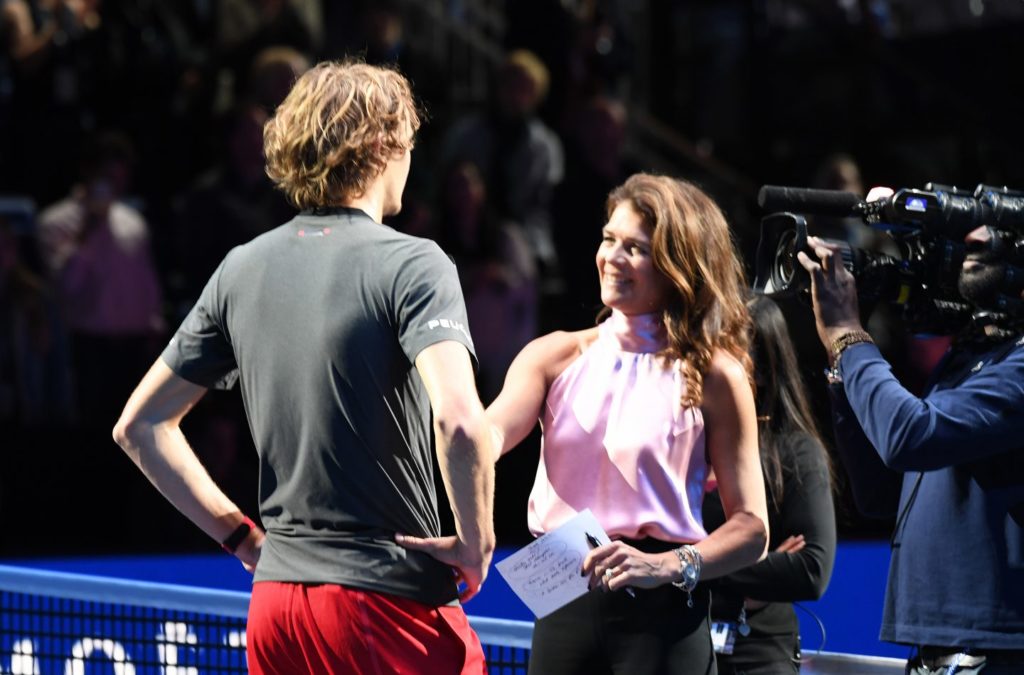 “I apologise for this, he dropped the ball and the rule says we must re-play the point. I apologised to Roger at the net and he said it was OK. It’s in the rules like that.

“I know there are a lot of Roger fans here. He deserves all his support for what he has achieved and what a guy he is.

“He has lots of fans and should have the most in the world. I’m very sorry this happened, I didn’t mean to upset anyone. That’s all I can say.”

Federer walked off court with a wave to spectators who put on a roar as he departed.

“I don’t know if it’s the umpire’s decision or not. I’d probably have said I’ll keep on playing unless the ball rolls into the court. It’s a very difficult call,” the 20-time Grand Slam champion said.

“‘I’m not questioning Sascha’s sportsmanship in any way. I think it’s a bold move for him because the umpire could have just said ‘sorry buddy’.

“It was totally the umpire’s decision with the ball kids and just to make sure they get the facts right.”

Zverev, ranked fifth, who has never been past the fourth round of a Grand Slam, will play for the trophy at the O2 arena against either No. 1 Novak Djokovic or Wimbledon finalist Kevin Anderson.

Federer was denied a chance at a possible 100th career trophy as he lost to a player 16 years his junior. The Swiss now stands 10-5 in year-end semis.

After losing serve to love to drop the opening set, Federer handed over two match points from a forehand volley into the net.

The Swiss saved the first, with Zverev producing a backhand winner of his own to take the win.

Federer wraps up 2018 with a 48-10 match record, and four titles from seven finals including a second straight Australian Open trophy 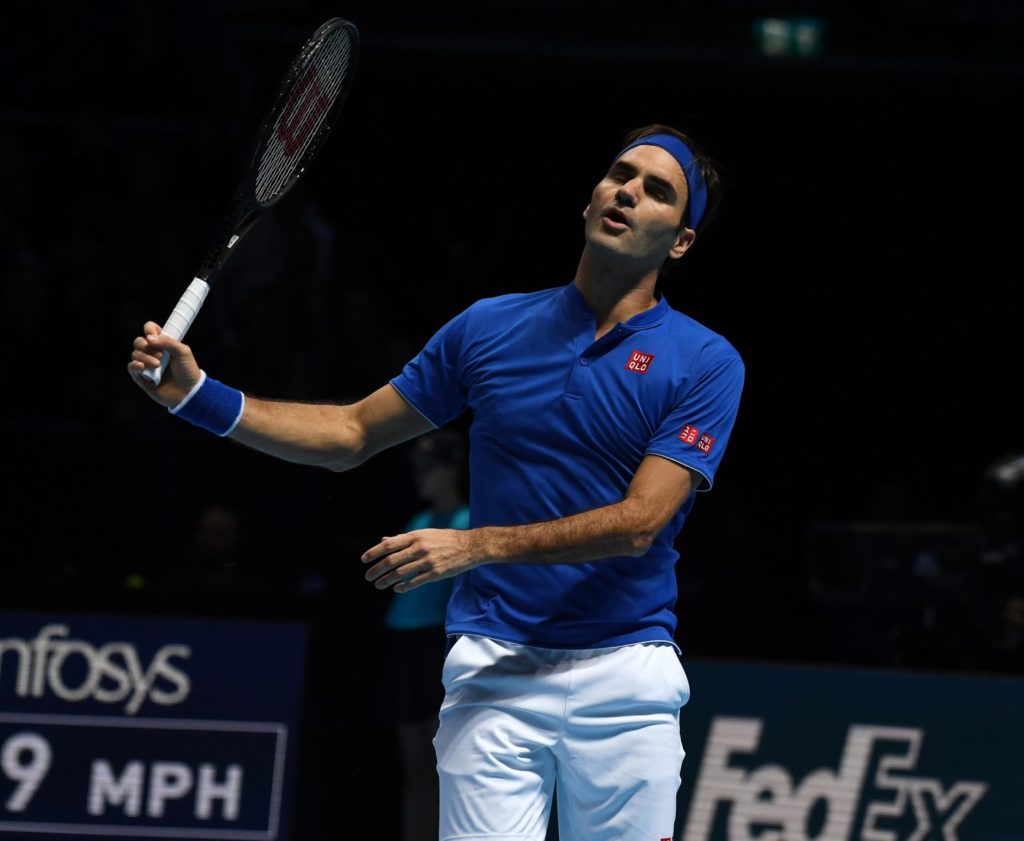 Alexander Zverev has been making his  mark on the ATP Finals and finally began baking up what some consider his over-sized ego with a win over Roger Federer to reach the title match of the ATP Finals.

The 21-year-old German who is ranked fifth in the world, has been working on a regular basis with ironman former great Ivan Lendl in hopes of lifting his game to the next level.

The Czech who sits silently as a stern, frowning figure in the players box made some progress, with his pupil reaching the London semi-finals 7-5, 7-6(5) over Roger Federer.

Lendl follows on in the Zverev camp after the players and another former No. 1, Juan Carlos Ferrero, parted company after a few months together in August.

At the time, the Spaniard complained that his German charge was loathe to front up to practice on time. Zverev said it is apparently not that way with Lendl, the personification of “no nonsense.” 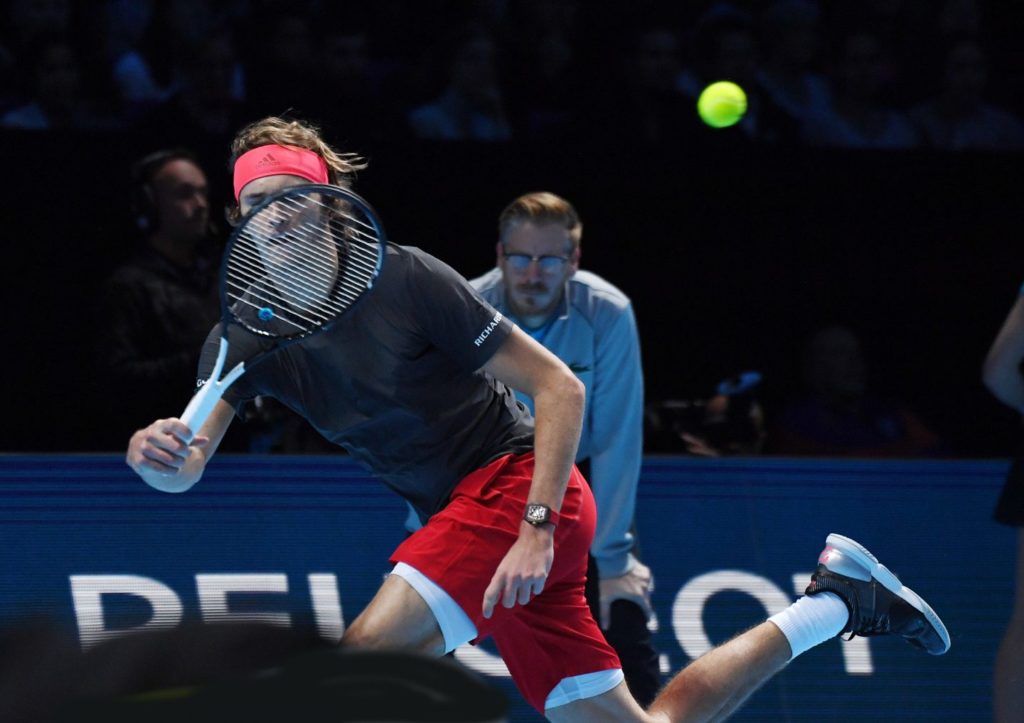 “If you’re going to be strict with me with rules and stuff, the relationship is not going to last very long,” Zverev said. “Lendl understood that very quickly, I think.”

The young gun went on to call his coach “a very, very nice guy,” and walked back his previous comment somewhat by suggesting he had been speaking in jest.

“Lendl’s an unbelievable guy, very warm-hearted. But I don’t need to be put in a corner. I know what I want.”

“I come late to things sometimes, to non-important things, to dinner, or I come five minutes late to the car when it leaves – not to training or anything like that.

“I’m very, very disciplined. I work hard. I like it because I know what I want, and I want to be the best. With any other attitude, you will not be.”