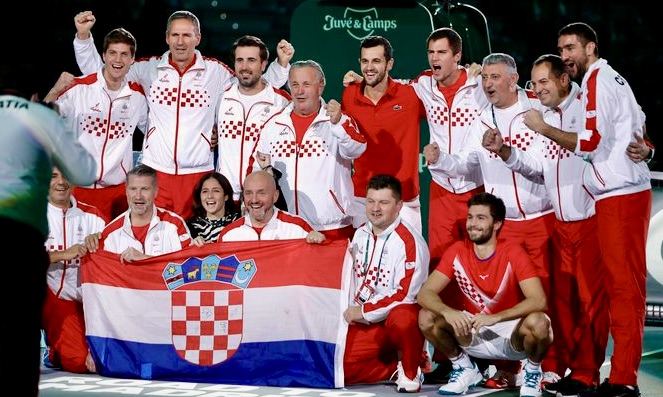 Croatia dumped fancied Italy out of the Davis Cup in Turin on Monday as Nikola Mektic and Mate Pavic beat Fabio Fognini and Jannik Sinner 6-3 6-4 in the decisive doubles match to take the tie 2-1.

Olympic champions Mektic and Pavic then beat Fognini and Sinner to silence a partisan home crowd and secure Croatia a spot in the semi-finals.

Mektic and Pavic were the stronger throughout the doubles, targeting Fognini’s serve to dominate the match.

In a closer first set the pair needed six set points to take it out before wrapping up the tie on their first match point as Pavic fired down an unplayable ace.

Croatia will next face either Serbia or Kazakhstan in the semi-finals in Madrid.

“Honestly, it feels incredible. I don’t think anyone expected us to get this far and it feels amazing to be going to Madrid,” Mektic said.

“It was very tight but my players fought so well. I’m so happy,” Croatian captain Vedran Martic said.

The win confirms their place at next year’s Davis Cup Finals, with the four semi-finalists guaranteed qualification.