Criticism grows over US Open announcement 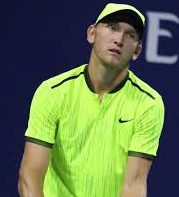 Several players have voiced disappointment at the way tennis is planning to return, since the USTA announced the US Open will go ahead in late August, with Texan Mitch Krueger suggesting the US Open has caved in to demands from elite players.

Outside the top 100 players rely on the opportunity to participate in the slam events to give them some element of financial security, but many believe the cancellation of qualifying events, plus the axing of some smaller events will hit them in the pocket.

Wheelchair tennis has also been cancelled, and that has angered Dylan Alcott, The Australian No.1.

“Three guests per player allowed at US Open this year. We were told on last week’s zoom call that extra guests would come at the expense of draw sizes. And you honestly thought catering to the top didn’t exist?” Krueger tweeted.

Krueger’s criticism is borne out by the fact that the cancellation and shrinkage of the qualifying and doubles events will result in a loss of 256 qualifying entries and 64 doubles teams.

Canada’s Gabriela Dabrowski also weighed in on the changes, saying the cancellation of some elements would result in a bigger gap between the top and the rest.

“Not having qualifying and a smaller doubles draw increase the lack of parity in tennis. We don’t want to disproportionally move the needle even further, creating a bigger gap between those at the top and those who need the income and opportunity for growth,” Dabrowski said.

And 127th ranked Valeria Savinykh didn’t hold back either. She will probably not be able to competein this year’s Open.

Then there was Nick Kyrgios, a constant critic of tennis authorities.

He called out ATP chairman Andrea Gaudenzi for not ‘collaborating’ on the decision.

Kyrgios is unlikely to play in New York, but another Australian, Ryan Duckworth, also cited the lack of communication between the ATP and players.

“It would be nice to get some of my information from the @atptour or @usopen instead of finding everything out on Twitter!,” he tweeted.