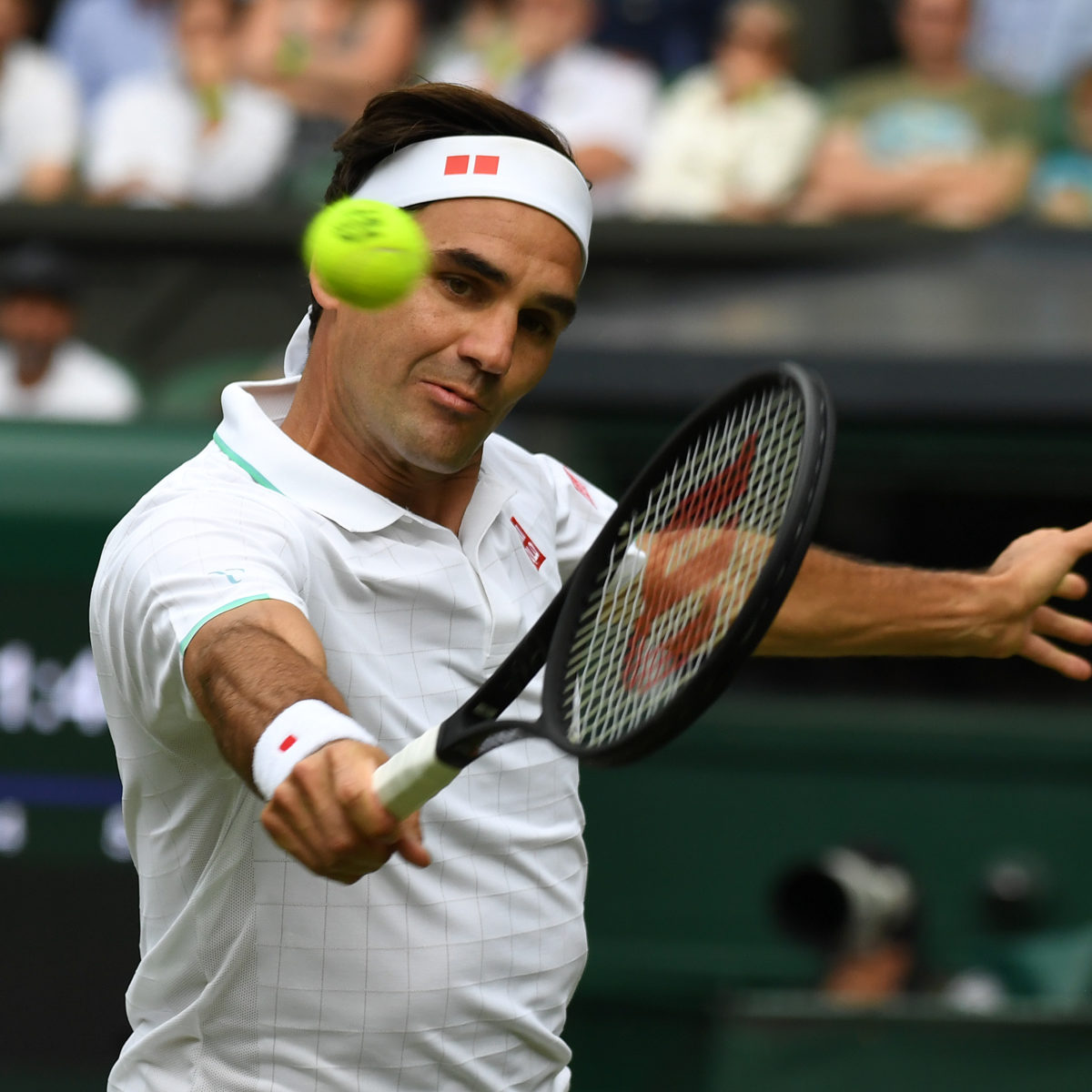 Roger Federer has been riding solo in Wimbledon tournament transport to try and avoid any potential COVID exposure.

The eight-time champion who plays his fourth-round match on Monday against Italian Lorenzo Sonego admits he was spooked by the pre-Wimbledon enforced withdrawal of British women’s No. 1 Johanna Konta.

The WTA player was banned from the event after one of her support team produced a positive virus test, ruling her out of the major.

With players stuck in a mandatory central London hotel a good hour’s drive from  the tennis, the cautious Swiss refuses to take any chances at his hallmark tournament.

Coaches Ivan Ljubicic and Severin Luthi are not allowed along for the ride just to make sure the 20-time Grand Slam winner remains well away from any infection danger with Britain still fighting the pandemic.

“That’s why I’m traveling alone in the car, and we’re extremely careful as a team,” Federer said.

With his usual Wimbledon drill of renting two luxury homes on a quiet street just steps from the club for his family and team, being cooped up in a hotel room on his own has been far from appealing to the gregarious Swiss.

With Sunday’s day off – no play at Wimbledon – looming large, Federer already had his day mapped out.

First order of business: “take a tour of the lobby,” to stretch his legs followed by breakfast.

An hour was easily wasted by the trip to the All England Club for practice followed by the obligatory COVID test and the ride “home.”

Federer was pleased that Croat coach Ljubicic has now learned the Swiss card game Jass and could join himself and Luthi if necessary.

Federer said that he is looking forward to the second week now that this game is rolling along “like a truck.”

“The only important thing is that you survive the first few laps and get rolling, like a truck going downhill and difficult to brake,” he said.

“That’s why I’m very happy with how I felt (Saturday’s win over Brit Cam Norrie) I felt an inner calm and balance, and that was important.

As he prepares to play his 69th Grand Slam fourth-rounder, Federer added: “I’ve got better and better. And glad to have got through safely.

“I feel good physically and mentally, that’s a good sign.”