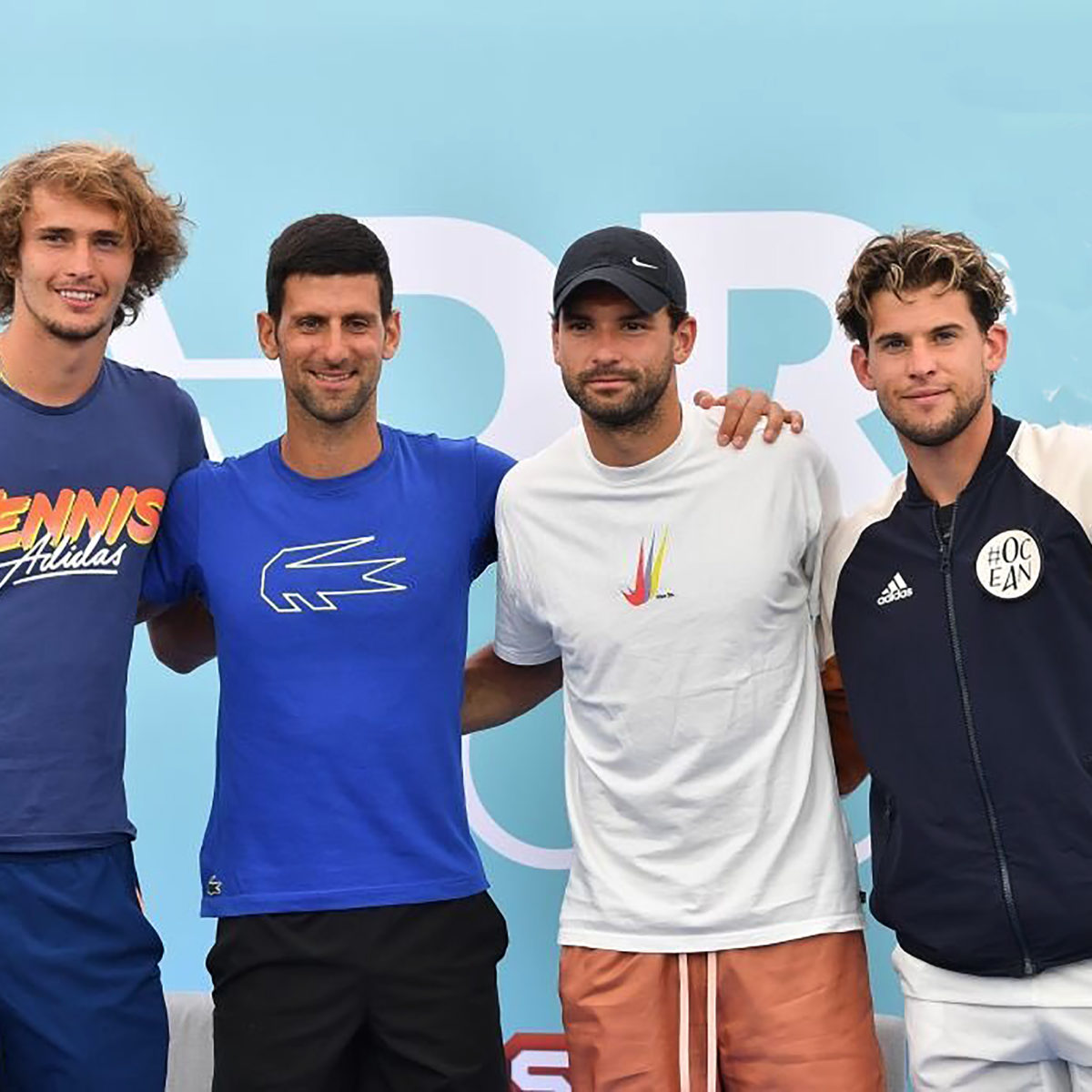 Despite the joy of making a winning start in his own Charity tournament in Belgrade, the Adria Tour, World #1 Novak Djokovic was soon bought back down to earth with the news that the third of the four legs due to be played in Montenegro had been cancelled due to Corona virus issues.

Having comfortably beaten compatriot Viktor Troicki, Novak’s younger brother and tournament director Djordje released a press statement that there would be no Montenegro leg as Serbia is still among the countries whose citizens are banned from entering the Adriatic republic due to the COVID-19 pandemic.

“We’ve been trying to organise this particular leg for weeks but the challenges proved to be insurmountable,” it said.

“We are unable to travel to Montenegro. We hoped that would change but it still hasn’t and this leg of the journey is off.”

The second leg will still be held in Croatia’s coastal resort of Zadar on June 20-21, while the final leg is due in Bosnia’s city of Banja Luka on July 3 and 4.

With just 12,175 confirmed cases and 252 deaths related to the coronavirus, Serbia has eased many of its lockdown measures including the ban on public gatherings, which enabled some 4,000 fans to pack into Djokovic’s tennis complex alongside the River Danube.

The Belgrade leg has bought together some of the big names on the ATP Tour including world number three Dominic Thiem, seventh-ranked Alexander Zverev and number nineteen Grigor Dimitrov.

The 2014 US Open winner Marin Cilic, and Borna Coric will be joining Djokovic in the Zadar leg.