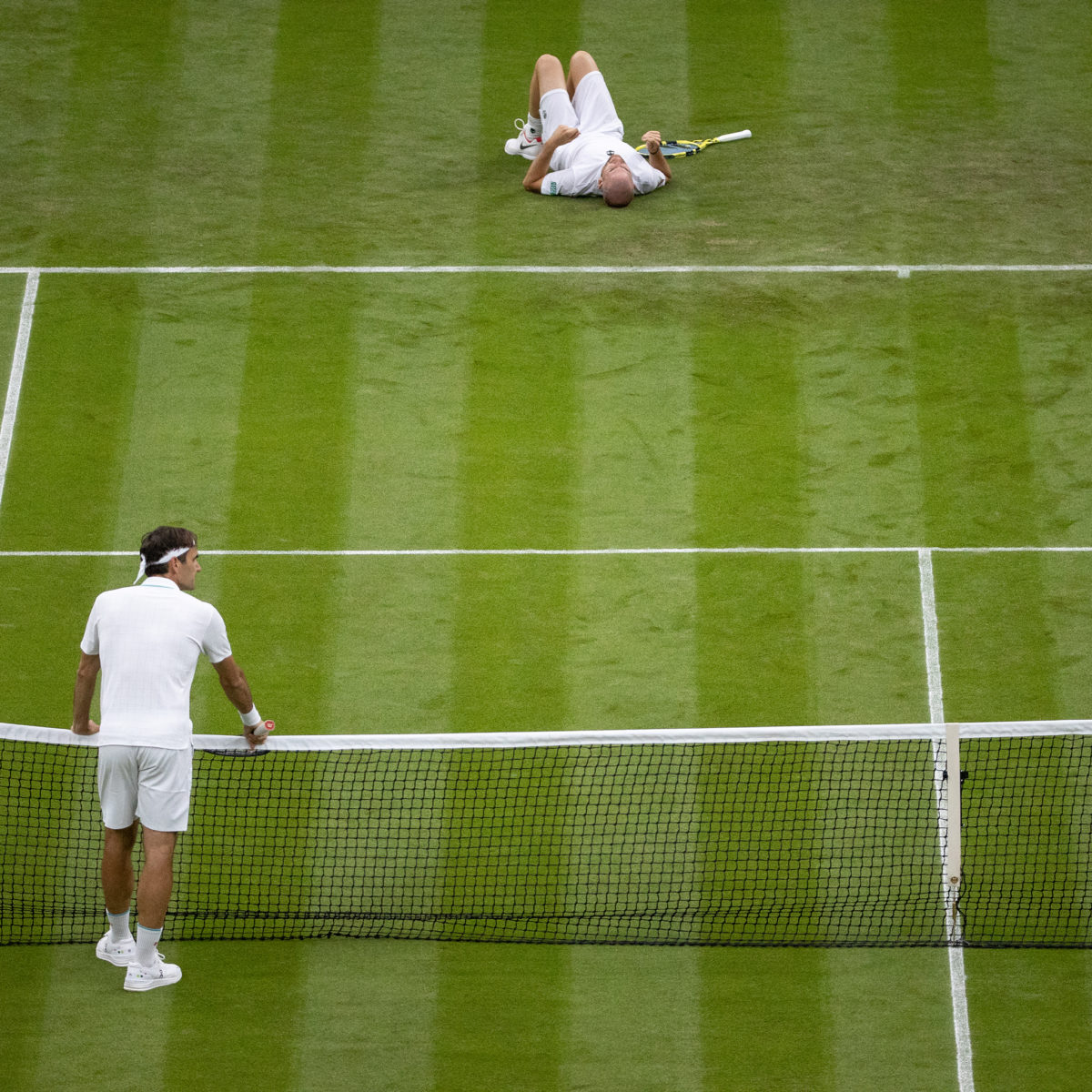 Wimbledon officials released a statement overnight after concerns over court preparations after several players had slipped and injured themselves during matches in the opening two days of play.

Serena Williams was the profile, turning g her ankle and withdrawing from the tournament yesterday, but others who slipped included Adrian Mannarino in his match against Roger Federer and Australian Nick Kyrgios criticised the courts after his match was delayed overnight.

“I was heartbroken to have to withdraw today after injuring my right leg,” Williams said.

“My love and gratitude are with the fans and the team who make being on Centre Court so meaningful.”

‘I think I just sprained my knee,’ Mannarino said in a post-match press conference. “A basic grass court injury that happened to me before in the past 10 years when I was playing qualies in Roehampton.

‘I felt the same sensation on court. I just slid down and it was really slippery. I heard a big crack and I knew straight away that I wouldn’t be able to do anything anymore.”

Kyrgios tweeted: “They’ve made it slow. This isn’t grass anymore. This is slow. Slow.

“Try watering it. Make it a grass court again, thanks.”

Novak Djokovic said he did not recall “falling this many times on court” after several tumbles in his opener against Britain’s Jack Draper on Monday, while Andy Murray said it was “extremely slippy out there”.

The preparation of the grass courts has been to exactly the same meticulous standard as in previous years. Each grass court is checked by the Grand Slam Supervisors, Referee’s Office and Grounds team ahead of play commencing, and on both days of the Fortnight they have been happy with the conditions and cleared the courts for play.

The weather conditions on the opening two days have been the wettest we have experienced in almost a decade, which has required the roof to be closed on Centre Court and No.1 Court for long periods.

This is at a time when the grass plant is at its most lush and green, which does result in additional moisture on what is a natural surface.

With each match that is played, the courts will continue to firm up.

The Grounds team and Sports Turf Research Institute (STRI) take hardness readings every morning in order to ensure that the courts have the right level of moisture and are playing consistently.

Our long-serving Grounds team have experienced nearly every combination of weather conditions possible. They keep abreast of and utilise the latest grass court technologies, prepare for every weather eventuality and react to the current conditions on a daily basis.

We will continue to monitor these readings and adjust our care plan for the grass appropriately.