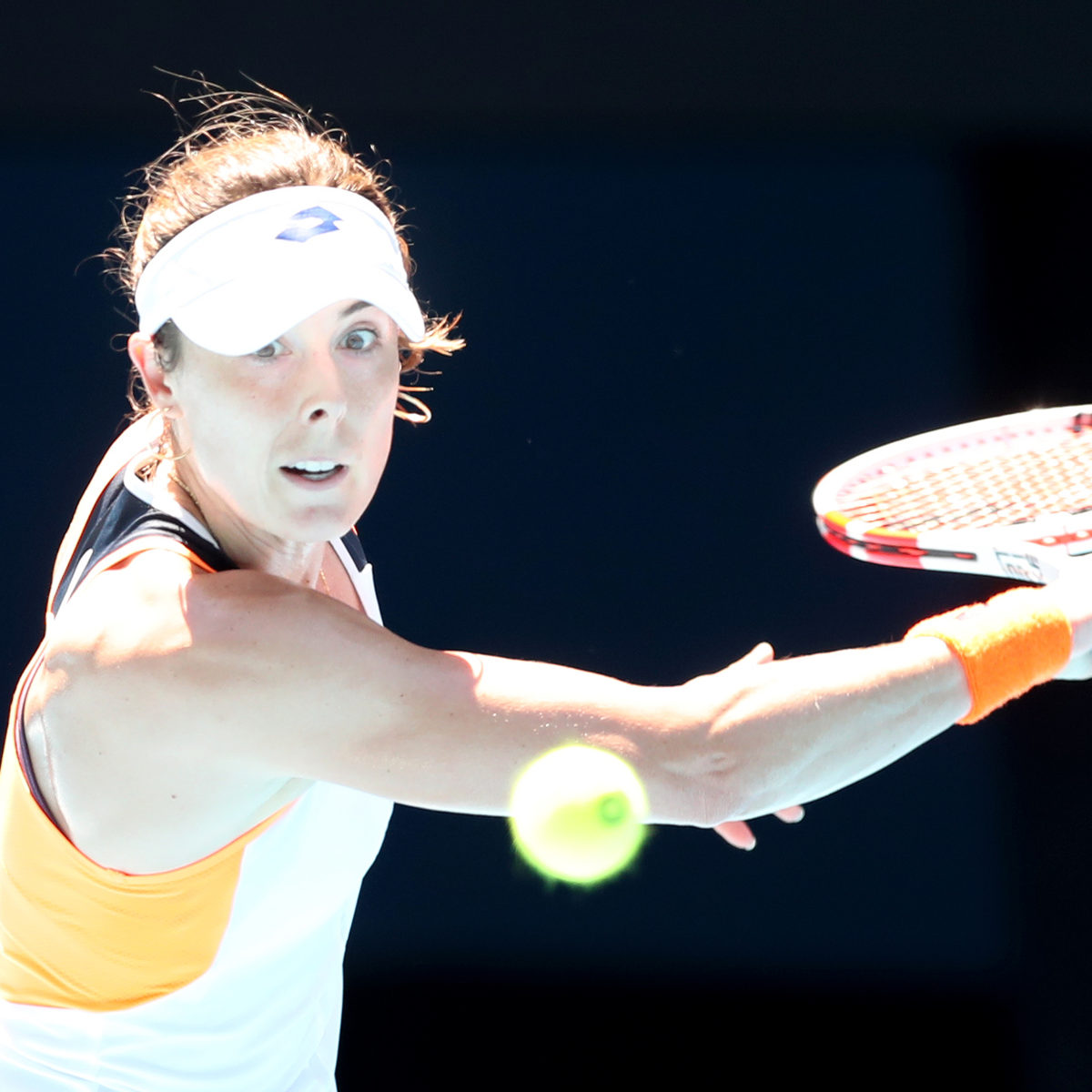 The Australian Open threw up another surprise one Monday as France’s Alize Cornet beat No. 14 seed Simona Halep 6-4 3-6 6-4 to reach her first ever Grand Slam quarter-final.

“It feels amazing,” Cornet said after the match.

“It was a battle with Simona today in this heat after 30 minutes of the game we were both dying on the court. We kept going for two and a half hours with all our heart.

“Congrats to Simona because I know she struggled a lot and I admire this player so much. She’s such a fighter and an example to me. To beat her today to go to my first quarter-final is a dream come true. I don’t know what to say. It’s just magic.

Halep twice held a two point lead in the first stanza, but Cornet broke back and wrapped up the set.

And Cornet went 3-1 up in the second before Halep fought back and reeled off five games in a row to level the match, with Cornet hitting 16 unforced errors.

The stifling heat got to both players but Cornet kept the coolest as she kept up the pressure on Halep with the Romanian visibly suffering from heat exhaustion.

Both players took an extended break before the deciding third set, with Cornet going for a change of kit and at 3-3 it was anyone’s match.

Cornet then hit a superb backhand winner down the line to get a break point and then converted as Halep’s return hit the net.

Halep was struggling but saved two match points before Cornet served for a quarter-final spot.

When Halep hit a service return into the net it was all over.

Cornet will play USA’s Danielle Collins after she beat Elise Mertens in three sets earlier in the day.