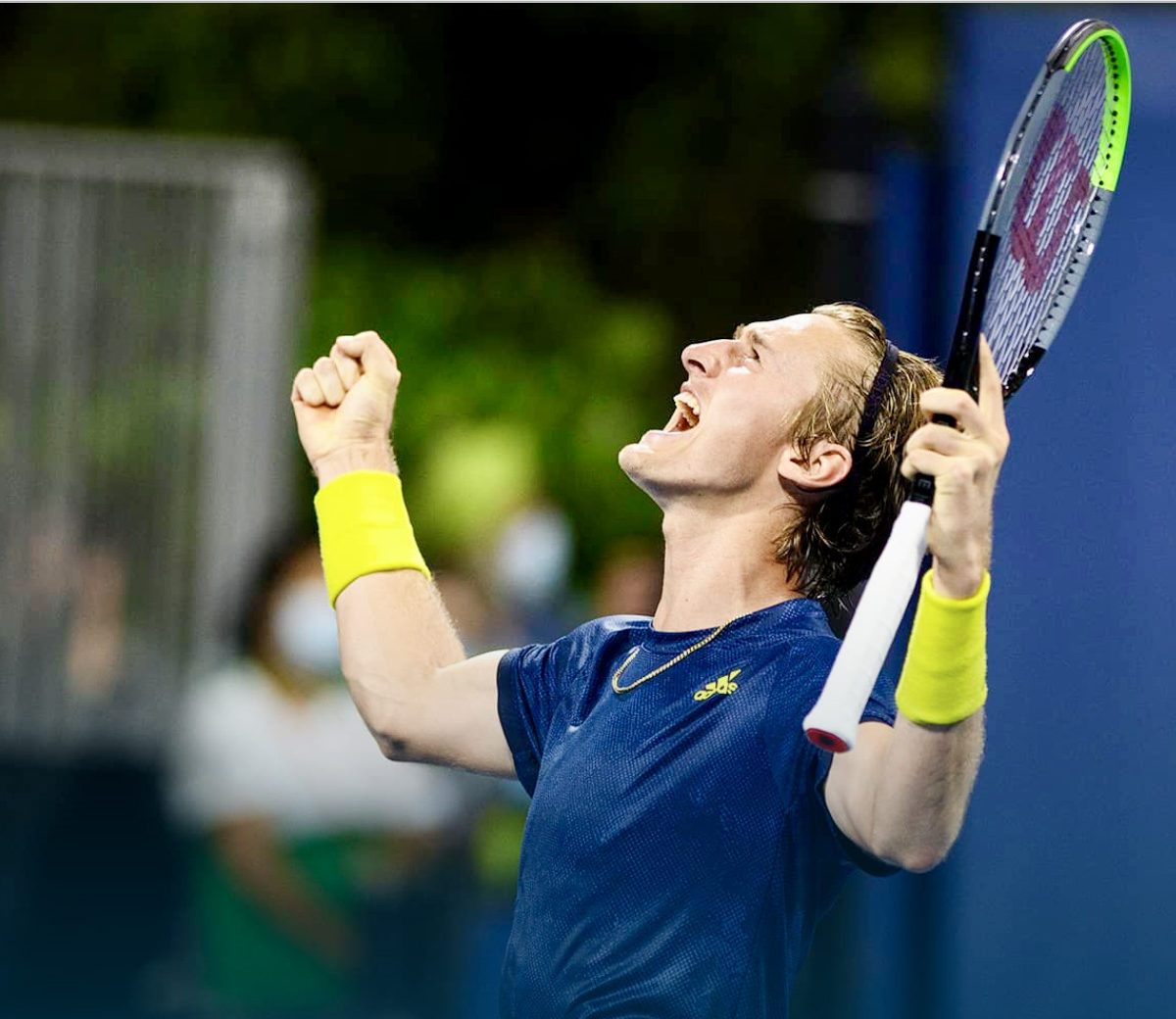 Sebastian Korda beat off the late challenge of fifth seed Diego Schwartzman to score an upset 6-3, 4-6, 7-5 victory at the Miami Masters on Tuesday evening.

Korda will meet Andrey Rublev in his second career ATP Tour quarter-final after then Russian beat in Cilic.

“He made it tough. In that first set I served super hot, but he didn’t serve that well,” Korda said.

“But then he picked it up and he was just fighting and he was playing some really good tennis after that, and then the third set was just a battle.

“I played an incredible match today. I think mentally I was great out there. I stayed calm. Even when in the tight situations I believed in myself and I went for it.

“I’m super proud of that. Yeah, just a lot of joy inside. All the hard work that I have done with my team is paying off.”

The Argentine dug in to win three second set but Korda, after s blistering first set win, was in no mood to lose.

Sloppy played from Schwartzman gave Korda an early break and the American took advantage to win the tie.

“My parents are super big on just baby steps,” he said.

“You can play tennis for so long if you stay healthy for 15-plus years. Especially guys now they are playing until 40, it’s incredible.

“There is a lot of years ahead of me. Any win is a good win. I’ll always put my head down and keep working, and hopefully one day I could achieve something that my dad achieved.”