Rafael Nadal has voiced his displeasure over Wimbledon’s quirky seeding system that is likely to see the world No. 2 reduced to a third seeding when the grass-court major start on Monday.

The 12-time French Open winner also owns a pair of grass titles at the All England Club, obtained in 2008 and 2010 and is not happy about the looming status downgrade.
Despite standing second in the ATP ranking behind Novak Djokovic,  Nadal is set to be placed third, with eight-time titleholder Roger Federer set to be promoted to second.
That is only possible under Wimbledon’s very particular rule which allows the committee to seed according to grass prowess instead of going by the Tour rankings.
The whole concept does not sit well with the 33-year-old, who told Spanish TV outlet Vamos:
“Wimbledon is the only tournament of the year that doesn’t follow the ranking. It’s  their choice.
“Either way, being second or third seed, I have to play at the best level to aspire to the things I aspire to. It is better to be second than third, but if they consider that I have to be third I will accept.

“I don’t think it’s a good thing that Wimbledon is the only one with its own seeding formula.”

Seedings for the grass-court major were revealed on Wednesday; with Federer indicating on Sunday when he won a tenth Halle trophy that he had already heard that he would be seeded second.
Should Nadal fall to third, it would force him to beat both Federer and Djokovic in order to win a third title. Nadal repeated dissatisfaction with the unique system.
“The only thing that doesn’t seem right to me is that it’s just Wimbledon that does it. If everyone did it, I think it would be appropriate or correct,” Nadal said, obviously aware that he would take the top Roland Garros seeding on clay every year.
Women’s seeding usually follow the WTA list, but can be changed if required.
Last year’s 12th seed and the reigning champion, Novak Djokovic will be top-seed for the sixth time at Wimbledon. Roger Federer and Djokovic will be at opposite ends of the draw and will not play each other before the final. Last year’s semifinalist and the two-time Wimbledon champion, Rafael Nadal is seeded third.
The World No.2 Nadal adds 855 points (which are determined from his past two year’s performance at Wimbledon) to his ATP Ranking points and it comes to be 8,800 points, whereas the Federer’s tally aggregates to 8,980 points. 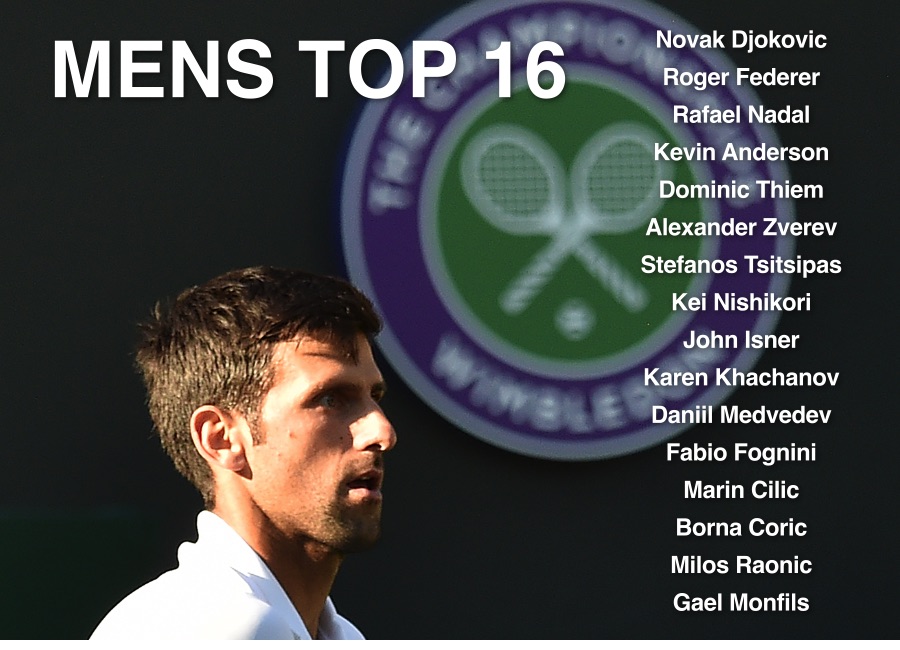 The new World No.1, Ashleigh Barty, kept her top-seed spot for Wimbledon Championships 2019 after her victory in Birmingham yesterday. She replaced Naomi Osaka from the summit and the Japanese will be the second seed at Wimbledon this year. The reigning champion, Angelique Kerber takes the fifth seed spot and the seven-time champion and the reigning finalist, Serena Williams is seeded 11th. 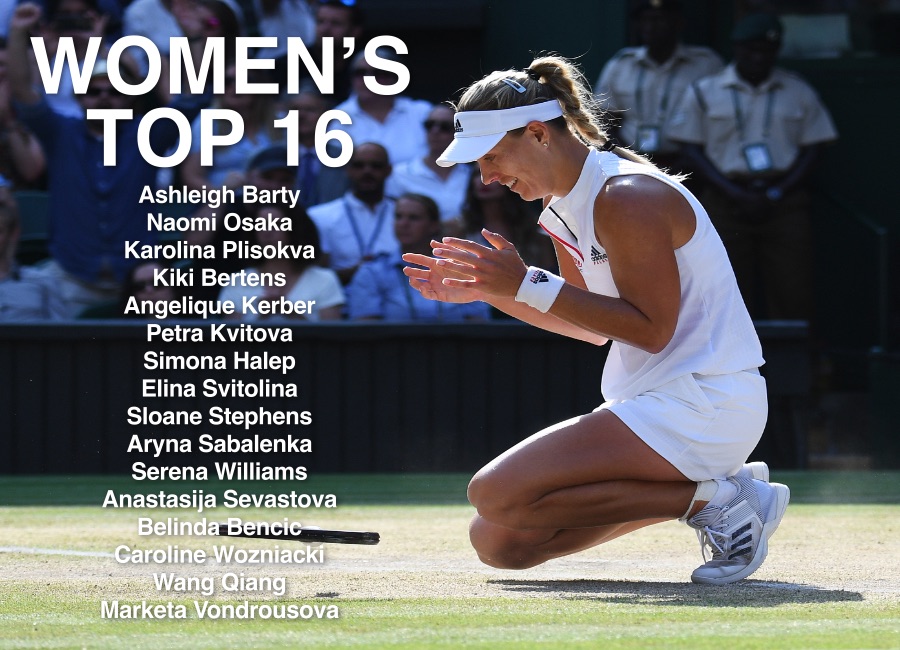 The seeds are the top 32 players on the ATP ranking list, BUT then rearranged on a surface-based system. Since 2002 a seeding committee has not been required for the Gentlemen’s Singles following an agreement made with the ATP.

The seeding order is determined using an objective and transparent system to reflect more accurately an individual player’s grass court achievements. It is based on giving additional credit for grass court performance in the two year period immediately before the date used for seeding for The Championships. The formula is:

The draw for Wimbledon will take place on Friday.