Anisimova downs Halep, Nole and Thiem through to semis

Novak Djokovic and Dominic Thiem underlined their French Open consistency, with the seeded pair coming through rain-postponed matches on Thursday to set up a high-voltage semi-final.

Roger Federer and Rafael Nadal had already lined up their showdown at the bottom of the draw, putting the worlds top four players into the semis.

Djokovic recovered from a break down in his opening set with Alexander Zverev, then accelerated past the German – who had 40 unforced errors – to complete a 7-5, 6-2, 6-2 quarter-final win. 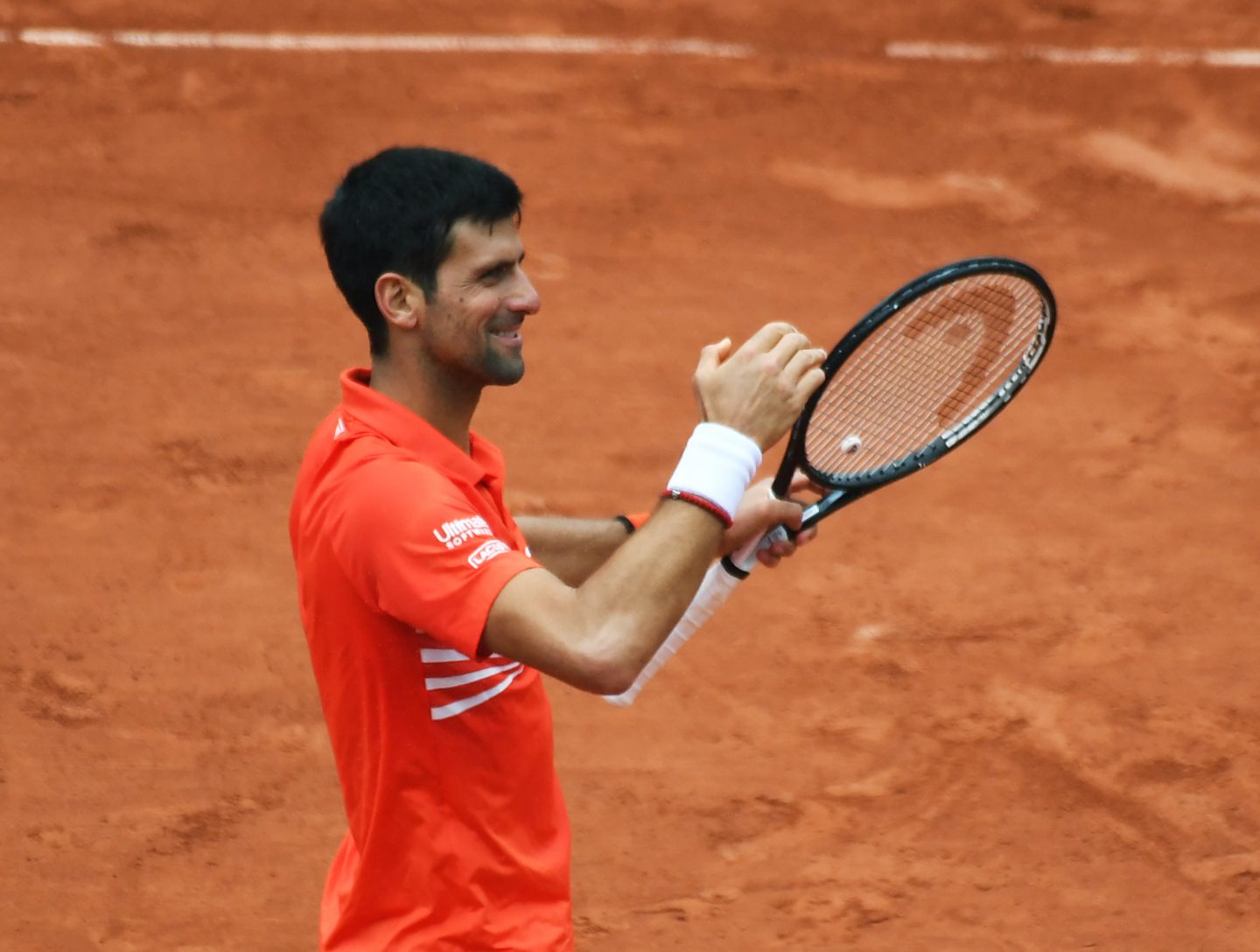 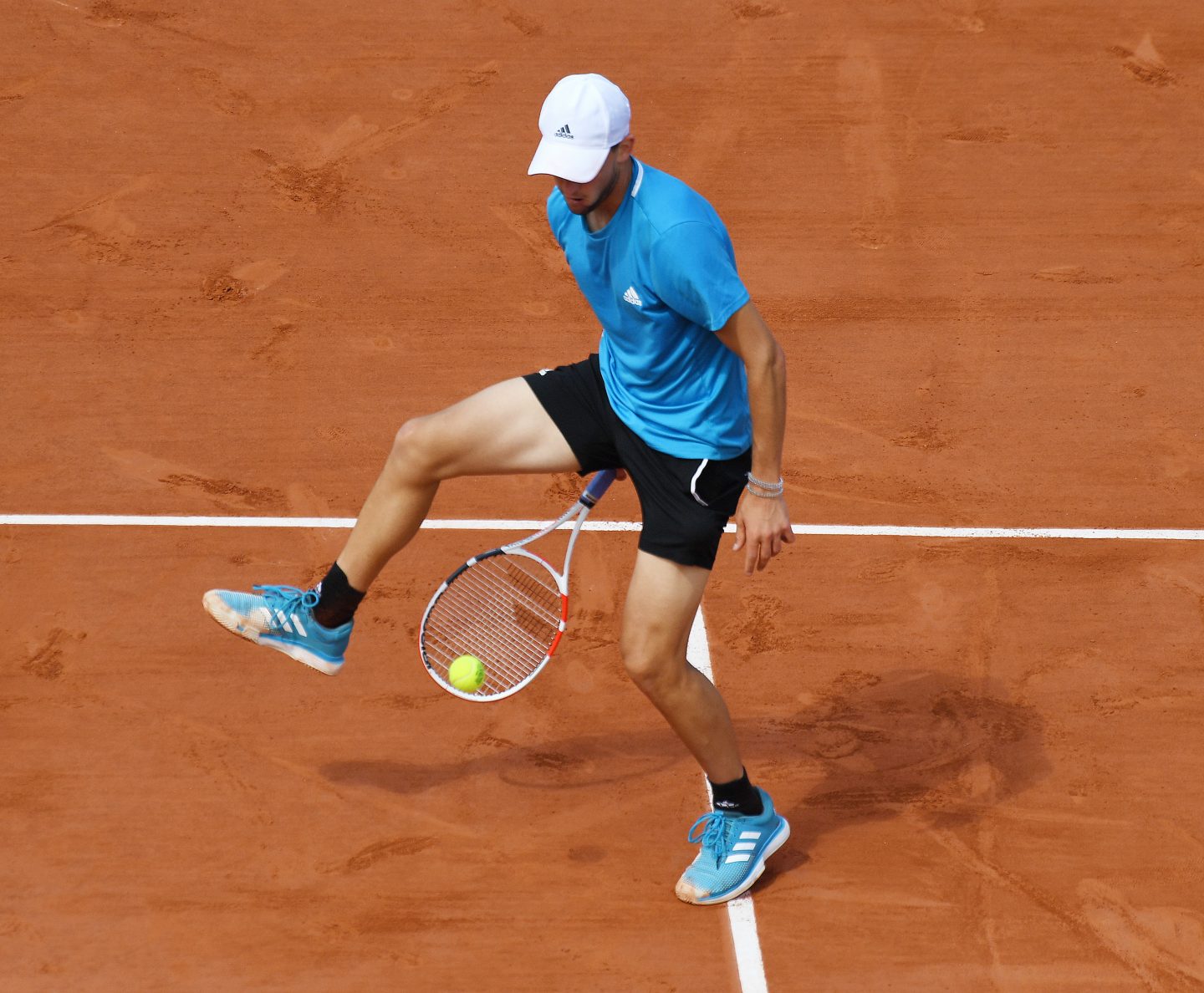 “It’s great to have the top four competing in the semis at the biggest event because it brings even more rivalry, more importance to those matches and to the tournament in general.

Top seed Djokovic was relentless in winning his 26th consecutive Grand Slam match, putting himself two wins away from a fourth consecutive title at the majors.

“Zverev was a big challenge to me, I was 3-5 down in the first set, then I played five or six perfect games.

“I started hitting cleaner even if we had wins. It was nice to finish the match after the rain-off yesterday.”

ATP Finals title-winner Zverev missed out by a wide margin on becoming the first German into a Grand Slam semi-final since Tommy Haas at 2009 Wimbledon.

Zverev handed over the second set to Djokovic with a shocking run of three consecutive double-faults and had no chance of a recovery as the Serb completed the rout by winning the third set. 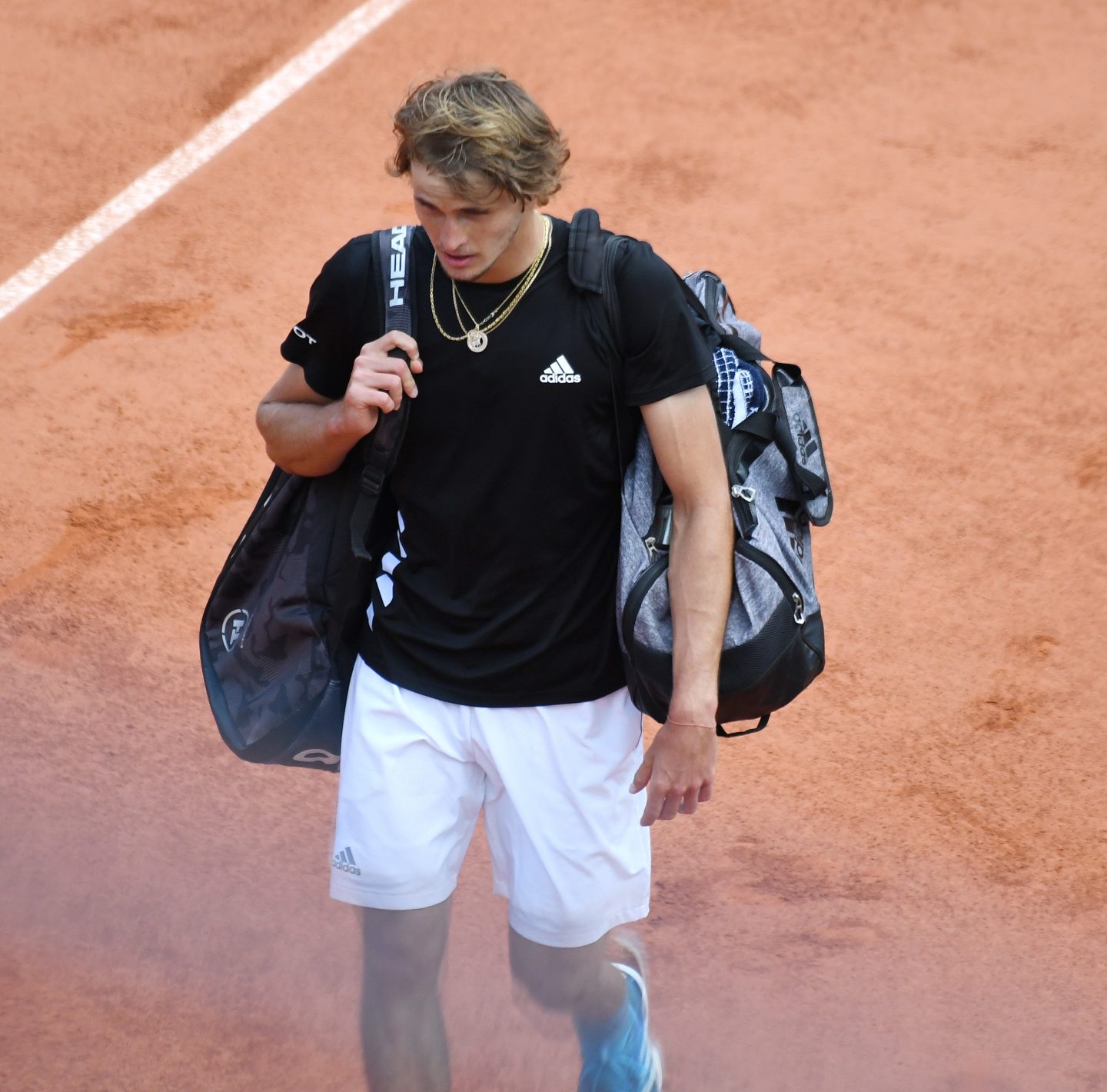 Fourth seed Thiem, who was taken to four sets in the third three rounds, produced his second win in a row in straight sets, going through in one and three-quarter hours. He fired 29 winners and never faced a break point.

“It was a very good match, controlling the points was the key,” the Austrian said, “I tried to be the first to take control with the forehand. 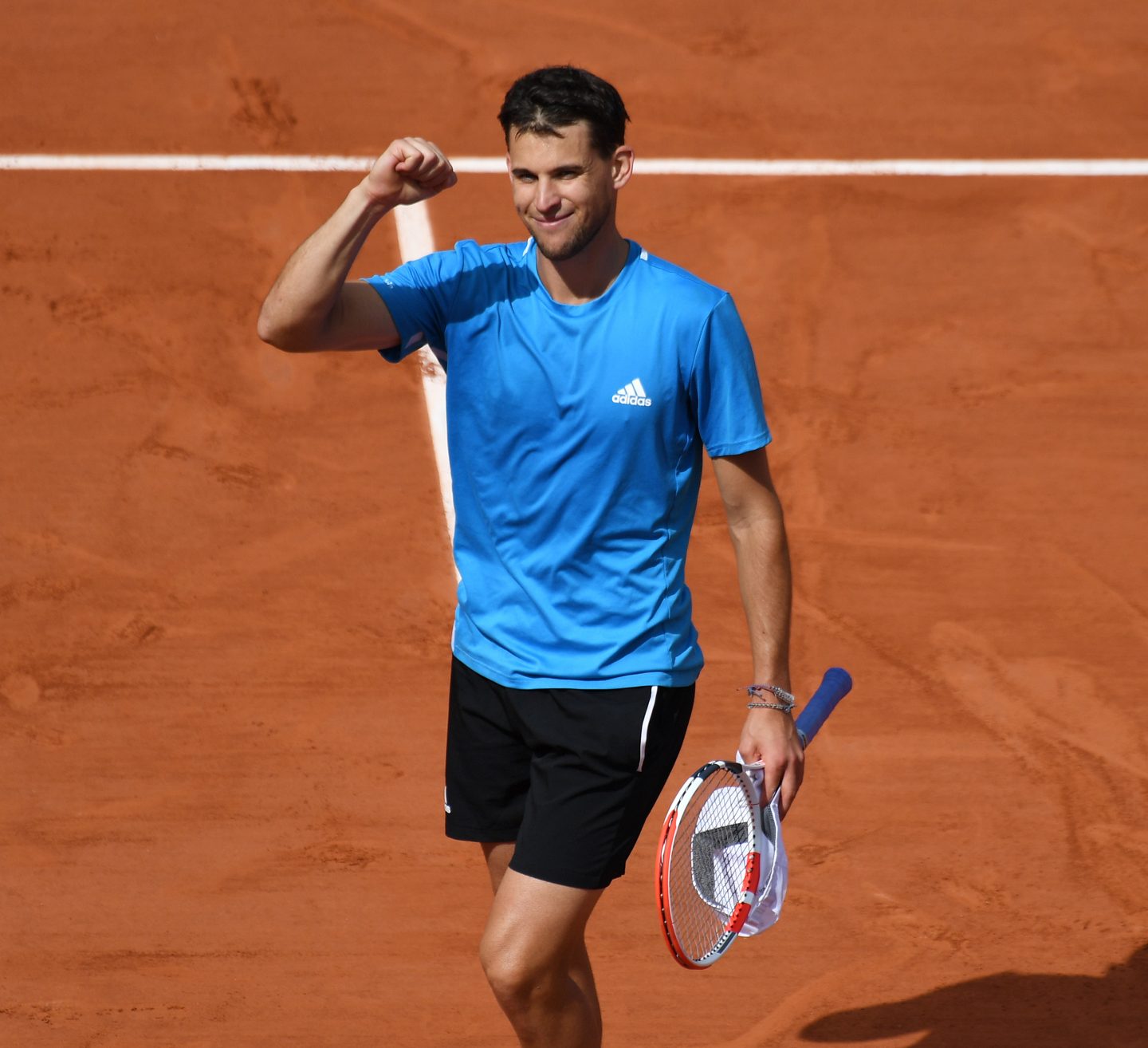 “I didn’t miss a lot today. It’s amazing, a dream to be in another semi-final here. I’m just a bit tired, since we didn’t play yesterday as scheduled (rainout).”

American teenager Amanda Anisimova turned the women’s tournament on its head as she knocked out Simona Halep 6-2, 6-4, taking barely an hour to dethrone the defending French Open champion.

The 17-year-old No. 51 called the upset quarter-final win “one of the best matches I’ve ever played.” 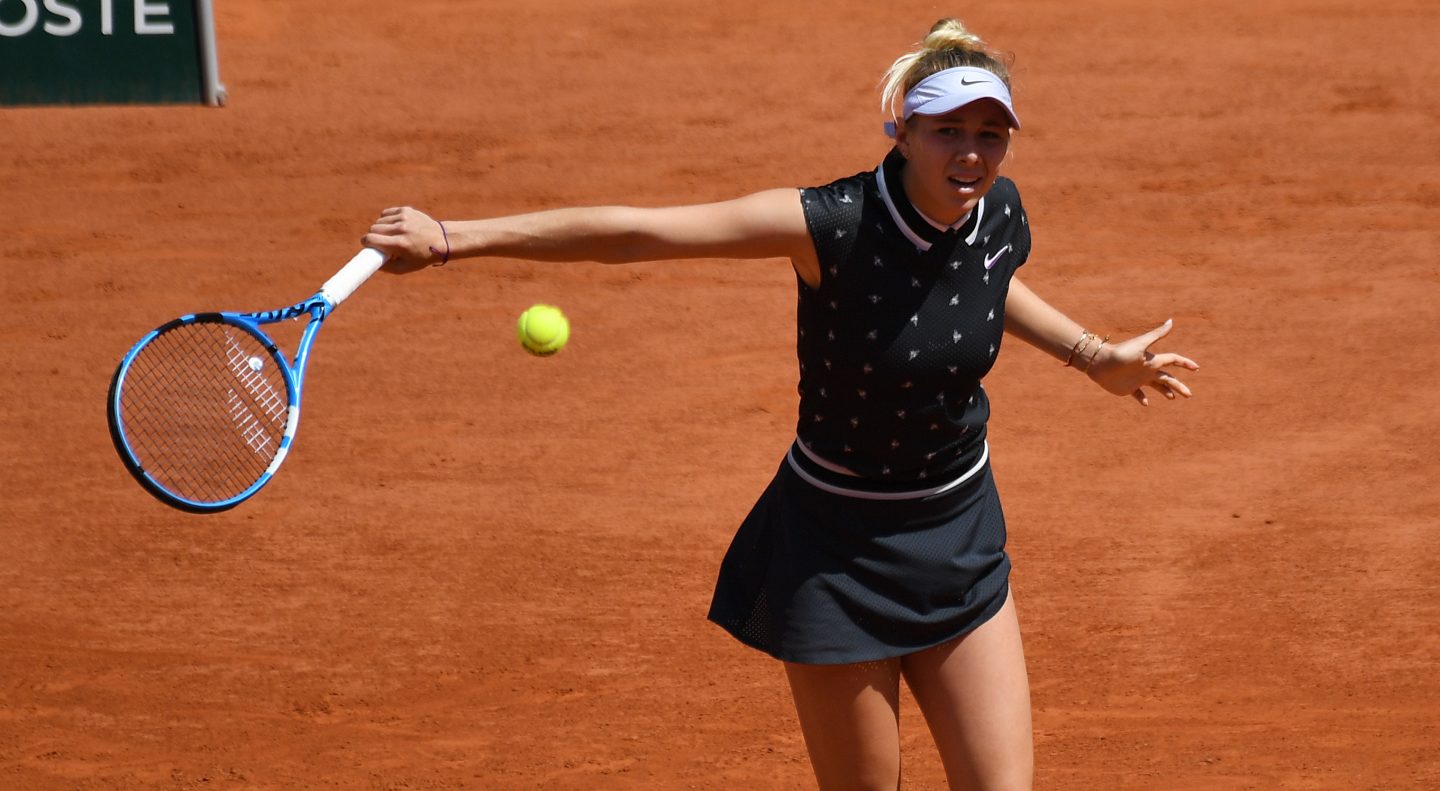 “It’s crazy. I really can’t believe the result today,” the winner said. “Getting the opportunity to play against Simona, that’s amazing – but how it ended is even crazier to me.”

Australian eighth seed Ash Barty booked the spot opposite Anisimova with her 6-3. 7-5 defeat of former US Open finalist Madison Keys.

The other Friday semi-final will be contested between Briton Johanna Konta and Czech Markita Vondrousova.

Halep was broken four times while managing just one of seven chances against Anisimova, US Open junior winner in 2017 playing in only her fourth Grand Slam.

Anisimova, first player born in the 21st century (2001) to reach a semi-final at a major, ran off seven games on the trot to win the opening set and take a 3-0 lead in the second.

The youngest American to get this far at a Grand Slam since Venus Williams at the 2007 US Open lost serve in the seventh game after leading a set and 4-1, with Romania’s Halep desperate to try and fight back into contention. 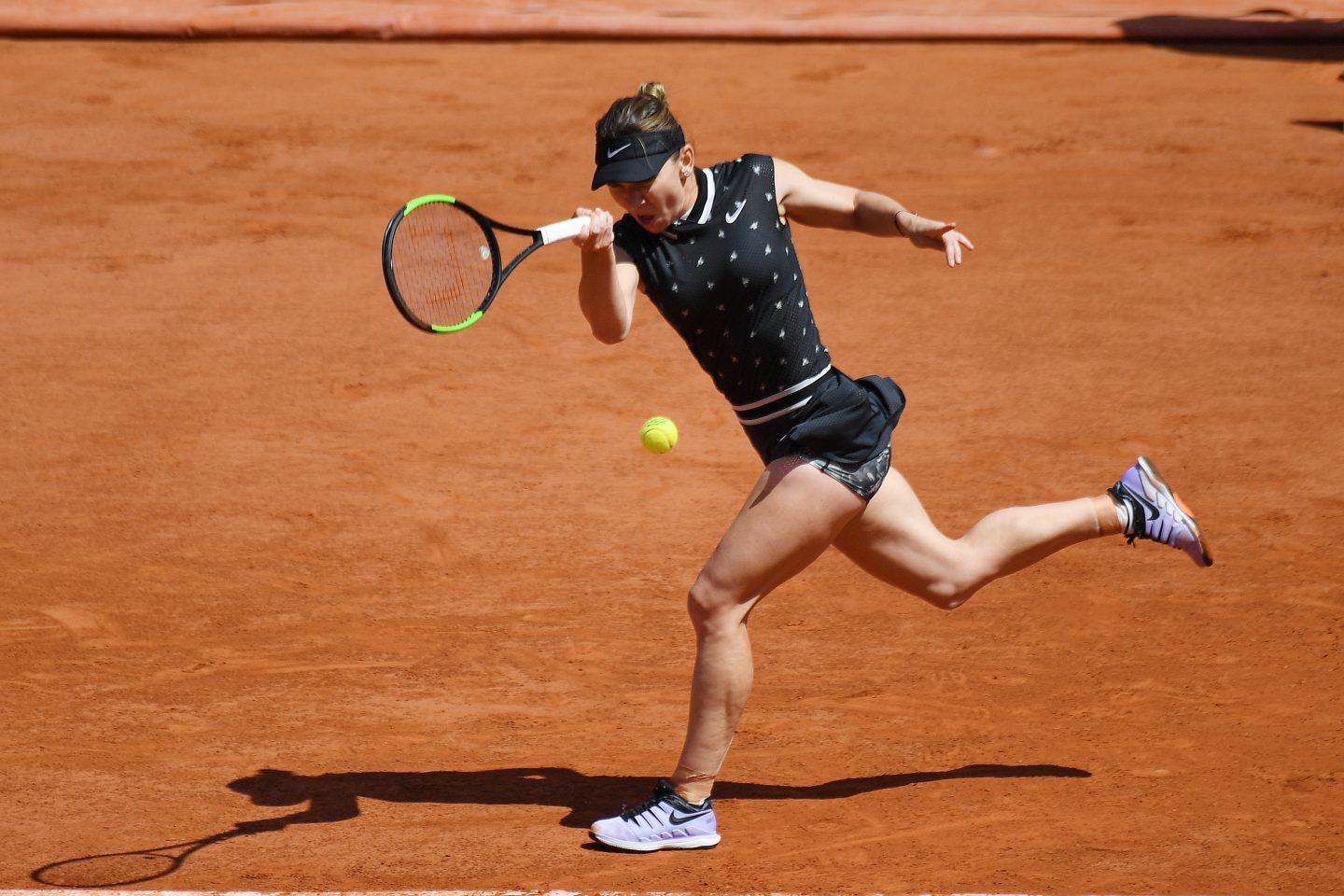 But Anisimova proved herself with a break in the final game with a backhand winner down the line to send the third seed out of the clay court major.

“I’ve been working so hard on my game, but I didn’t think it would pay off like this,” Anisimova said.

“This is more than anything i could have asked for. I went out there knowing I’ve been playing well every single day and reaching the quarters.

“This was not an easy win, I’m really happy with my performance,” she said after dismissing the former No. 1.

“I knew if I was going to win today, I’d have to do something different.”

Halep accepted her loss, saying she was simply outplayed: “She played great today, she made a good match, a big match.

“Every time I lose, I’m sad. And I’m a little bit upset because I couldn’t make my game. I couldn’t move normally.

“I’m happy with the result. It’s not bad at all to make quarter-finals at a Grand Slam. Coming as a defending champion, the pressure was on.But I think I had good matches, and I’m leaving this tournament with positive thoughts.”

The match was delayed for a day by a total washout on Thursday, the result means that the eventual women’s champion faces  two matches in the next 48 hours if the Saturday final schedule is to be met.

But poor weather forecast for Friday could mean a total rewrite of the order of play, with worried officials hoping for a change in the somewhat grim forecast.

Online controversy has broken out, with both women’s semis to be played from 11 am in the two secondary showcourts, Suzanne Lenglen and Simonne Mathieu while the men’s semis  are both set for the Chatrier venue.

Barty took her revenge from Keys after losing to the American in the 2017 first round here.

The Australian advanced to her best Grand Slam showing in 69 minute on her first match point. 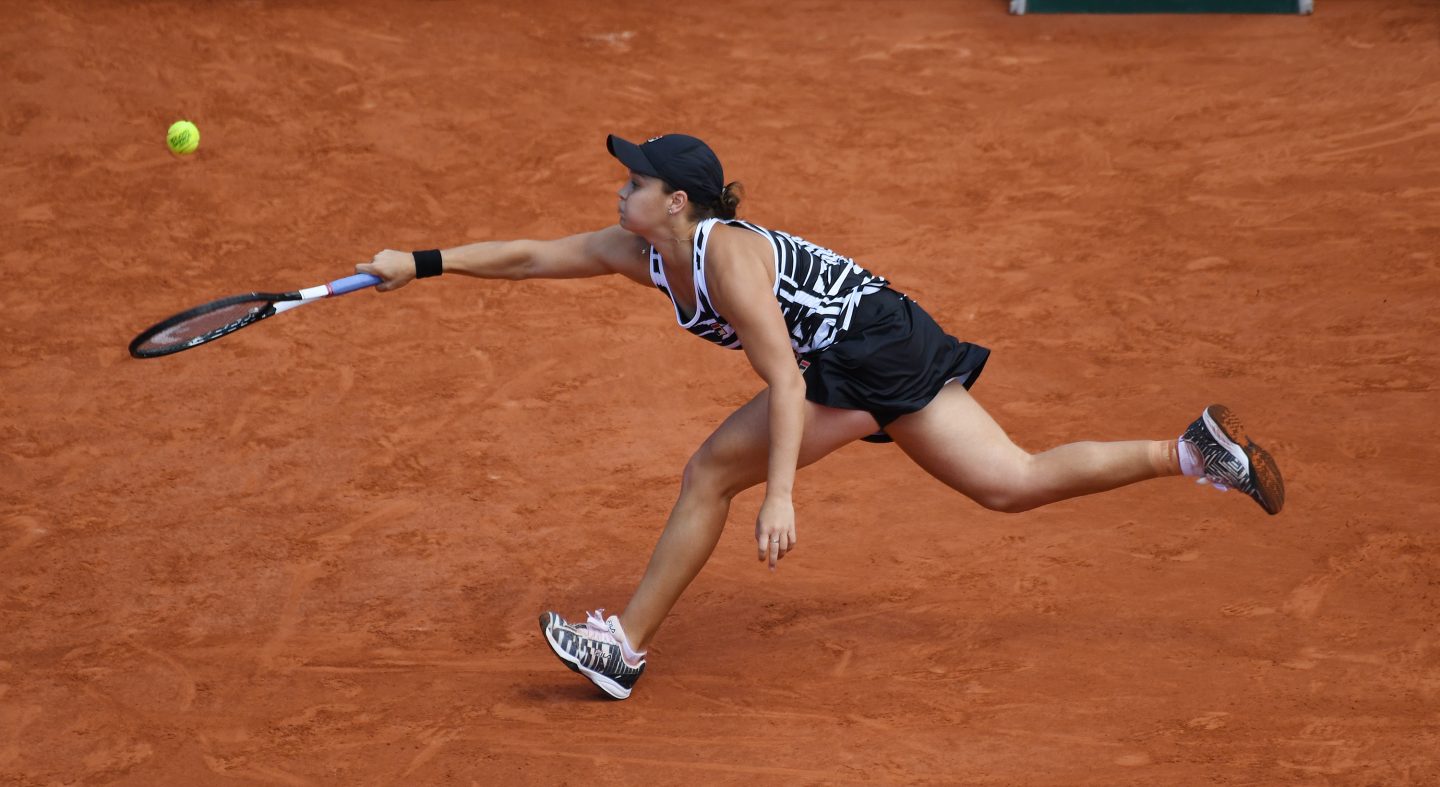 The world No.8 took out the first set in under half-an-hour after converting her fourth set point against the American and clinched the match on her first match point.

Barty duplicated the 2016 Paris semi-final of Sam Stosur, who also reached the final four in 2012.

“That’s probably close to my best match that I have played over the last month on the clay,” Barty said.

“I had one little blemish there, trying to serve out the match in the first time.”

“It was a really clean match, I felt like I was in control. Really, really happy with how I went about it.”

Barty said she is not fussed about the weather-influenced semi-final scheduling.

“Obviously we would have loved to play on Chatrier. But I’m excited to be in a semi-final, it doesn’t really matter which court I play on.

“I’m going to be ready to play. But all four of us will be ready and prepared and go out there and enjoy it.”