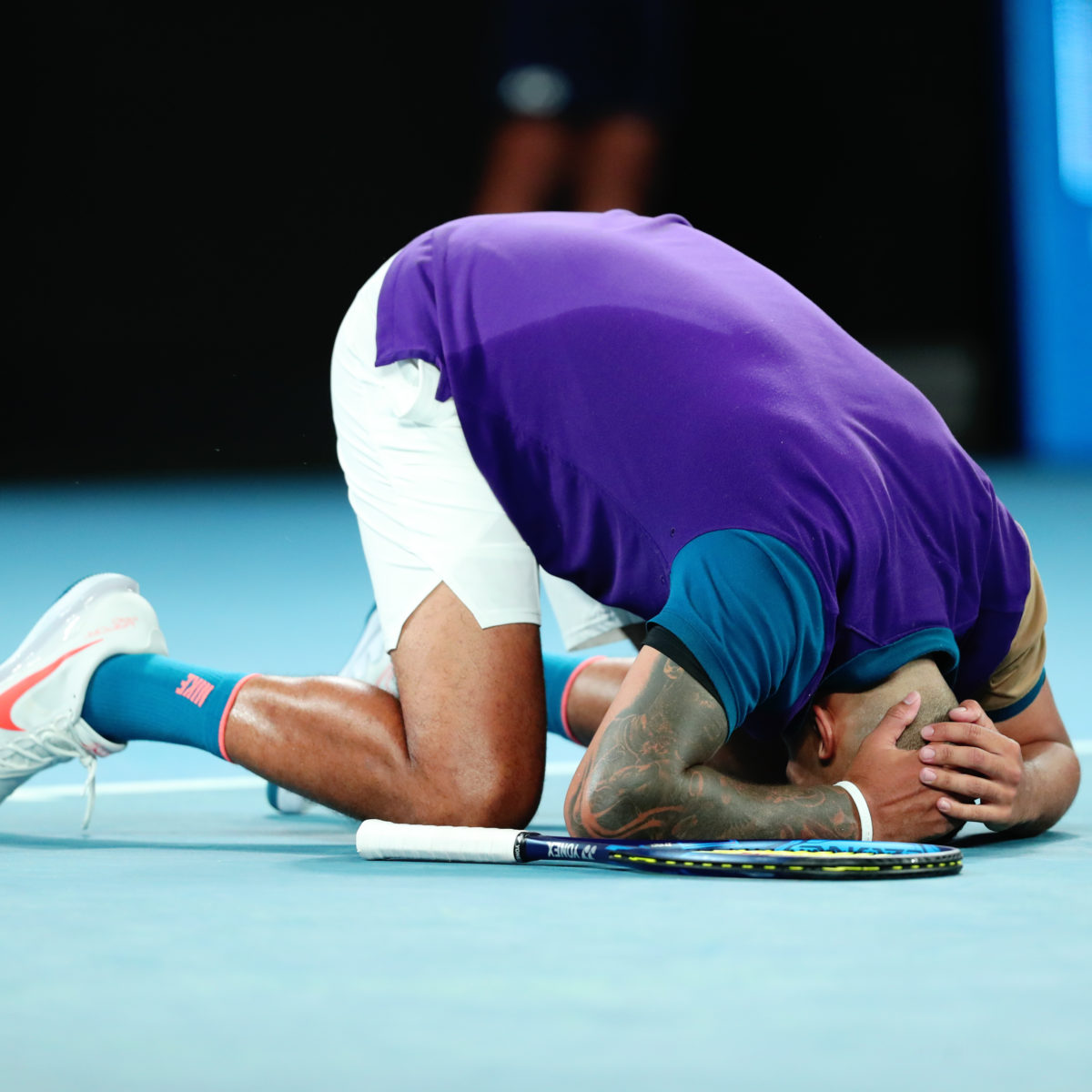 Kyrgios was on the brink of elimination as Humbert served for the match at 5-4 in the fourth set, but a forehand return saved him from defeat.

Humbert claimed the opening set after Kyrgios had gifted him a series of poor shots.

Then the Frenchman gifted his opponent the opportunity to come back in the second, as he missed a series of groundstrokes.

The outspoken Aussie attacked Humbert’s backhand to take his chance and served to level the match.

The third set was similar – neither player able to capitalise on the other.

Humbert was first in front, the Kyrgios returned before committing a double fault and then dropped serve. The Frenchman closed the set with a love service to move one set from victory.

Humbert looked to have the advantage in the fourth, his serve unsettling Kyrgios but he couldn’t kill his opponent off.

Kyrgios ket coming back with a strong forehand, then landed a backhand passing shot to stay in the match.

The local hero dominated the tiebreak to send the match into a deciding fifth set.

And Kyrgios didn’t disappoint. With the crowd behind him he broke first at 1-1, then uncharacteristicly kept his cool to grind Humbert down to win the match.

Earlier Kyrgios had rowed with umpire umpire Marijana Veljovic after consecutive serves that appeared to clear the cord were called back.

“It’s ruining the game. Will you turn (the ‘let’ calling machine) off?” Kyrgios asked Veljovic.

“I’m not playing until you turn it off.”

“There were some dark things going on in my head,” Kyrgios said.

“We live to fight another day.

“(Thiem is) one of the best players in the world – he made the final here last year and took a set off Novak. But I’m not even thinking about that – I’m thinking about doubles tomorrow.”