Comeback kid Karatsev ‘ready for everyone’ 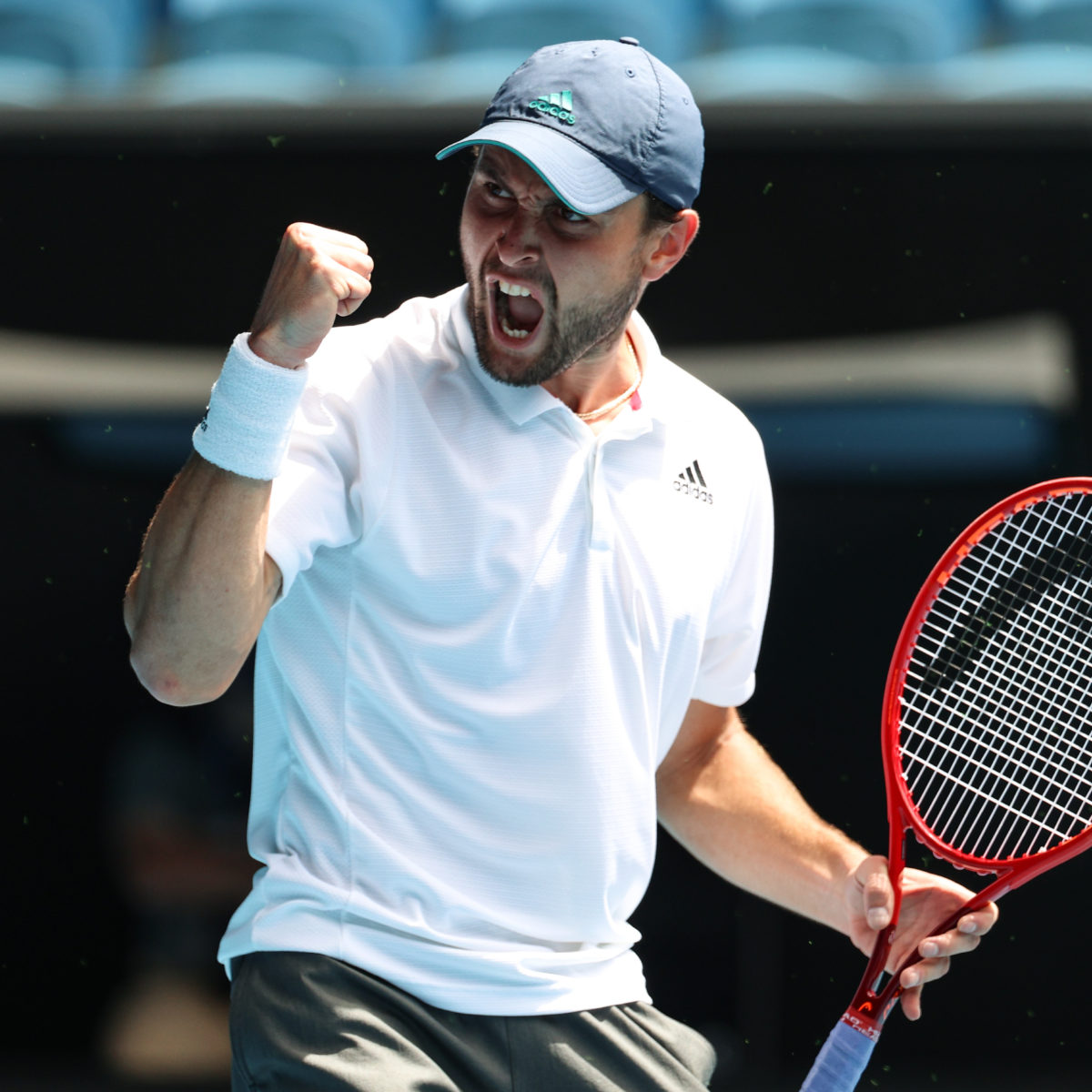 Qualifier Aslan Karatsev caused a major upset at the Australian Open today, with an upset 3-6, 1-6, 6-3, 6-3, 6-4 win over Canadian Felix Auger-Aliassime.

Karatsev will face either third seed Dominic Thiem or 18th seed Grigor Dimitrov in the quarter-finals.

Two sets down and on his way out of the event, Karatsev turned it around in amazing fashion, not losing a service game for the rest of the match.

The Russian broke Auger-Aliassime’s serve at 2-2 in the third set and never looked back.

He raced through the third and fourth sets before setting up a deciding fifth.

The Russian broke Auger-Aliassime in the Canadian’s second service game and never really looked back.

“It was really tough in the beginning to play with him,” Karatsev said.

“He’s a really good player, he’s really fast and it took me two sets to find how to play.”

Karatsev will face either third seed Dominic Thiem or 18th seed Grigor Dimitrov in the quarter-finals.

“I’ll be ready for everyone,” he said.