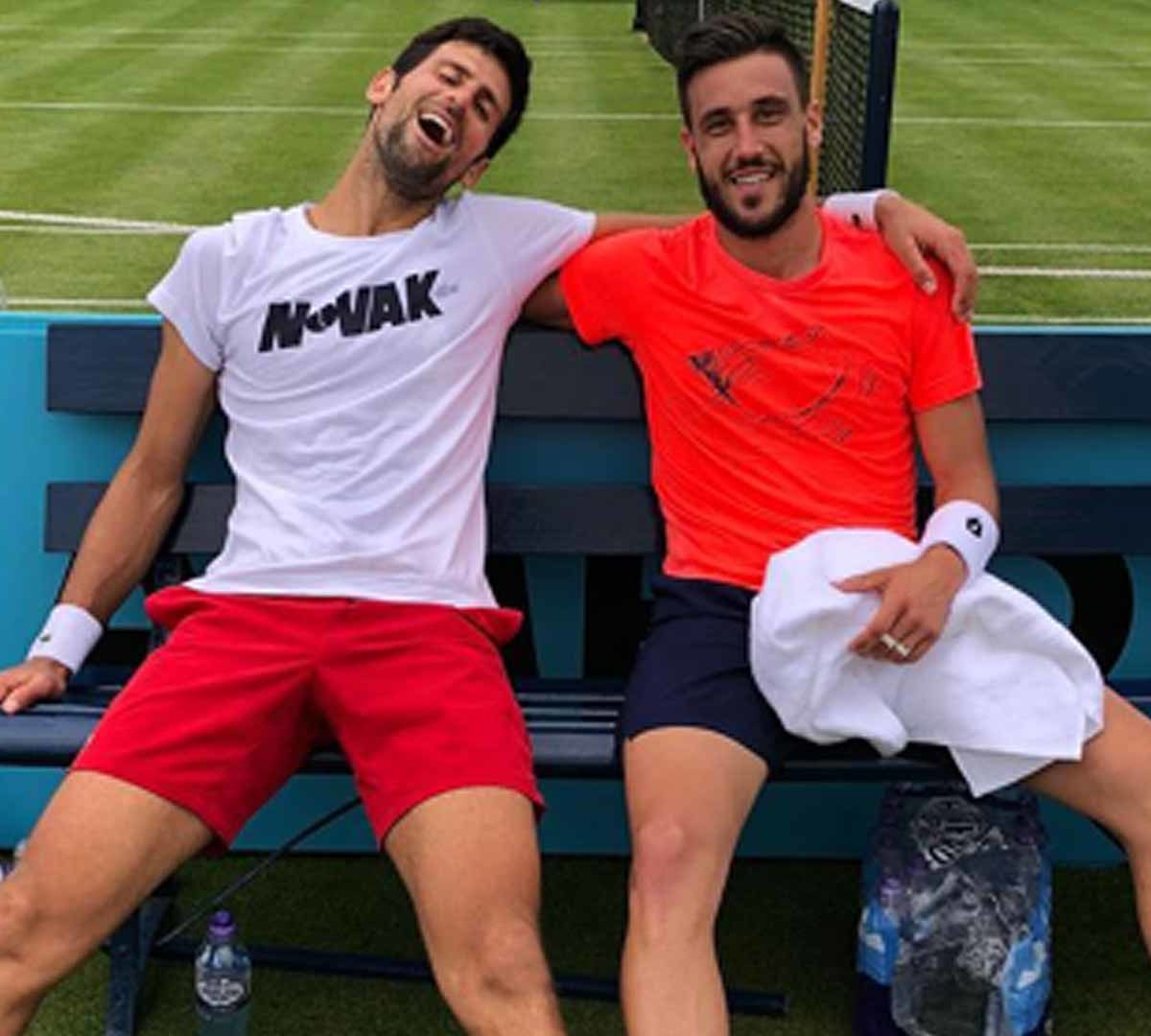 A barely-positive test for his coach has resulted in Bosnian player Damir Dzumhur copping a ban and going into a week of quarantine as qualifying rounds began today at Roland Garros.

The 11th-ranked Bosnian was on Sunday denied a chance to start at the pre-French Open event which pays even first-round losers a healthy EUR 10,000.

France’s L’Equipe reported the details of the chaos which hit qualifiers in the hours leading up to the start.

Tournament officials verified only scant details of the chaos:

“In line with tournament health protocols, the 5 players will not compete in the qualifying tournament which begins tomorrow and will self isolate for a period of 7 days.”

Dzumhur’s coach Petar Popovic, who had COVID-19 in July, has been fingered as the”culprit” in the mis-adventure – likely the result of sharing a hotel room against official advice.

Qualifying players were due in Paris last week for preliminary virus testing, with a second set for the weekend.

Franco-Serbian Popovic told L’Equipe his side of the story: “it’s not Damir who is positive. It was my test that was on the borderline between positive and negative.

“I’ve had 20 or 25 tests, over the last thirty-five days, between the United States, Italy and even here in Paris, where we have been for six days and where the first test was negative.

“Since I had the coronavirus two and a half months ago, there are antibodies that can sometimes give wrong results.”

Popovic said that he was not given a chance to take another test after his positive result. “I find this very serious because human error can happen. I wanted at least a second sample to be taken in my nose, because there are so many false negatives.

He added: “I am 99.9 per cent convinced that this positive is false and, above all, I am very sad for Damir, who was well prepared.

“He does not have the right to defend his chances. They disqualified him like that. It is a huge scandal.”

The coach said that if a major player was Dzumhur’s opposition, the outcome would have likely been different.

“If Rafa (Nadal) was in our case, he would be entitled to a second or third test to verify.

“We felt so small and weak. I’m sure if it had happened to a bigger player he would have had the opportunity to prove that it’s not a fake – we’re really disgusted with what’s happening to us.”

Popovic said he would be re-tested on Tuesday: I’m sure I’ll be negative.”