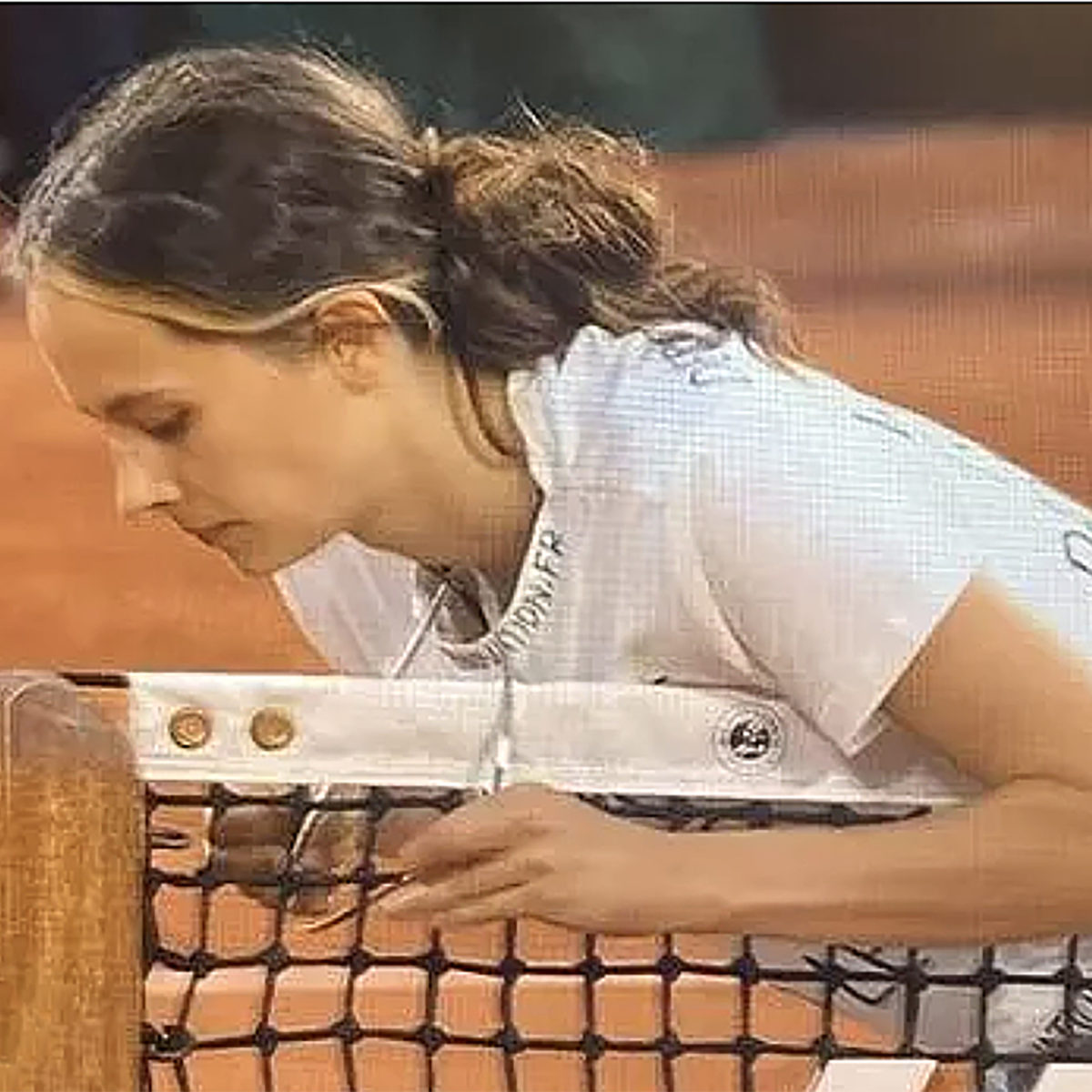 An apparent climate and social justice activist interrupted Friday’s French Open semi-final between Casper Ruud and Marin Cilic as she attached herself to the net after charging onto court.

The woman, identified on a climate website as a 22-year-old named Alizee, got onto the Chatrier showcourt before the sixth game of the third set., locking onto the net wearing a t-shirt saying “We have 1028 days left.”

Her website indicated the number is a countdown until it will be too late to save the planet from global warming and man-made pollution.

“Our goal is to force legislation to drastically reduce France’s emissions, starting with energy renovation, the area most likely to bring together social and climate justice today,” the Last Renovation website said.

The players were taken off court and waited for around 15 minutes before the protester was unhooked and the net and court checked for damage.

Main photo:-Climate protestor attaches herself to the net – from Eurosport