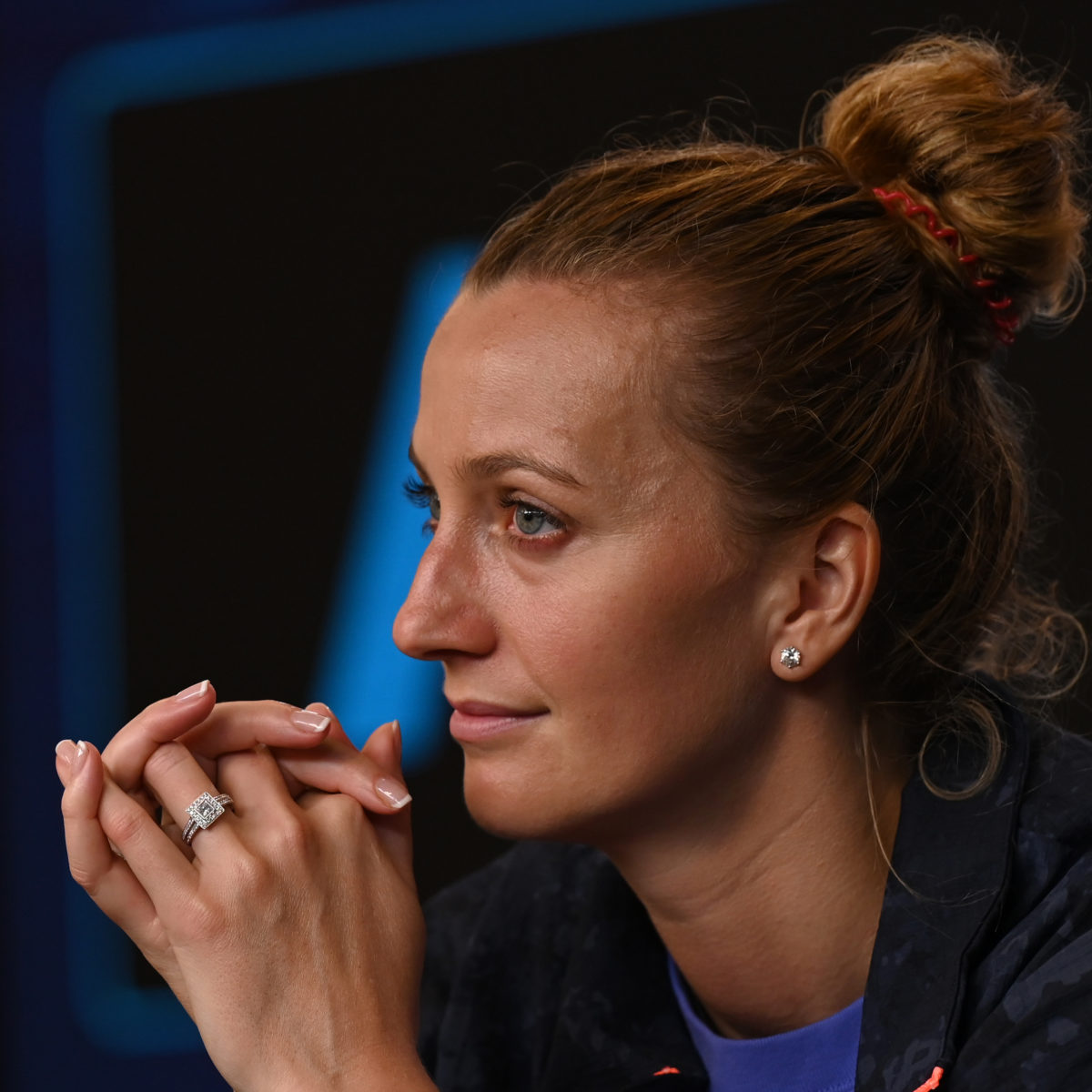 As Naomi Osaka prepares to duck out of all media duties at the French Open,  fellow Grand Slam winner Patra Kvitova is showing nothing but class.

The double Wimbledon champion agrees with the majority of her WTA colleagues that fronting the media post-match is all a part of the package for top players.

And Kvitova faced one of the toughest scenarios at Roland Garros four years ago in the wake of the home invasion injuries which almost wrecked her career.

The Czech suffered serious knife wounds on her racquet hand during an assault in December, 2016.

Five months later and still rehabbing, she accepted a courtesy invite from Paris organisers and revealed her personal trauma to the world.

Osaka meanwhile, has trotted out “mental stress” as her reason for avoiding all media and copping fines which can hit USD 20,000 a pop during the clay major which begins on Sunday.

Kvitova, seeded 11th, was taken by surprise at Osaka’s decision.

“When my PR manager sent me the statement of Naomi, I just started to talk with my coach about it; I told him the toughest ever conference I had was (May, 2017),” she said.

“Of course I was preparing for some questions about it, which wasn’t really easy.

“At the time, I was very emotional, it was very difficult, to be honest. But I was proud afterwards that I had done it.

“Even with not really the best English at the time, that was was tough as well.”

Now back in full flow with a 2019 Australian Open title and a Paris semi-final at last October’s virus-delayed edition, the 31-year-old is primed for the Grand Slam.

She will start the first round against Belgian qualifier Grace Minnen.

“I’m really enjoying to be here playing on the clay. (We still have) the (COVID) bubble,but it’s a little bit better. We are happy to be here as well.”