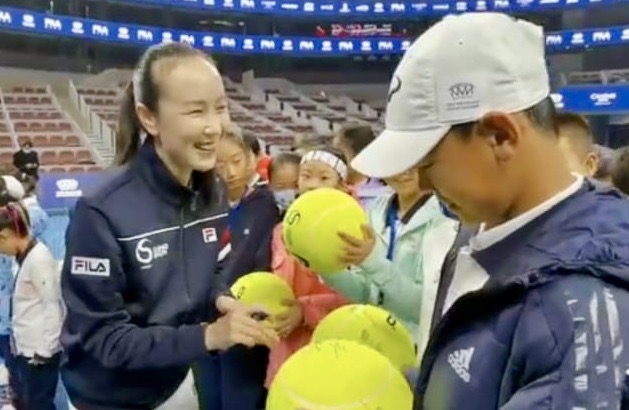 China has moved to quell growing rumours about the whereabouts of tennis star Peng Shuai by publishing a video that it says shows the player at a junior tennis event in Beijing on Sunday.

The video was posted by Hu Xijin of the Global Times on Twitter, which cannot be seen by most internet users in China.

The ruling communist party have been trying defuse reports of her disappearance after she accused a high ranking government official of sexual assault.

Any discussion of Peng has been deleted from websites in China, where the government blocks most people from seeing overseas social media and most global news outlets.

WTA chairman Steve Simon expressed concern for Peng’s safety after Hu posted videos yesterday that appeared to show her in a restaurant.

“While it is positive to see her, it remains unclear if she is free and able to make decisions and take actions on her own, without coercion or external interference,” Simon said.

“This video alone is insufficient,” Simon said. “Our relationship with China is at a crossroads.”