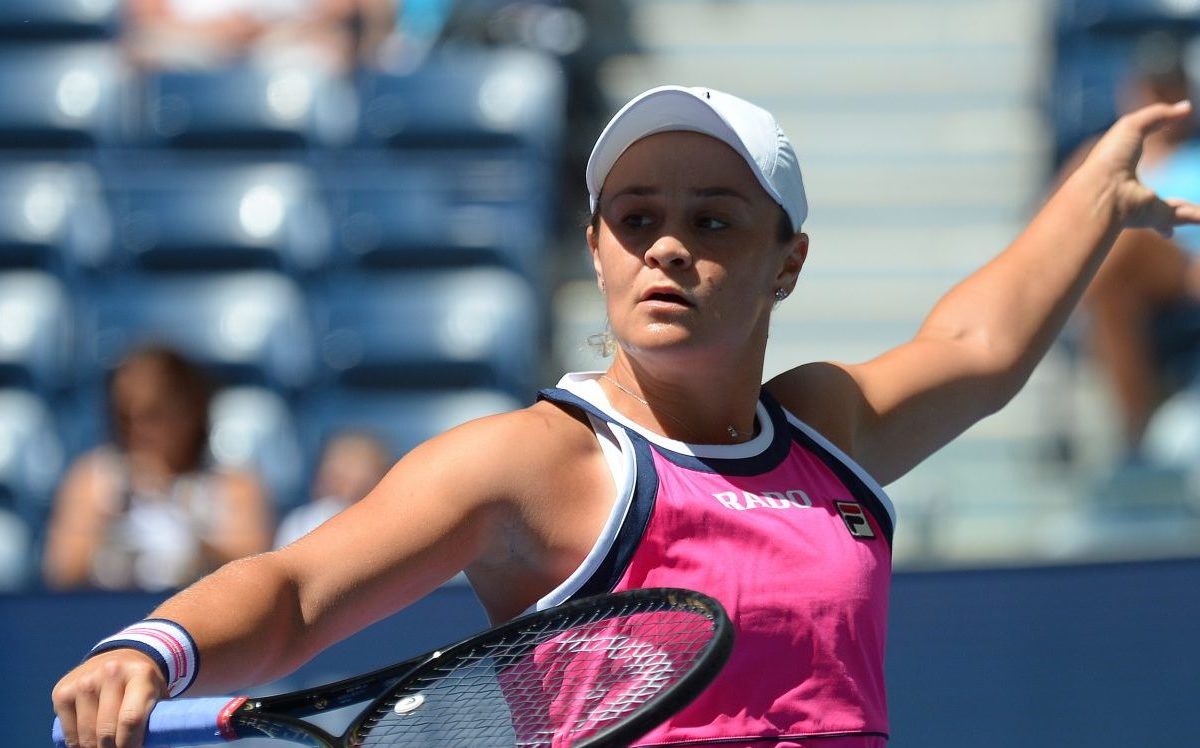 Wang Qiang knocked out Ash Barty 6-2, 6-4 on Sunday at the US Open, to hand the tournament No. 2 only her second career loss against a Chinese player.

Last week in the Bronx, Wang missed her chances chances on four match points in a semi-final loss to Italy’s Camila Giorgi.

She reversed that setback in style at Flushing Meadows with the best showing of her career at a Grand Slam as she reached the personal-best quarter-final at a major. Wang had been coached by the late Australian Peter McNamara, who passed in July.

Barty struck 39 unforced errors in defeat, with her opponent limiting herself to 14.

“I probably had nine or 10 breakpoints, I wasn’t able to even get one of them, which is really frustrating.”

Despite her tough loss, Barty remained optimistic about the remainder of a  season where she remains in with a chance of possibly re-taking the No. 1 ranking she gained in June after Paris.

“It’s been a year where we’ve hit our goals. Obviously I would have loved to have kept going here in singles, but we’ve got an opportunity to do that in doubles.

“We’ve had a great season in Grand Slams for singles. We’ve made the second week every single one, which has been really special.

“Now we’ll sit back, reflect, and look forward to a big couple months to finish off the year.”

“She played extremely well at some points.” Pliskova said. “Overall she just went for it, she played more aggressive than in our previous matches.”

Konta could not fault her own effort: “My record (2-6) shows that I find it difficult to play against Karolina.

“I’m just pleased I was able to find a way and enjoy being out there, knowing that nothing was for certain.

“I could have lost that match just as easily as I could have won it. But I just stayed out there and played.”

Konta will next play Elina Svitolina, who knocked out 2017 finalist Madison Keys 7-5, 6-4 as boyfriend Gael Monfils watched on his 33rd birthday.

“It was really good serving from me tonight,I was feeling very good with my footwork, “Svitolina said.

“I was pleased to play very consistently tonight,” she said after handing Keys her first loss in a night match here.

The 23-time Grand Slam champion rolled an ankle and while the injury does not seem particularly serious, she and her team will have a closer look on Monday.

“I usually know if it’s horrible early on. I had a really bad ankle sprain in January. I was like, instantly, ‘No, this can’t happen. I’m finally healthy.’

“But I’ll see tomorrow. So far I’m good. I have been managing it.”