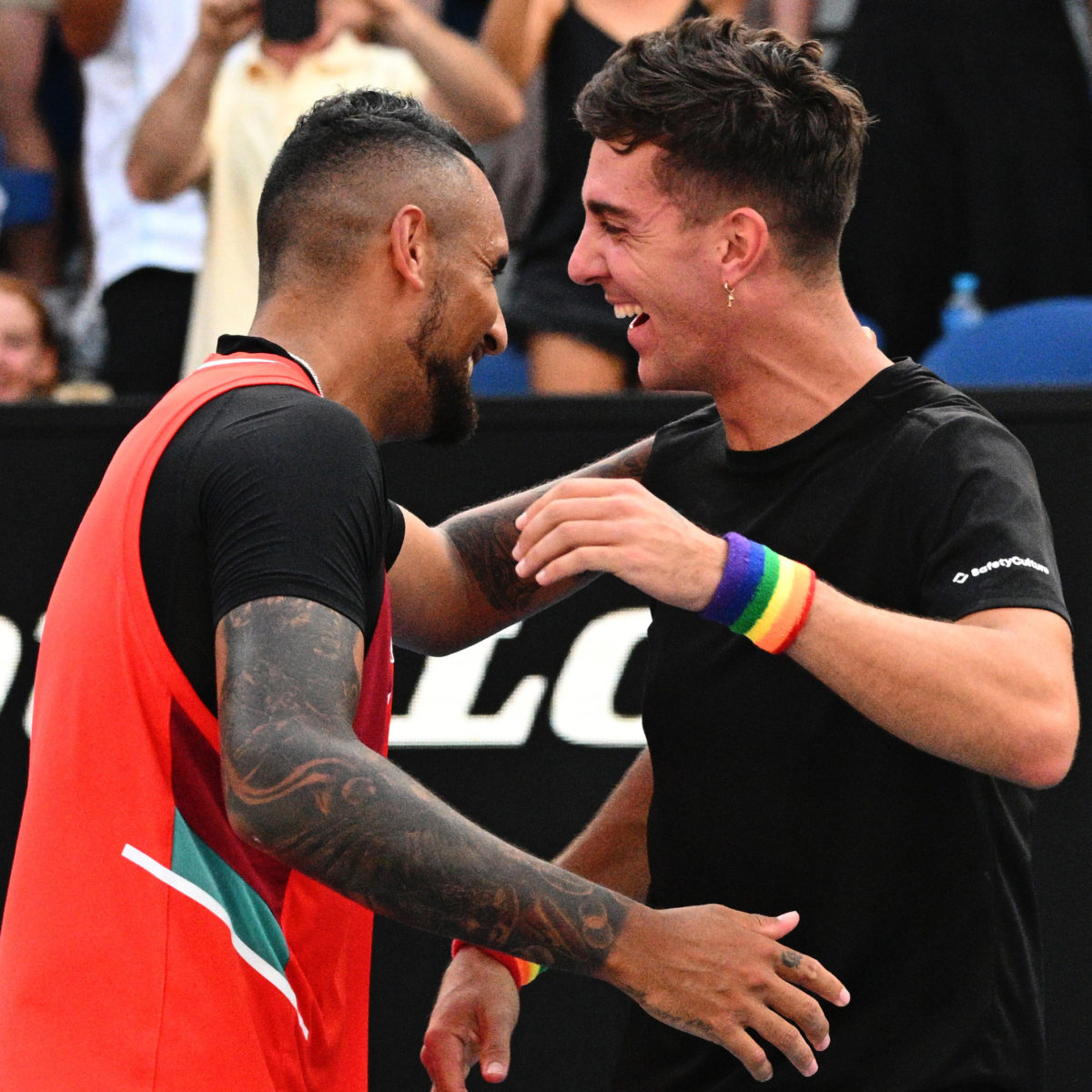 Nick Kyrgios has been branded “an absolute knob” by an opponent over his antics during the Australian Open.

Kiwi Michael Venus, who lost to Kyrgios and Thanasi Kokkinakis in the men’s doubles on Tuesday, described the Kia Arena crowd as “like a circus” and that he had been targeted with comments about his family between points.

“You look on my social media and some of the pictures, some of the comments (after the match) … the amount of messages I got from people — an extreme amount,” Venus said.

“Way, way more than I’ve ever had but then a lot of messages from people saying how embarrassed they were with the crowd’s behaviour and they’re sorry, and it shouldn’t have been like that.

“There’ll always be his supporters, and they’ll always spin it in a way that helps him. But at the end of the day, he’s just an absolute knob.

“I think it just speaks for him. His maturity level, it’s probably being generous to about a 10-year-old, to say that it’s at about that level.”