Changing of the guard

THERE’S a changing of the guard in world tennis and women, for once, are leading the way.

Sure there’s a good mixture of young and old but this week WTA chief Steve Simon paid tribute to the old while acknowledging that change was afoot.

According to Simon, Serena Williams is the greatest the women’s game has seen.

That’s a big statement when you consider who she would be in front of: Billie Jean King and Margaret Court for starters.

But Williams is clearly the biggest name in women’s tennis, if not tennis as a whole, in the past 20 years.

There’s been a few others: her sister Venus, the quieter and more polite one, Maria Sharapova, Martina Hingis, Monica Seles and Steffi Graf.

Before that we must name Evert and Navratilova and even Goolagong.

Throw in today’s emerging group of Halep, Osaka, Kerber, and even Wozniacki and the state of women’s tennis could not be better.

But is there more to come?

Like all sports, tennis is continually evolving and there’s plenty to look forward to.

Australian Ash Barty is one exciting emerging talent and another, according to Simon, is Cori Gauff.

Gauff started playing the game at the age of 7 in her home town of Atlanta. Now 15, she is allowed to play 14 events this year and then as she turns 16 she can play 17 and then at 17 she can play 20. She is already the youngest ever finalist in the US Open Girls singles event.

Yes, there maybe a changing of the guard – but not today’s up and coming ATP stars – it may well be the turn of another generation – circa 21st century.

15-year-old Carlos Alcaraz Garfia celebrated his first Top 200 win, recently, and everyone is telling us he is the new Rafa.

It’s not often a 15-year-old earns his first ATP Rankings points, registering multiple match wins on the ATP Challenger Tour, but that’s exactly what Garfia has done in April.

And, for the record, it was nearly 17 years ago when another 15-year-old Spaniard, Rafael Nadal, took his first steps as a professional with a Top 200 stunner of his own in Mallorca. 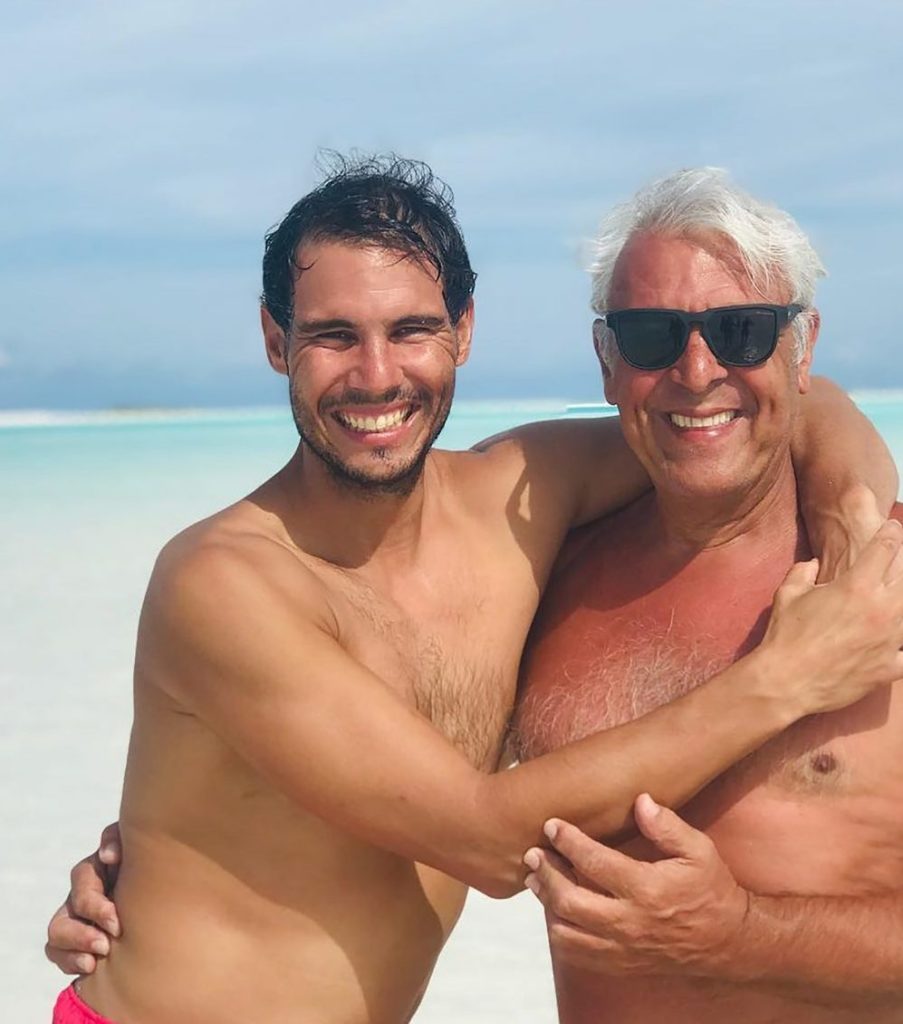 TALKING of Rafa – As we enter another clay season many are still; asking why Rafa King is still the king of clay, and, can he maintain that position.

Injuries apart, and we still do not know if he has fully recovered, Nadal’s numbers via the Infosys ATP stats, show one main reason is because he is so dominant at the start of games.

Rafa’s rules, it would seem, are to divide and conquer early.

The Infosys analysis shows he is pretty unstoppable if he creates what they call ‘early separation’.

In the past four years at five events (Monte Carlo, Barcelona, Madrid, Rome and Roland Garros) Nadal has lost serve only 12 times out of 424 service games when leading 30/0.

It’s the platform for which the Spaniard then uses to put his opponent on the back foot for the rest of the set, and even the entire game.

It’s the next best thing to automatic, and here’s where the battle gets even harder for his opponents. After playing just two points on serve, Nadal is more likely to be at 30/0 than either of the other two scores.

The stats further show that while Nadal was more favoured to lead 30/0 after two points played when serving, his opponents are far more likely to lose one of the opening two points against the Spaniard when he is returning. On return he forces his opponents to 15/15 55% of the time. The pressure that inflicts on opponents is telling.

Of course, these stats mean nothing if he is not fit – and that we wait to see.

BEST ever comeback?  This has to be up there.

British #9 Tara Moore came back from 0-6, 0-5 and 30-40 to win this week to beat France’s Jessika Ponchet in a tie-break, then 6-3 in the deciding set in the first round of an ITF World Tour event in Sunderland, England.Moore said the experience has given her career “an enormous boost”.

Only a couple of matches in the Open era rival Moore’s comeback effort. Lisa Raymond was trailing Lubomira Kurhajcova 0-6, 0-5 and 30-all in the first round of the French Open in 2004, and she had to save two match points to beat the Slovak 0-6, 7-5, 6-3.

The only recorded perfect comeback was in the second round of qualifying at the 1983 US Open when Barbie Bramblett saved 18 match points to come from 0-6, 0-5, 0-40 on her own serve to defeat Ann Hulbert.

AFTER comebacks, we thought, as it’s Sunday Serve, we’d also look at the worst ever chokes.

And our research uncovered Jana Novotna v Steffi Graf in the 1993 Wimbledon Final.

Her defeat, conjured from the jaws of victory when she lost her nerve and confidence, is still considered one of sport’s great meltdowns as Novotna was a point away from taking a 5-1 lead in the third set only to serve a double fault. Novotna died of cancer in 2017 aged just 49.

But then it gets better… who couldn’t forget the Kim Clijsters v Serena Williams 2003 Australian Open semi-final. Clijsters managed to dispose of a 5-1 lead and two match points against the American. Serena, facing a four-game deficit, reeled off six straight games and won the third set 7-5.

Clijsters was amazingly upbeat after her defeat: “I’m not disappointed, you know, if she’s playing her best tennis, it’s very hard to beat her. That’s what she did at the end.”  Result: Williams d. Clijsters 4-6, 6-3, 7-5.

AND what about this one… Boris Becker v Thomas Muster – 1995 Monte Carlo Open final. No third third time lucky for Becker as he tried to erase the memories of two previous appearances in the Monte Carlo final.

The German was still trying to win his first clay-court tournament and was two sets up against Muster before squandering two match points in a fourth-set tie break. Muster then destroyed Becker in a 22-minute fifth set to claim his 23rd consecutive win on clay.  Result: Muster d. Becker 4-6, 5-7, 6-1, 7-6, 6-0.

TIM Henman’s loss to Goran Ivanisevic in a 2001 Wimbledon semi-final is also considered a ‘choke’, although many will argue the weather played a major part in his loss that day.

Henman took a 2-1 lead over Ivanisevic on Centre Court, even wining the third set 6-0 before the heavens opened.

He was on the brink of becoming the first man since Fred Perry to reach the final and, almost in typical British summer fashion, it rained.

By the time they returned, Henman had lost his rhythm and Ivanisevic went on to win.