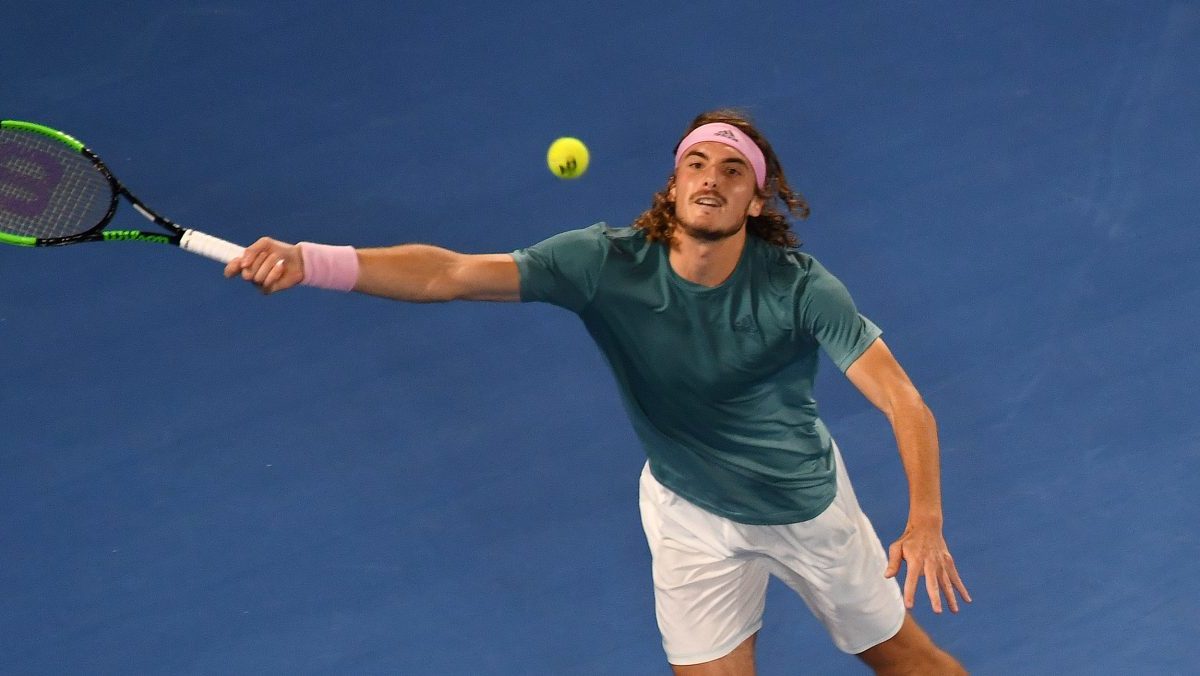 Roger Federer’s run at a third straight Australian Open trophy was denied by Stefano Tsitsipas on Sunday as the 20-year-old constructed the upset win of his career.

Tsitsipas, seen briefly by the trainer in the fourth set for possible leg cramping, was stunned by his accomplishment.

An emotional  Tsitsipas  told John McEnroe during  the post match on court interview.

“There is nothing I can describe,” he said. I’m the happiest man on earth right now.

“I came to the court thinking that I could wIn. You have to keep that mindset and believe in yourself and your capabilities.”

“Roger is a legend, I have so much respect for him. I cannot describe how much it means to be playing him here on Rod Laver (Arena).”

Tsitsipas was twice warned in the opening game for taking too long on serve before settling in, losing the first set but unleashing his attacking game to eventually subdue the Swiss tennis icon.

Federer put a backhand return into the net on a first Tsitsipas match point to exit the battle between the oldest and youngest player left in the men’s draw.

Second seed Rafael Nadal dominated for the first nine games before Tomas Berdych woke up on the way to a 6-0, 6-1, 7-6(4) hammering in the fourth round.

With the first major of the season hitting the halfway point, Nadal’s form is looking awesome as the 322-year-old plays his first official event since the US Open four months ago.

Nadal spent the autumn dealing with injuries and undergoing a long-postponed ankle operation.

The Spaniard with 17 Grand Slam titles and the Czech who played the 2010 Wimbledon final used to be regular opponents, playing at least one match per season from 2005 to 2015.

Nadal now owns 20 wins over his Berdych, getting the job done in just over two hours on his first match point.

The Spaniard started out in the opening game by saving a break point and form that point on was all but unstoppable.

“I saved an important point in the first game.” he said. “But he was playing with more mistakes than usual.

“I expected he would push me in the third set, it was a very real set, not like the first two.

“I’m very happy to be in the quarter-finals here again, this was a good win for me.”

Bulgarian Dimitrov was denied a third straight spot in a Melbourne quarter-final as Tiafoe produced his best-ever showing at a major as the second American man to get this far since Andy Roddick nine years ago.

Tiafoe, son of a tennis club caretaker, celebrated his 21st birthday with the win.

He advanced with 63 winners in a struggle lasting for nearly three and three-quarter hours.

“I’m  obviously (not) a normal tennis story. At the beginning of my career, I was playing for them, trying to do everything for my family. Now I’m trying to do it for me.”

“2018 finalist Marin Cilic, who lost to Federer a year ago in the title match, was bundled out by Spain’s Roberto Bautista Agut ”

“I had to fight so hard to stay very focus. It’s been a great month for me and for my tennis.”