Champions ready for the ‘fifth’ slam 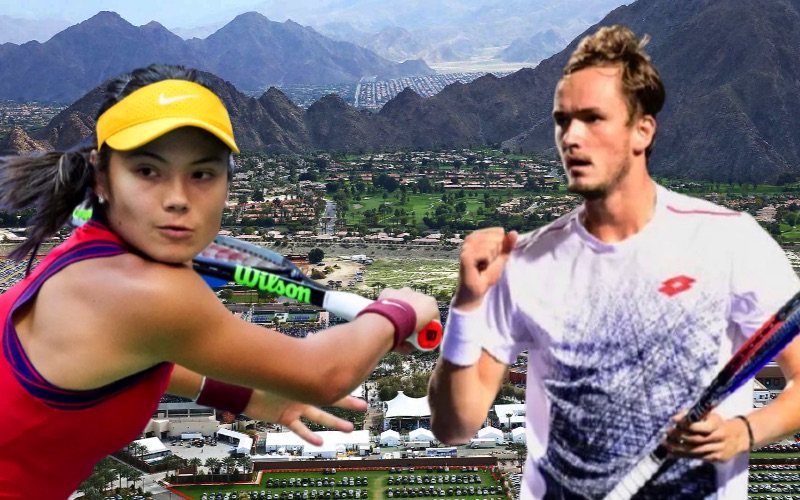 US Open champions Emma Raducanu and Daniil Medvedev will play for the first time since Flushing Meadows this week as the ‘fifth’ slam at Indian Wells gets under way.

Raducanu will face either Maria Camila Osorio Serrano or Aliaksandra Sasnovich in the second round.

Medvedev is one of the ATP Tour’s ‘Little Three’, with Stefanos Tsitsipas and Alexander Zverev, and will enjoy the Californian desert in the absence of the ‘Big Three’ – Federer, Djokovic and Nadal.

The Russian arrives as the reigning US Open champion on a seven-match winning streak while Zverev has won 16 of his past 17 matches.

Tsitsipas, a Roland Garros finalist in June, has won 50 matches in 2021.

Another looking feared to returning is 2019 winner Bianca Andreescu, who won the title as wildcard two years ago. This time around she is seeded 16.

The draws in both the men’s and women’s events has plenty of talent, despite the many missing names – Barty, Sabalenka and Williams to name just three.

Add Hurbert Hurkacz, Jannik Sinner and Felix Auger-Aliassime and you have a superb contest, even without the missing names.

The event also attracts the largest crowds outside of the Grand Slam tournaments, with more than 475,000 fans attending in 2019.

And if the draw works we could see these quarter-finals clashes:

But as we all know, draws often don’t work.