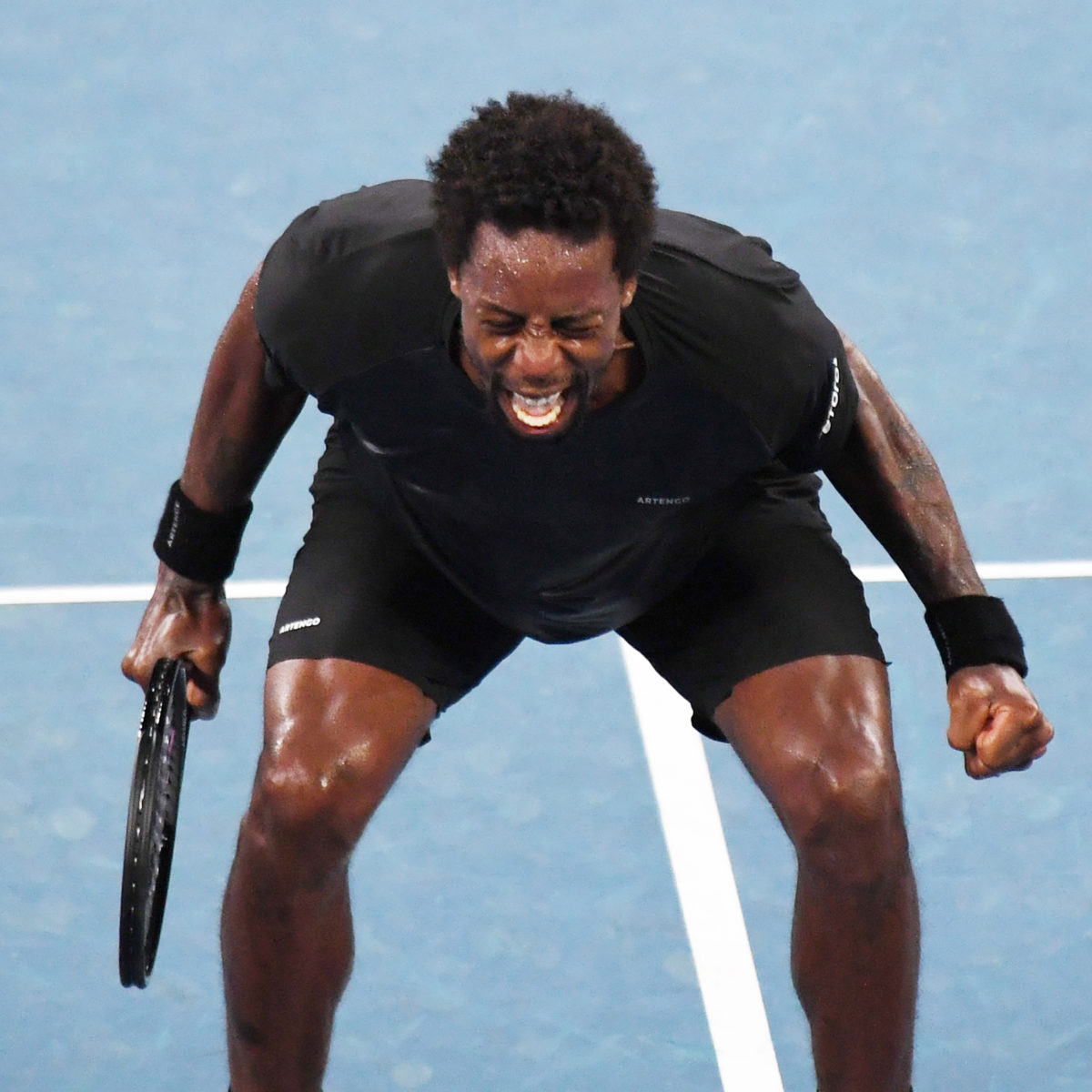 “It’s been a long journey for me and I’m quite happy, but it’s not finished. I want to do better and I will try. We’re not quite finished yet,” a delighted Monfils said after the win.

“I tried to be very aggressive. Tried to not let him dictate the point, I served quite well. Then was just a battle, battling and hanging in there.”

At 35, Monfils showed the 22-year-old he still had control and pace as he hit two backhand winners at 6-5 to eventually take the first set.

Kecmanovic was in trouble on serve again at 6-5 in the second set, as Monfils stepped up, bit not before a couple of errors gave the Serb a glimmer of hope.

The world No.20 then changed gear and hit two big forehand winners as won the next five points.

Spurred on by a crowd acknowledging his efforts and showmanship, Monfils wrapped up the match with an easier third set.

The French showman will take on either Matteo Berrettini or Pablo Carreno Busta on Tuesday.

“It’s gonna be a tough battle you know, both extremely good,” said Monfils of his potential quarter-final opponent.