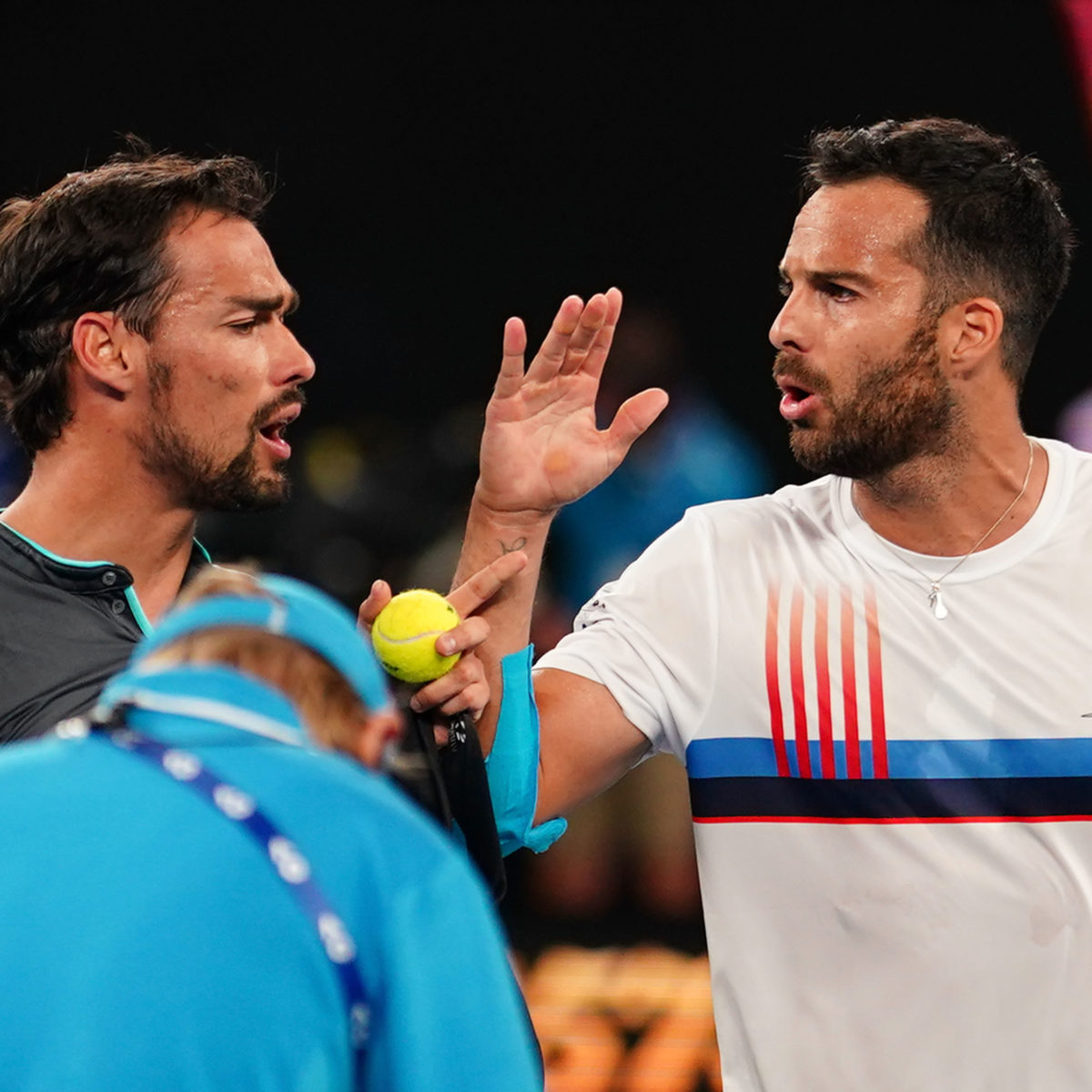 Both Fabio Fognini and Salvatore Caruso played down the theatrics which turned the end of their five-set battle into something out of an Italian opera.

While the emotional toll appeared possibly heavy, both all but laughed off the incident.

“We had some different opinions, but this is something that should stay in the locker room,” Caruso, a hot-blooded Sicilian, said.

Northerner Fognini, who grew up near the French Mediterranean border, was equally reluctant to do much explaining.

“Italian or English, it’s not important to me. We are good friends. The thing that  happened on court – I have nothing to say about that question anymore.”

Caruso hinted that the slanging match in Italian will be quickly forgotten.

“I will speak with him because we are friends. We just have different opinions and we will talk about it in the next few days.