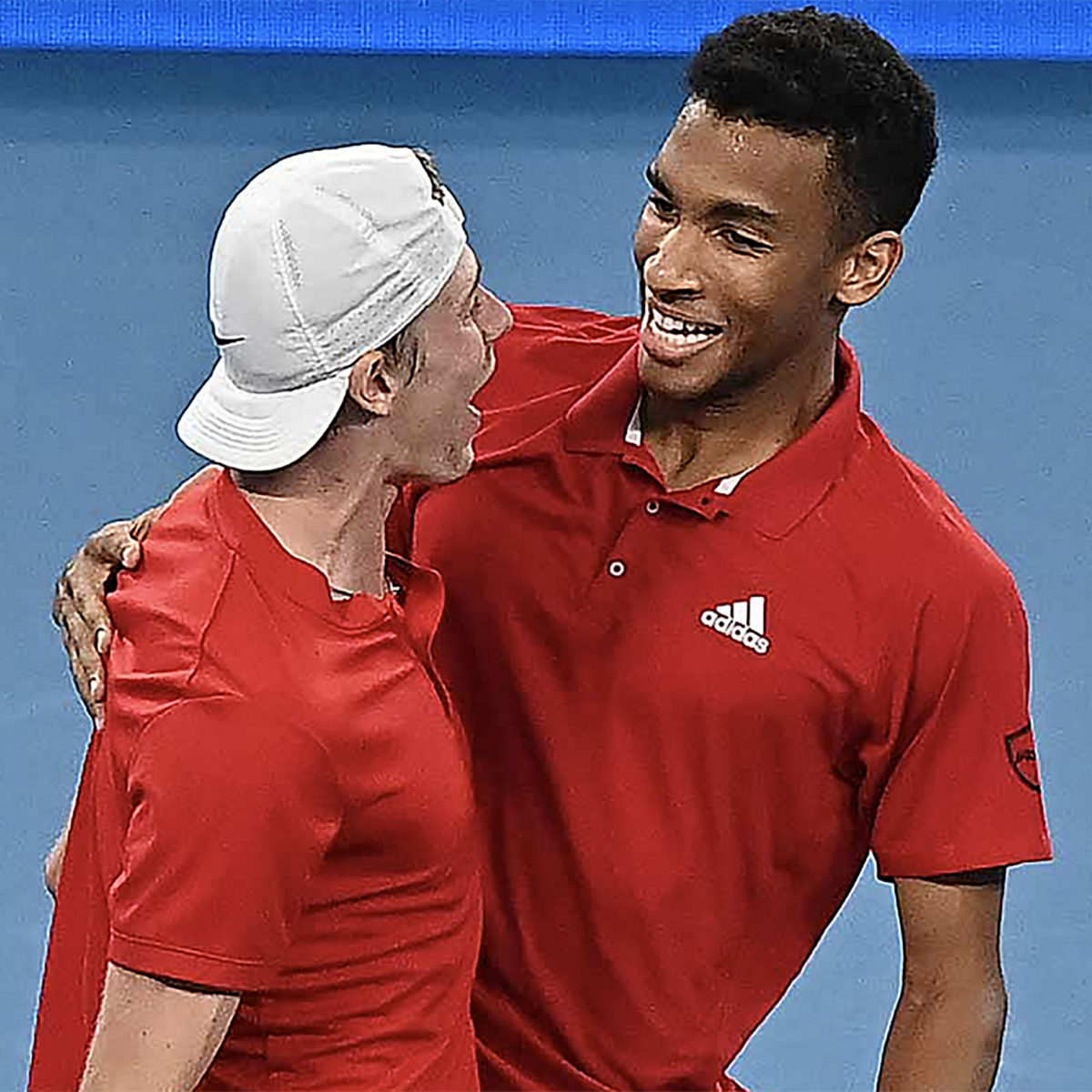 Canada stunned holder Russia 2-1 on Saturday to secure a fist-time spot in the finals of the ATP Cup and a looming trophy date with Spain.

Felix Auger-Aliassime and Denis Shapovalov combined in the deciding doubles to produce a defeat of Daniil Medvedev and Roman Safiullin 4-6, 7-5, 10-7.

The semi-final spot looked somewhat extraordinary as Canada had started the 16-team competition in Sydney by losing its first four group play rubbers before turning the corner.

“Felix did an amazing job. I had a little bit of a slow start, had trouble returning, but we did a good job to fight,” Shapovalov said.

“He played unbelievable in the game to break and then in the (match) tiebreak (the final set) as well, just making them play so much. It was awesome.

“We kept fighting. We have great team chemistry, team spirit, so it helped us a lot.”

Shapovalov made a promising start to the day, getting past Safiullin after nearly two and three-quarter hours 6-4, 5-7, 6-4 before world No. 2 Daniil Medvedev levelled for Russia over FAA with the loss of just four games.

“I had to try and stay positive. Of course it was tough, especially [because] that second set went the way it went in singles,” Auger-Aliassime said.

“Denis helped me and the team to push myself. We had a tough start in the doubles, so to be able to come back in this way, it’s really a team effort.

“We’re happy to be through. We’re really thrilled for the whole team.”