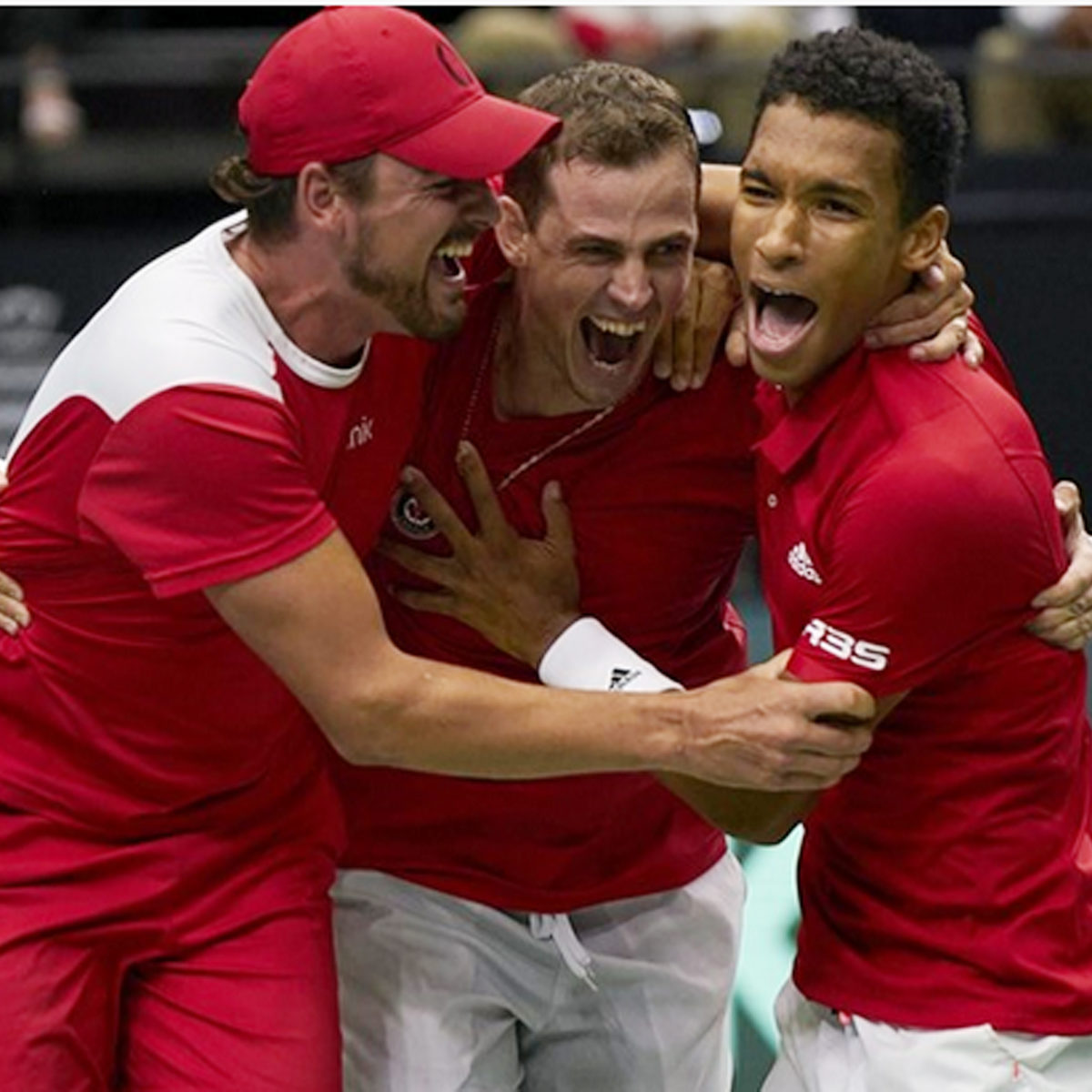 Underdog Canada saddled Spain with a 2-1 home defeat in a Davis Cup World Group play off which ended early Saturday morning in Valencia after a seven-hour day on court.

Teenaged Carlos Alcaraz lost in his first match since winning the US Open title last weekend, going down in a battle of young guns to Canada’s Felix Auger-Aliassime 7(3), 6-4, 6-2 in just under two hours.

The visitors at the four-nation play off which will lead to a berth in the Davis finals in November – also in Spain – wrapped up victory as the doubles pairing of Auger-Aliassime and veteran Vasek Pospisil won the last five games for a 4-6, 6-4, 7-5 tie-winning rubber over

“Yeah, it’s crazy,” an exhausted Auger-Aliassime said after the match. “I don’t know how we pulled that off.

“We hit some great returns and played an amazing level the last three games. We were in some zone – that was different.”

While Pospisil lost the day’s opening singles to Roberto Bautista Agut 3-6, 6-3, 6-3, FAA put in extra hours on court, with the Canadian battling for a cumulative five hours.

Auger-Aliassime became the first to find the target on the back of new ATP No. 1 Alcaraz, aged 19.

“It is a big win for me and for the team,” the Canadian said. “Because Carlos is the new No. 1, of course.

“But he made a big effort, so we have to pay him respect for ﬂying across the Atlantic and coming here to play… credit for that.”