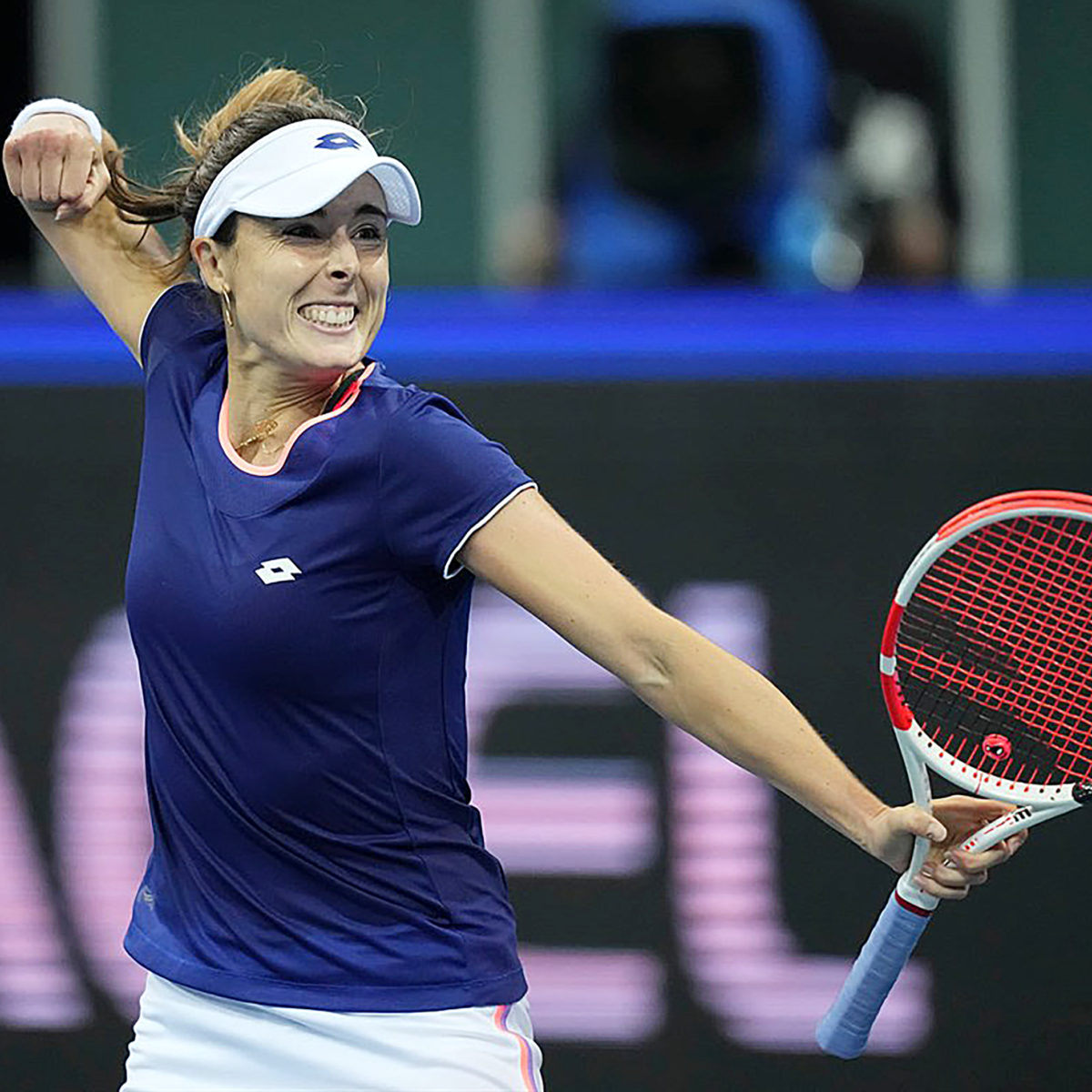 “To be the 12th team here and to beat the No. 1 is obviously incredible. I think we should be really proud of ourselves,” the 148th-ranked Marino said,

“As a team we came together and fought with a lot of heart and I think it showed today.”

Abanda, with limited Tour experience, has now won her last five team matches. The Canadian pulled through a case of COVID this season.

“I haven’t played many tournaments but for me to be here is like perfect,” she said, “I’m one of the lowest-ranked players here so I really have no pressure.

“My opponent was ranked way higher than me, so I’m just trying to get  momentum, get matches. This is a good start, so hopefully I can keep going.”