Can Schwartzman topple the King of Clay? 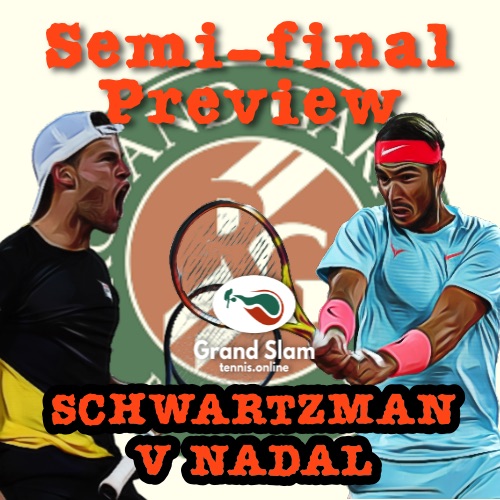 Is it the changing of the guard – or Rafa’s revenge?

Defending champion Nadal will be looking to reverse the result in Rome three weeks ago and make another slam final in Paris.

Nadal leads the series between 9-1, and it looks like that could become 10, the Spanish legend won’t give up this crown easily.

Schwartzman is playing superb tennis and the five hour marathon with Dominic Thiem showed he is fit.

He will have gained a lot of positives from that Rome victory.

But most experts reason that Nadal would have to have a real bad day if the Argentine is to cause an upset.

Paris for Rafa has been very different to previous years. Wind, rain, warm days, then cold, roof then no roof. From May to October. All change.

Rafa, like most pro tennis players, doesn’t like the cold, and playing at 1am on a chilly October Paris night is not fun, but he has battled through and rarely been under pressure.

He has yet to drop a set at Roland Garros this year, but beating Nadal at Chatrier – his home?

The King of Clay will be pushed by his opponent, but he is still the favourite.