Cam’s the Man in Indian Wells 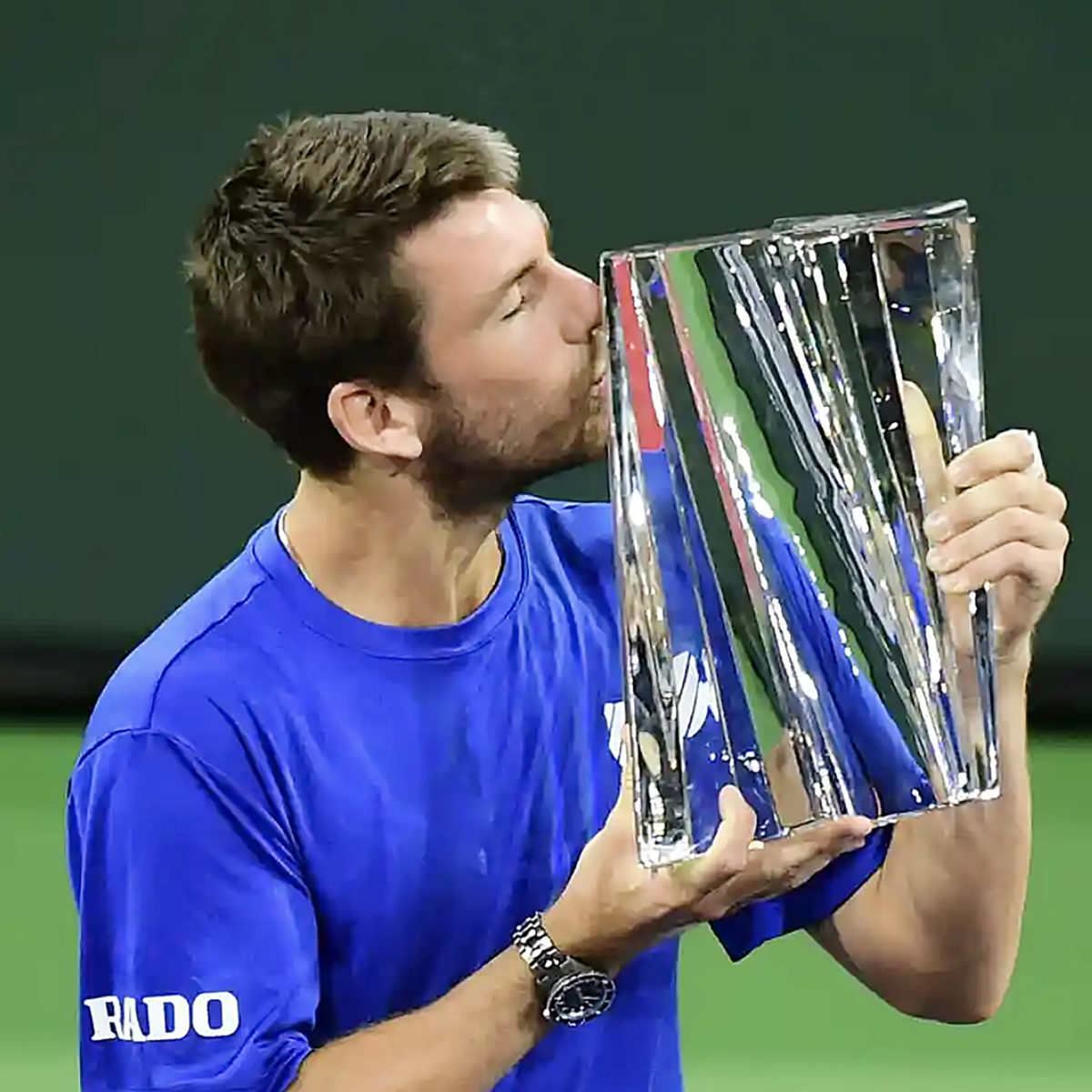 British new No. 1 Cameron Norrie saw off Nikoloz Basilashvili 3-6 6-4 6-1 to win the biggest title of his career at the BNP Masters in Indian Wells.

Norrie was a set and a break down against the Georgian but turned the match around regaining his serve to make it 2-2 before breaking serve one more time in the second set to level the match up at 1 set all.

The Brit playing his 71st match of the season, then swept to victory winning the deciding set 6-1 on his first match point for his first ATP Masters 1000 title.

This result sees Norrie surge to No.10 in the today’s ATP rankings, and just 125 points away from making the season ending ATP Finals in Turin next month.

Norrie was playing his 6th final of the season, a feat only matched by World No. 1 Novak Djokovic.

In his post match interview with Amazon’s Mark Petchey, who was once Andy Murray’s coach at the Indian Wells Masters, Norrie said that he too had been the second victim of the Indian Wells “Serial shoe thief” just like Murray the week before.

He also joked that his Indian Wells success was due in part to his daily visits to Mamma Gina’s Italian restaurant in Palm Springs with girlfriend Louise choosing the same menu daily throughout the tournament, the routine which brought success to superstitious previous winners Dominic Thiem in 2019 and Juan Martin del Potro in 2018