Bulldogs have their day in Battle of the Brits 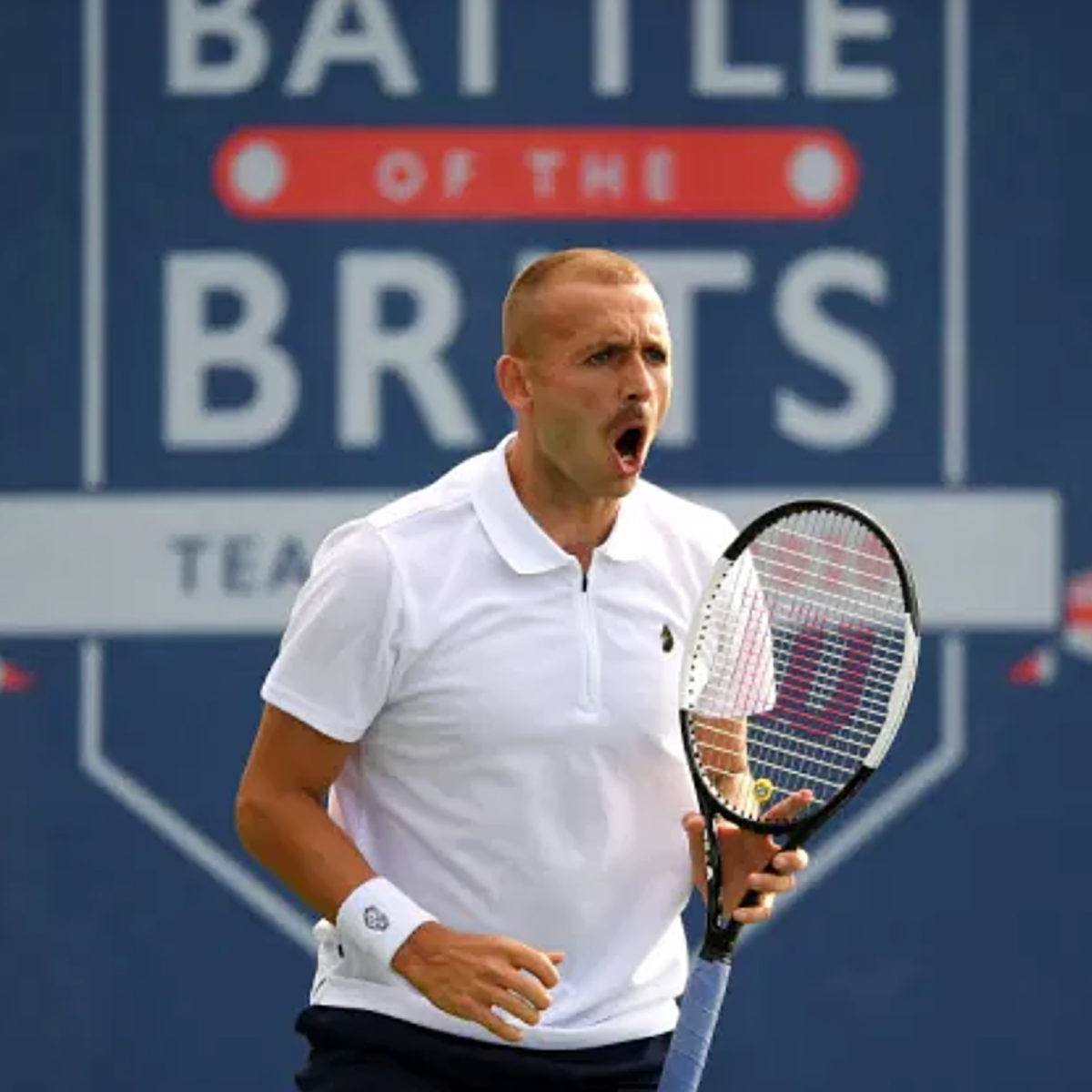 Self-appointed cheerleader of the Union Jacks team, British No.1 Dan Evans came out a 6-4,6-4 winner over compatriot Kyle Edmund in a feisty encounter earning his team a much needed three points in the Battle of the Brits Team Tennis.

The pair clashed after match point with Evans unhappy that instead of the customary touching of rackets as part of the “no handshakes” pandemic safety protocol, Edmund gave Evans’ racquet more than a gentle tap and his compatriot reacted angrily.

He said, after the match: “We’ve been taking a hammering so far, so try and get everybody to get through, make it a little easier. It’s going to be a long week and as you said the energy levels will drop. You know when we support it’s to get everyone through the match.”

Johanna Konta did her bit for the Bulldogs team  earlier in the day, shaking off the cobwebs of lockdown inactivity to beat a match-fitter Katie Boulter in three tough sets.

She said: “These are my first competitive matches since the beginning of March. It’s going to take time and I think more than anything like yesterday, I think just gave myself the chance to start playing better.

“In both matches I was in a good mind-set but especially today I thought I just kept staying in every point, giving myself the best chance for my level to get better.”

In the mixed doubles, favourites Andy Murray and Jodie Burrage took command early on in their match against Joe Salisbury and Emma Raducanu, taking the first set 6-4. However it was the underdogs who fought their way back into the match taking the second set, and then the championship tie-breaker.

There are 15 points at stake on Day 3, and the winner is the first team to reach 60 points