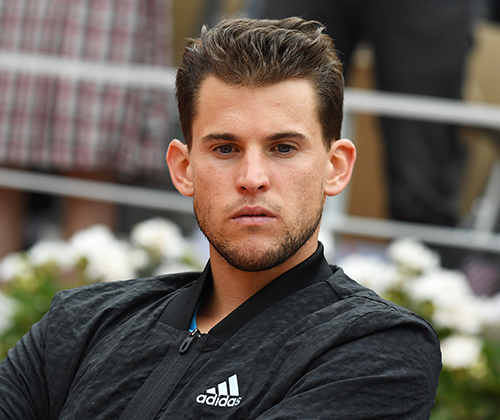 Dominc Theim remains convinced that life inside the safe but boring tennis bubble may be the only way ahead for the immediate future of the sport.

The ATP No. 3 has been experiencing the off-court tedium for several months, playing in various exhibitions which have sprung up in the void created by the continuing shutdown of Tour tennis which began in march and is due to end in August.

“You spend a lot of time in the hotel,” the Austrian said during the current Berlin event featuring men and women, with weekend matches staged inside a hangar at the city’s former Tempelhof airport.

“I watched the matches of the tournament on TV, then ordered dinner and went to bed between 9.30 and 10pm,”

That kind of routine – a sharp contrast to the usual lifestyle of a top player – will be the norm if the fan-free and quarantined US Open gets off the ground in the world virus-epicentre from August 31.

Thiem is leaving his upcoming playing options open, but is perhaps not particularly looking forward to competing in the States if it compromises his chances of playing Roland Garros, rescheduled to start September 27 in Paris.

He called the concept of playing the Open in New York as COVID-19 cases rise alarmingly in the free-for-all and generally maskless US as “shaky.”

And the 26-year-old also has his own ranking to deal with. “Of course I want to get even higher. That is clear,” the three-time Grand Slam finalist added.

Thiem may also still be feeling residue from his five-set January Australian Open finals loss to Novak Djokovic. “I nibbled on it (defeat) for a few days and weeks, went through the game night after night to find out what I could have done better.”.