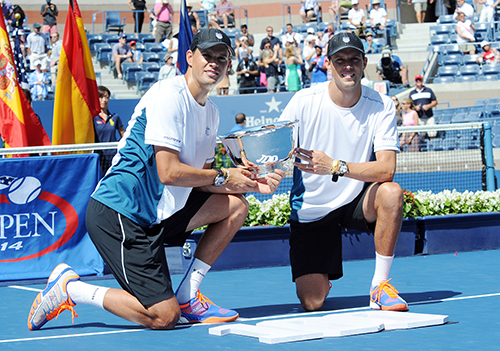 The Bryan brothers have decided to call it a day and retire after becoming the most successful doubles team in men’s tennis history.

The New York Times is reporting the pair had been tracking the COVID-19 pandemic and its effect on sport and have announced their retirement effective immediately.

It was expected the brothers would play until the end of this current amended season.

“We love this life. We had a great run if this is over,” Bob said at an event in the US earlier this month.

We’re gonna sit down and if we decide to come back and play in 2021, then you’ll probably see us play the U.S. Open just to keep it going. If we decide to shut it down in 2021, this might be it.

“We had a great run if this is over.”

The Bryans were not on the entry list for the US Open men’s doubles event which begins in New York next week, which lead to speculation they would announce their retirement.