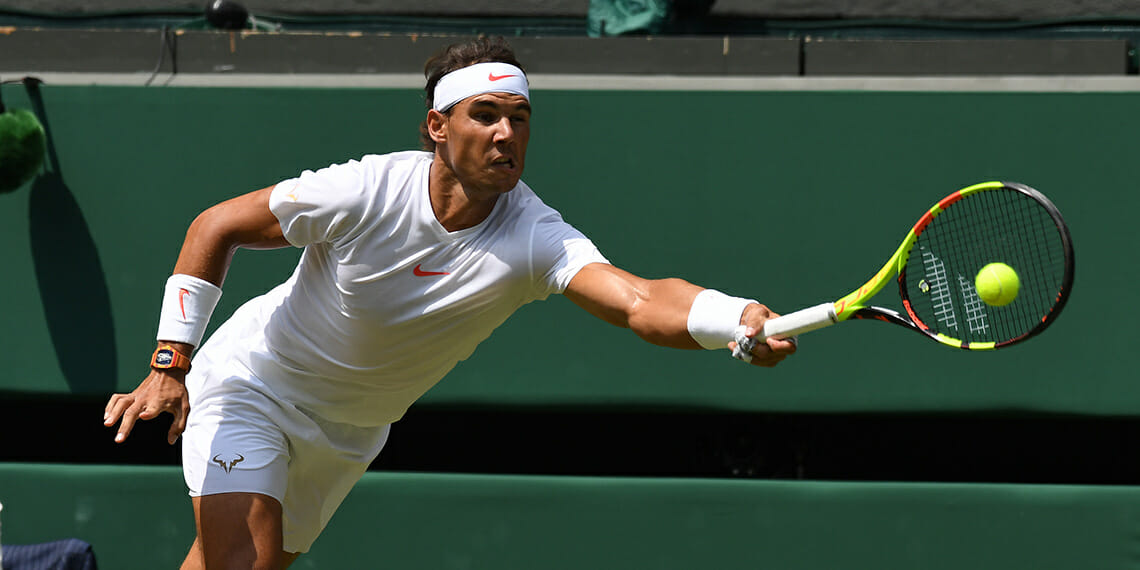 Rafael Nadal assured himself of retaining the ATP top ranking as we head into the summer hardcourt season, hammering out a 6-1, 6-2, 6-4 defeat of Australian teenager Alex de Minaur as Wimbledon hit the halfway point.

“Of course I prefer to be No. 1 than No. 2, but I didn’t come here for that. I’m happy with how I played the first week, I hope to continue like this,” Nadal said.

“It’s very positive to be already in the second week, winning three matches. That’s it.

[quote] “I’m happy the way that I played during the first week, each match as been more and more positive. I’m playing well, making a good start.” [/quote]

A double break in the deciding set made the different for the 29-year-old qualifier as Zverev’s game cracked. The German received a warning for an audible obscenity after being reported by a linesman during a tricky moment early on. 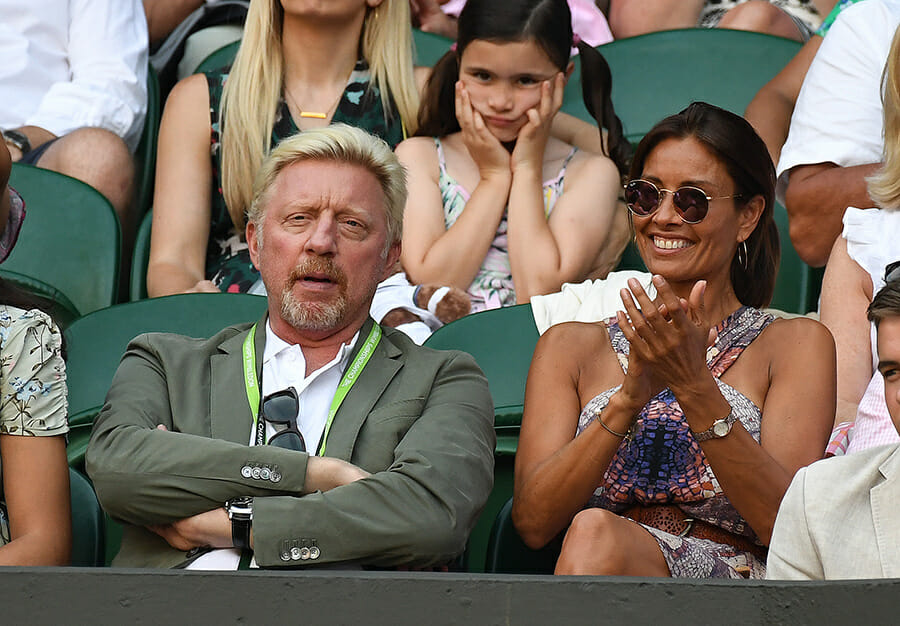 No. 138 Gulbis equalled his Grand Slam best after a 2014 French Open semi-final, scoring time and again against the frustrated Zverev with drop shots and 17 aces.

Gulbis closed out the shocker by sweeping the fifth set, finishing on his first match point with a serve winner.

“It’s a great day and a great match for me,” the winner said. “I didn’t think I could win when a served for third set and couldn’t do it.

“But he got tired and I played smarter,” he said after advancing to his best showing at his 11th Wimbledon with only one ATP-level win this season prior to the start on grass.

“it’s been a long time coming. I got confidence from qualifying,” said the plaYER  who came through in a third straight five-set match here.

With no play on the middle Sunday, Nadal and the rest of the remaining field will have a welcome day off to prepare on the on intensity of all eight fourth-round matches which will take place Monday. 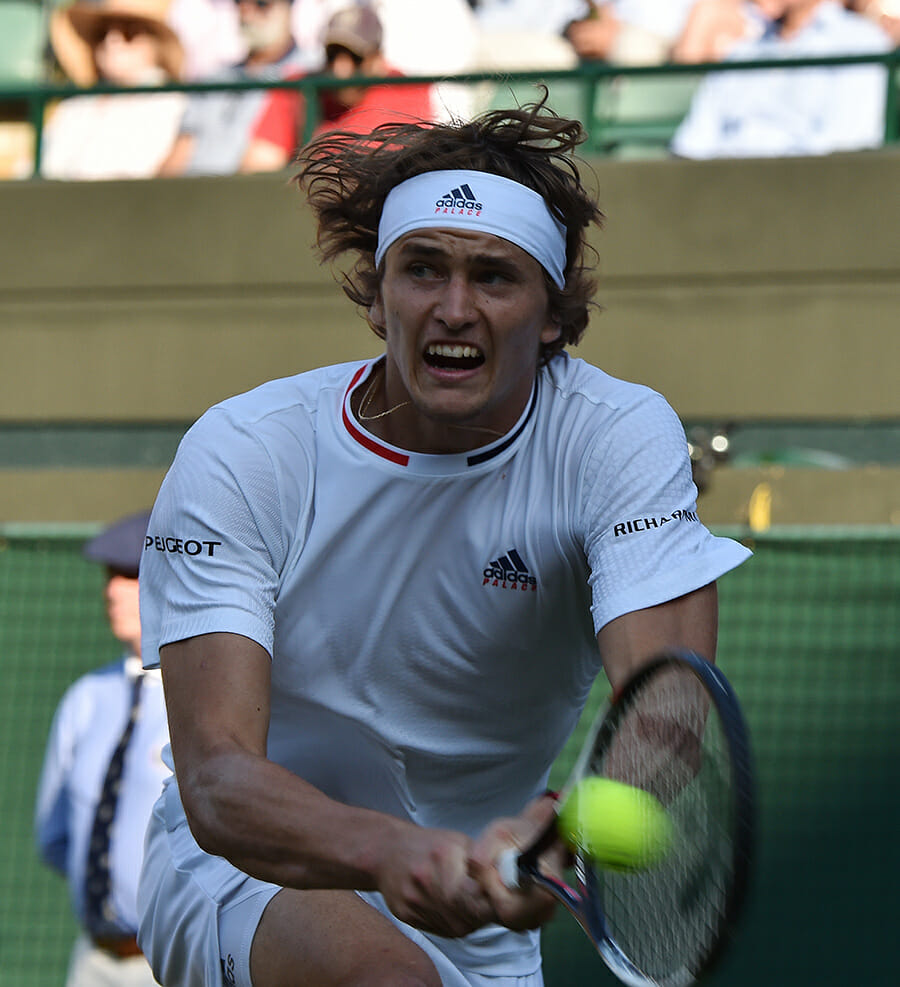 He and top seed Roger Federer are both through without dropping a set.

Nadal, who came to the All England club with no grass matches, has made the clay-grass switch without problems after following medical advice to rest after winning his record 11th Roland Garros title.

Nadal showed his determination as he lost just four points on serve in the opening set on his way to the lop-sided win.

Juan Martin del Potro turned in his best Wimbledon performance since 2013 by reaching the fourth round.

The Argentine who won the US Open nine yeas ago over Roger Federer, claimed his 20th career win at the event in two and a half hours as he dominated France’s Benoit Paire 6-4, 7-6(4), 6-3. 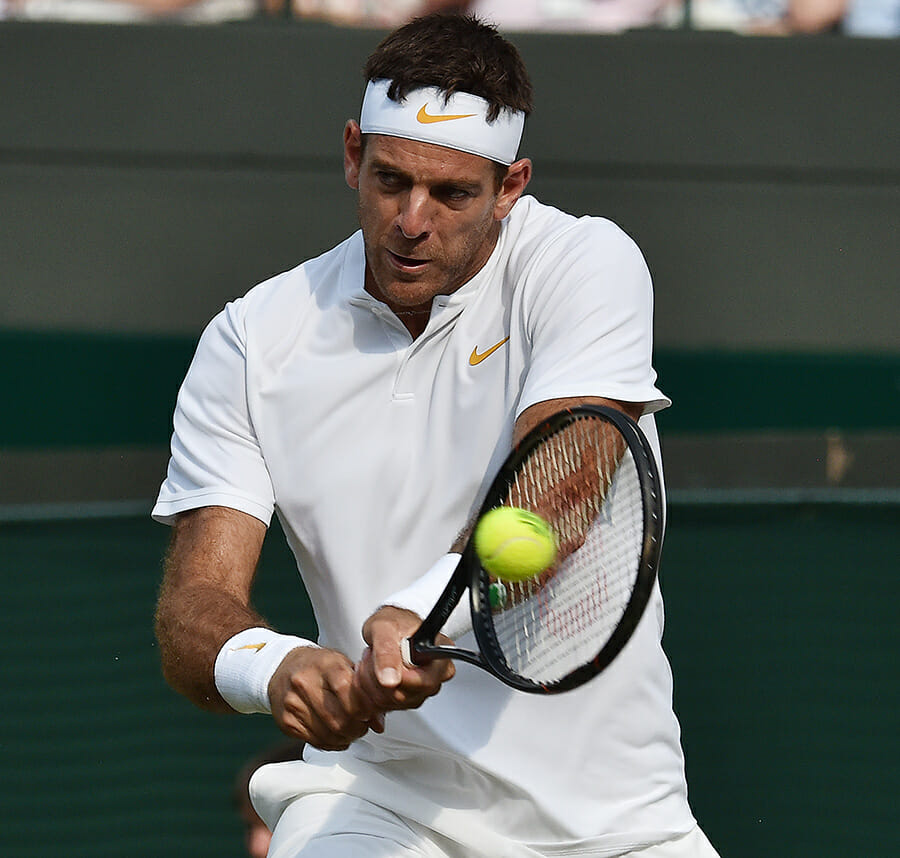 Milos Raonic, a one-time finalist who has fallen on hard times through multiple injuries, completed the third round by winning a match interrupted by darkness, beating Austrian qualifier Dennis Novak 7-6(5), 4-6, 7-5, 6-2.

The Canadian hammered 28 aces in the contest lasting for two and a half hours; he lost the 2016 final to Andy Murray. 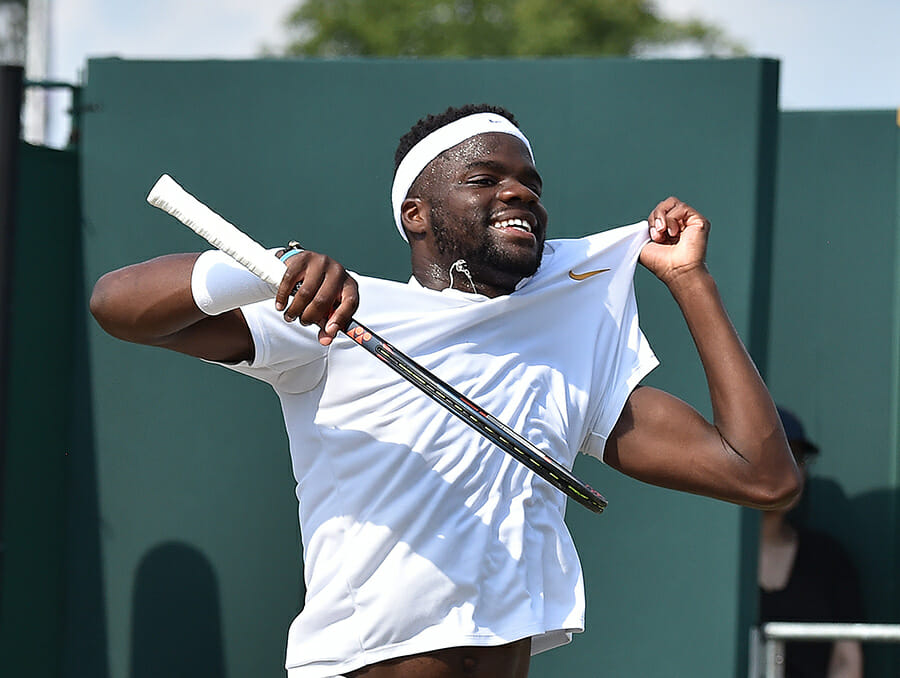 The Yorkshireman won the opening set against three-time champion Novak Djokovic but then faded as the former No. 1 Serb began to find his classic form,

[quote] “It was a tough match, Kyle has improved his game a lot,” Djokovic said. [/quote]

“He was up a set, not an ideal situation for me. But I managed somehow to come back. I had to stay mentally tough. I was glad to overcome the challenge in four sets,” he said as he faces Khachanov on Monday. 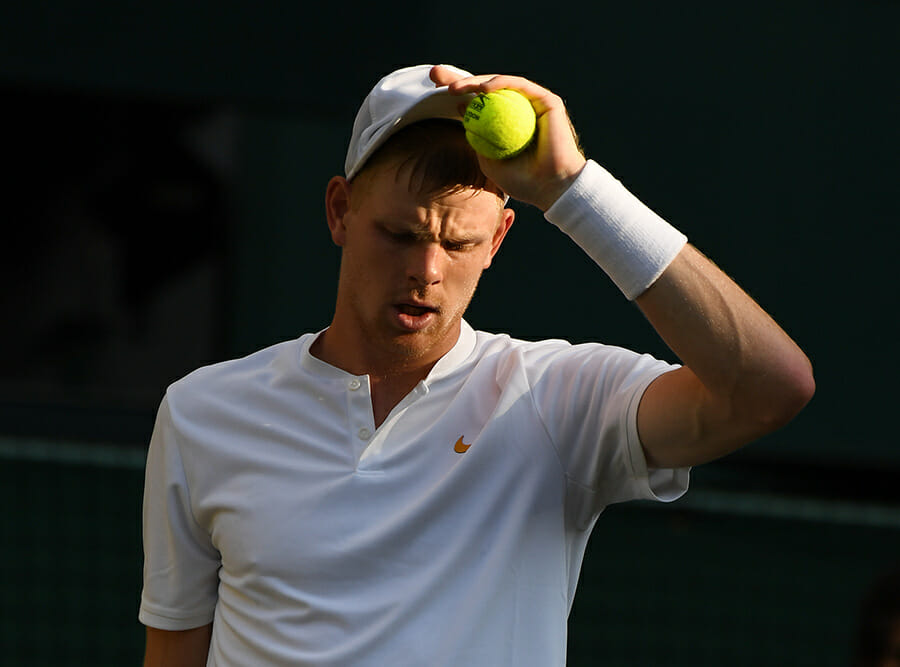 Djokovic shrugged off bad feelings with the crowd who cheered when he received a time violation.

“Kyle is in form, he won the first set. The crowd felt he could win the match. Obviously he was close.”

Japan’s Kei Nishikori ended a long day on court with a 6-1, 7-6(3), 6-4 with a petulant Kyrgios drawing a warning for batting a ball high into the stadium as he went down to the loss.