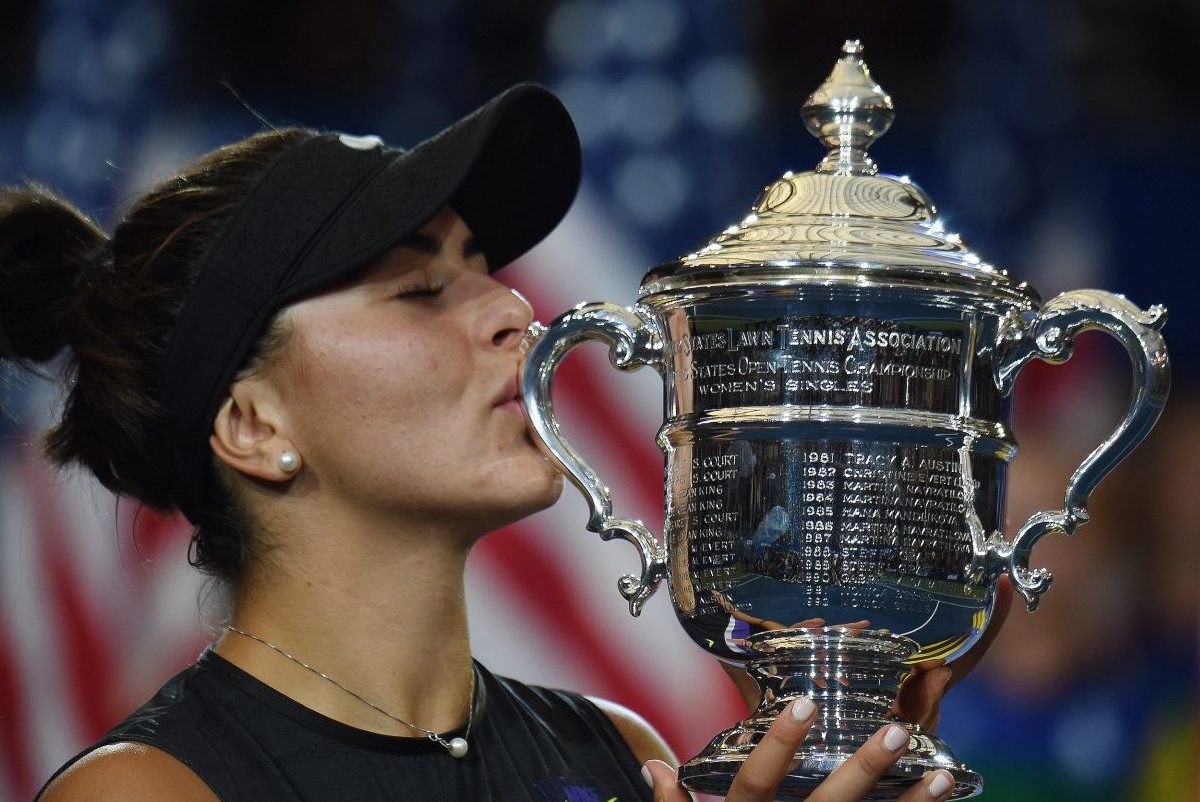 Andreescu the first Canadian to win a Grand Slam title

Bianca Andrescu blew a quiet kiss to the heavens as the 19-year-old stared in disbelief after defeating Serena Williams 6-3, 7-5 on Saturday to win the US Open.

The outsider who was playing the main draw here for the first time dominated Williams, more than 18 years her senior in less than 90 minutes, with the biggest win of her career a year after blowing out of qualifying rounds in New York.

“It’s so hard to explain, I’m beyond grateful and truly blessed, Andreescu said. “I’ve worked hard for months, this year has been a dream come true.

“Playing against Serena, a true legend of the sport was amazing.”

Defeat denied Williams her 24th Grand Slam singles title. The American, who turns 38 at the end of the month, has now played and lost four finals at the majors since winning her 23rd at the 2017 Australian Open.

Since becoming a mother in September of that year, Williams has failed to cross the line in her record chase, losing two finals at Wimbledon and two more here.

Andreescu becomes the first Canadian ever to win a Grand Slam singles title.

As a result of her success, she will move to fifth in the world in Monday’s WTA rankings; Williams will stand ninth.

The crowd favourite American won the first of her six New York titles in 1999, a year before Andreescu was born in 2000.

Williams mounted a fightback from 5-1 down in the second set after losing the first, saving a first match point with a winner to the corner whole breaking Andreescu for 2-5.

The effort brought Williams to 5-all as nerves played a role for her young opponent.

But Andreescu showed her steel on a third match point after Williams saved a second with her ninth ace.

The Canadian finally earned the win with a scorching service return winner down the line off the Williams serve after one hour, 40 minutes.

“I was just fighting at that point, trying to stay out there a little longer,” Williams said after the match watched by British royalty in the form of former actress Meghan Markle.

“Cheers from the (wildly partisan and loud) crowd made me play a little bit better and fight more.

“Bianca played an unbelievable match, it was incredible tennis, i wish I could have played better.”

“I’m so honoured to still be out here and competing at this level. It’s not easy to be in this sport for 20 years,” Williams said.

Andreescu, watched by her parents, who remained relatively unemotional during the on-court drama, admitted she had to deal with her nerves in closing out the win.

“I had to just manage and try to play my best, I’m proud of how I dealt with everything.”

In typically polite Canadian style she blurted out:  “I had to overcome the crowd today, I’m sorry I beat Serena.”

“I just blocked everything out, I’m just glad with how I managed it all.”

Last year I didn’t make it through the qualifiers, 2018 was not an easy period for me as I was going through a lot of injuries.

“But I persevered and never gave up. I dedicate this win to my team.

“I just kept believing in myself and keep the momentum and confidence through this year – hopefully we can keep it going.

Andreescu, troubled this season by shoulder problems,  had never been past the second round of a major. She joined Australian Ash Barty (Roland Garros) and Japan’s Naomi Osaka (New York, 2018) as first-time Grand Slam champions from the last 12 months.