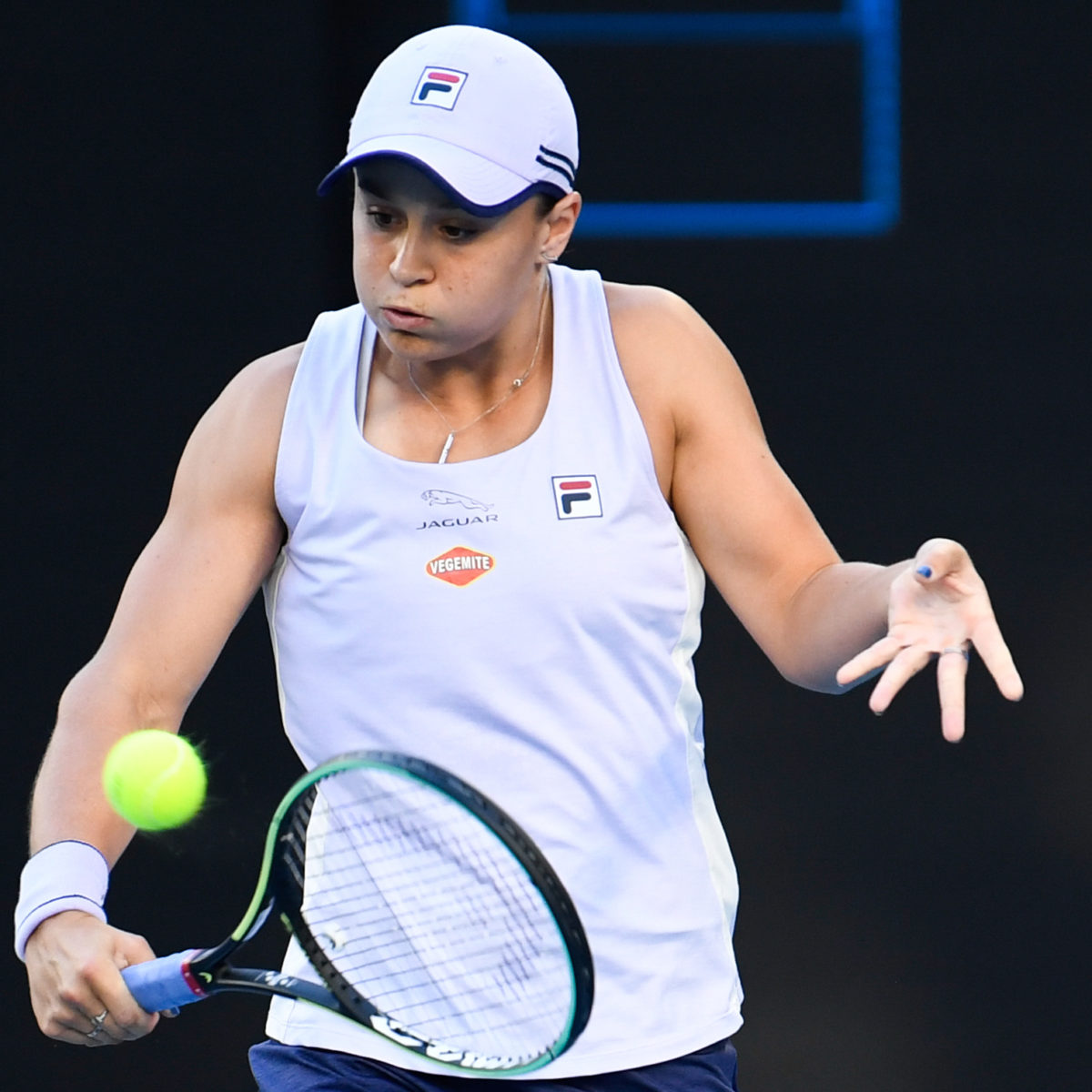 Australia’s Ash Barty steamrolled Danka Kovinic in the first round of the Australian Open in Melbourne 6-0, 6-0.

The world No.1 humiliated the error-prone Montenegrin on Rod Laver Arena in the evening session, wrapping up the match in 44 minutes.

Barty won the first 16 points in just 18 minutes, and the second set was the same.

She didn’t win her first point until the fifth game and she won just four points in the entire first set.

“The competitor in me missed what this is all about, missed the last hour before we come out on the court when coach Craig Tyzzer and I chat about how we’re going to try to dissect the match.

“That’s what I miss the most – coming out here and enjoying that thrill of the fight.

“That’s what it’s all about is coming here and enjoying it. It’s impossible not to enjoy a night session on this beautiful court.”