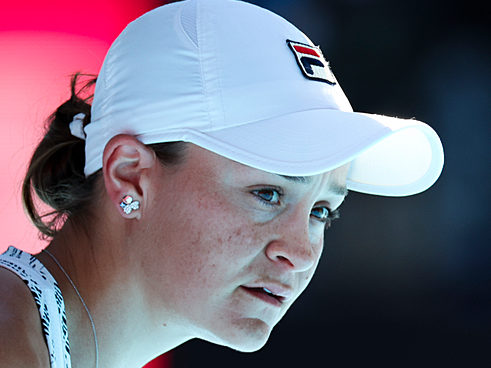 World No. 1 Ash Barty’s run to the Australian Open final showed no signs of slowing on Tuesday evening, as she crushed American Jessica Pegula 6-2 6-0 at Melbourne Park.

Barty completed the rout in just 63 minutes, causing Pegula problems from the start with an array of shots the American could not handle.

Tne Australian broke in the first game and although she did come under some early pressure built to a 3-1 lead as Barty moved up the gears. Pegula won another game but Barty was relentless.

The second set was as one-sided as Pegula’s error count grew and at 5-0 down she battled to stay in the match.

“That was solid tonight. I had a lot of fun out here. I was able to serve and find a lot of forehands in the centre of the court and I was happy to take the game on,” Barty said afterwards.

“I’ve obviously got a few more years experience under my belt in handling different situations and being able to problem-solve out on court.”

Barty has only given up 17 games in her five matches at the Slam.

She will face Maddison Keys for a place in Saturday’s final after the American upset French Open champion Barbora Krejcikova 6-3, 6-2.