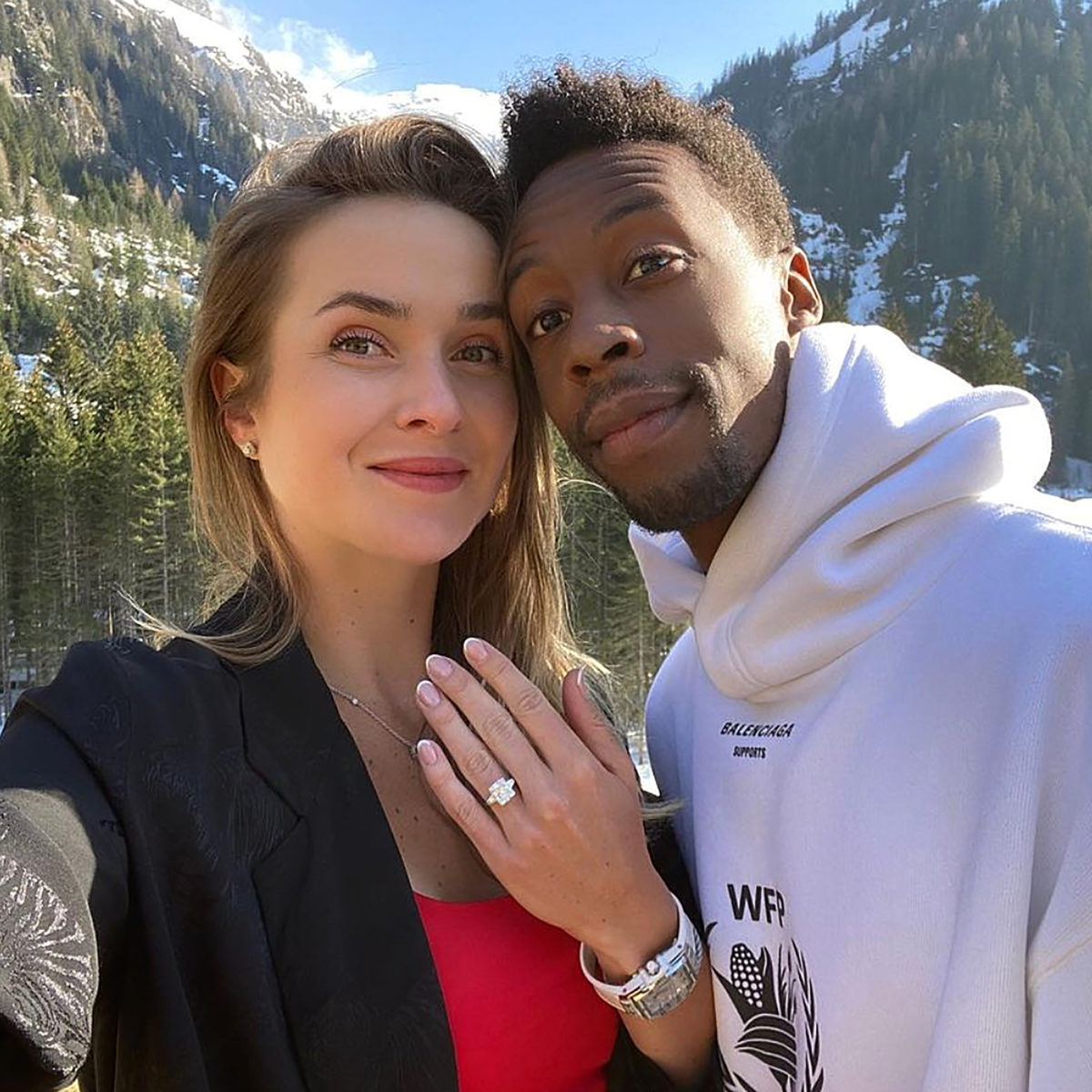 The breakup which briefly rocked tennis in February is just a memory as Elina Svitolina and Gael Monfils announced on Saturday that they will marry in July.

The high-profile WTA-ATP pair who first got together in 2019, called it quits but are now firmly back on track.

As usual, the engagement and wedding plans were revealed on each player’s social media.

The Swiss-based Monfils posted a picture of himself and Svitolina in an unmistakable alpine setting, with a close up of the future bride’s ring. ” She said yes. » « YES !!! ” the caption read.

Ukrainian Svitolina,a semi-finalist this week in Miami, currently outranks her fiance, standing fifth on the WTA to his ATP 14th status.

Less than two months ago, Monfils posted news that the longtime couple were no longer an item. But that is now all in the past.

“We are just two best friends who realize that it’s time to take a step back and help each other live the happiest and most fulfilling lives possible ” he said after losing in the first round in Melbourne.