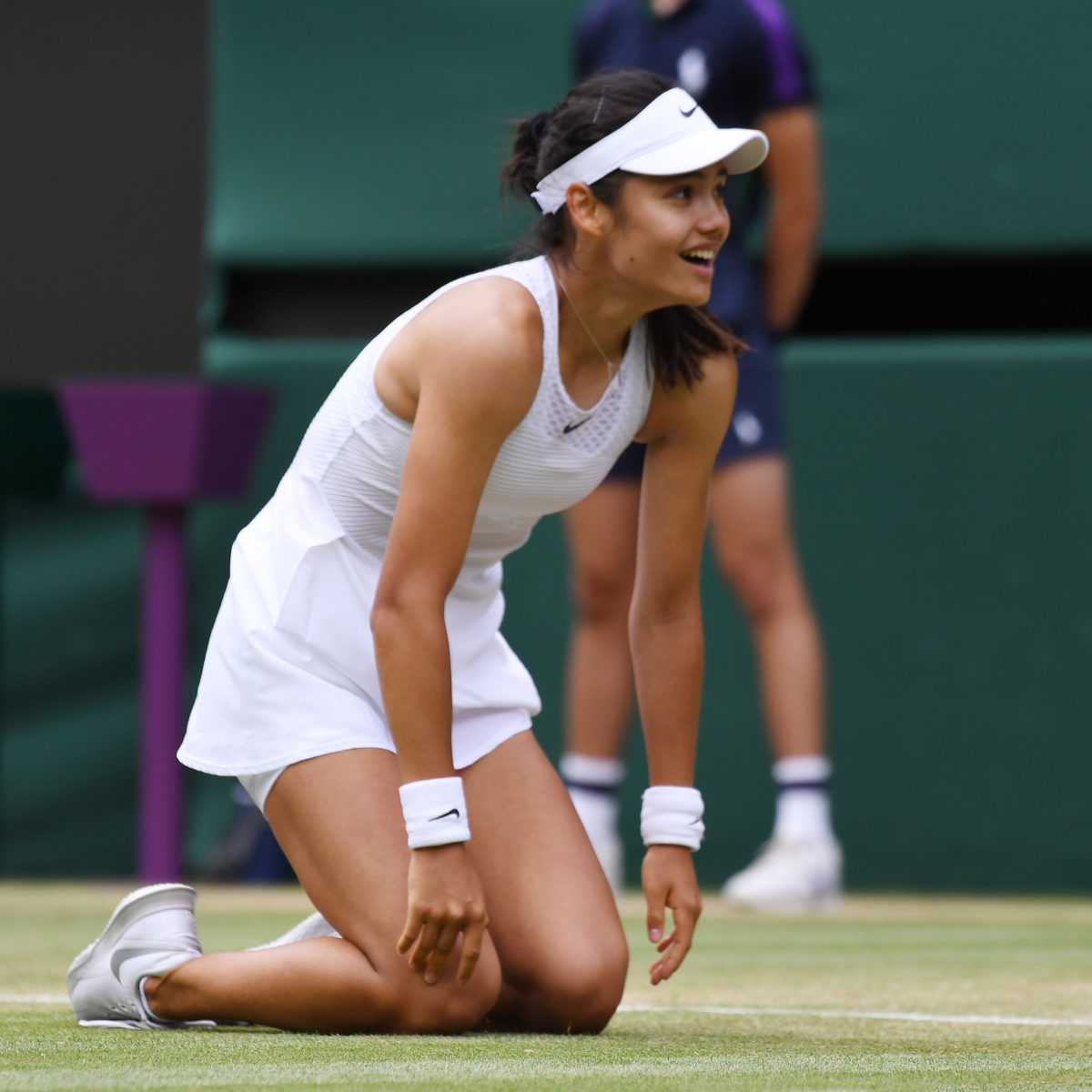 Teenged British breakthrough Emma Raducanu booked a fourth-round on Saturday with a 6-3, 7-5 defeat of Sorana Cirstea to continue a stunning Grand Slam debut.

“I’m so speechless right now,” the smiling winner said. “I didn’t know how to react if I won.

“I’m so grateful for the crowd support which carried me through the match.

“Now I get to stay here another day and play another match in front of you.

“This was by far the biggest court I’ve played on, I think I coped quite well.”

The 18-year-old wild card winner, coached by Andy Murray’s father-in-law Nigel Sears, showed nerve beyond her years as she recovered from 3-1 down in the opening set.

She carried her momentum forward by winning eight straight games, taking a 3-0 lead in the second set after claiming the first against her Romanian opponent.

But the daughter of a Chinese mother and Romanian father brought up in London and still in school with exam results coming in a few weeks, gave the Court No. 1 crowd a taste of her talent.

After dropping serve in the fifth game, 3-2, she kept on battling. Cirstea managed to save five break points in a 15-minute eighth game, holding for 4-all.

Raducanu won on her third match point as she broke her opponent for a final time, with Cirstea netting to end it after nearly an hour and three-quarters.

“It was a tight match, I tried to hold my nerve,” she said.

“When I was packing to go into the tournament bubble, my parents thought I might be taking too much match gear.

“Now I’ll have to do laundry in the hotel to be ready for next week.”

The winner finished with 18 each of winners and unforced errors while Cirstea, who put out former No. 1 Victoria Azarenka in the previous round, managed 30 winners.

Before this week, the Brit has played just one WTA match, losing last month in the Nottingham first round to compatriot Harriet Dart.