Stefanos Tsitsipas made a quick transition on Tuesday from his weekend title in Marseille to the Dubai Championships, with the Greek starting with a 7-6 (7/1), 6-1 defeat of Pablo Carreno Busta.

But the second seed said winning was a struggle after his flight from the  weekend European triumph.

“I was tired, I came in the match tired. I was upset with myself a little bit, but I realised I have to save that energy. The physical part was difficult for me. 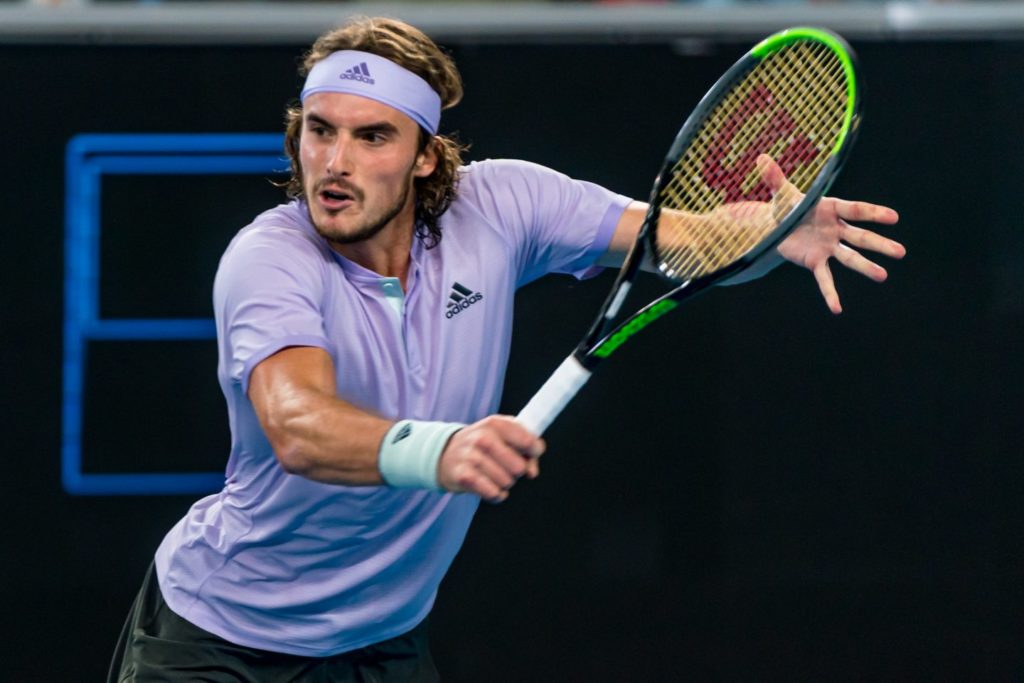 “I tried to stay calm and not complain too much because I would definitely need that energy for later on.

“I focused on my breathing, constructing the points, staying in the point, trying to make things happen from my backhand side.

The winner of November’s ATP Finals added: “I’m not pushing myself to the limits like I did last year,I’m trying to be smarter in the way I handle certain situations and moments in the match.”

While much of the first set was back-and forth after the second seed lost an early break, Tsitsipas escaped in the tiebreaker and rode that momentum to a blistering second set sweep.

He will next play Alexander Bublik, who beat Hubert Hurkacz 6-2, 7-5. Tsitsipas, the ATP No. 6, six lost the final here last year to Roger Federer.

“The surface here is slower than Marseille,” he said. “But I did pretty well.

“I had to push myself a bit tonight.”

Benoit Paire ended a five-match losing streak against 2014 US Open champion Marin Cilic, taking four match points to beat the Croatian 2-6, 7-5, 7-6(1) in the first round.

Cilic, a one-time Top 10 regular whose 2019 was marked by various injuries, now stands 36th, but had beaten his French opponent as recently as last month at the Australian Open. 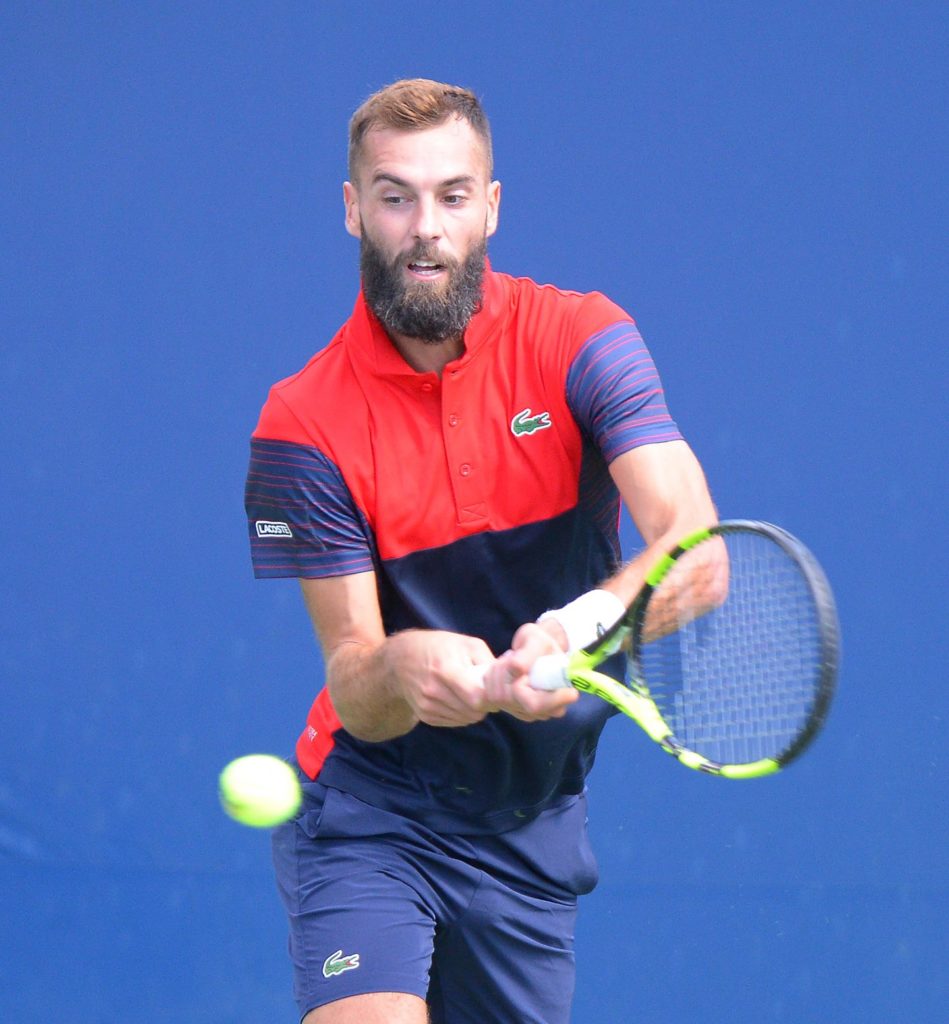 But the roles were reversed at the Aviation Club in 29C temperatures, with Paire holding strong as he trailed a set and 5-3 with Cilic preparing to serve out a potential straight-set win.

But that was not to be, as Paire, never known as a do-or-die fighter, refused to bow, levelling at a set each and winning the match in a third-set tiebreaker.

“It was not easy today. I was not confident before the match. Normally when it’s one set, 5-3, I normally tank,” Paire joked.

“This time I tried until the end. It was working good. I’m really happy about the win.

“I was not feeling really good on court. I was a little bit sick (the last) two, three days. But I was  happy to win today and to fight until the end.”

Paire will now play compatriot Richard Gasquet for a place in the quarter-finals. 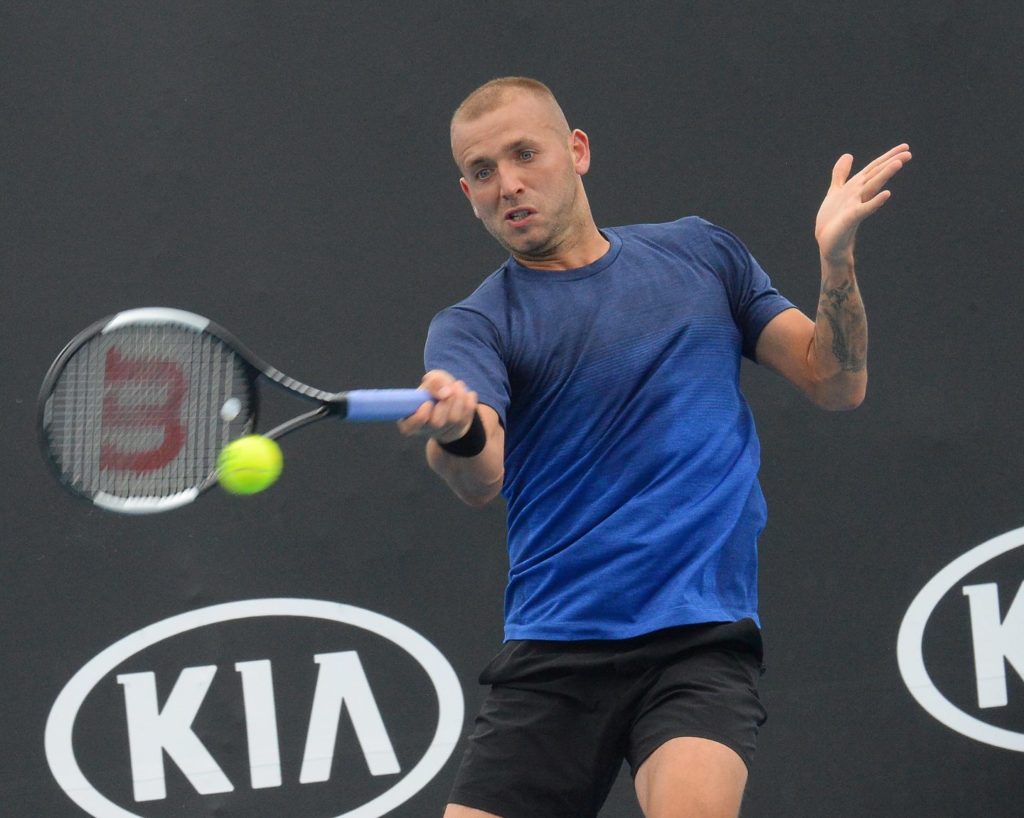 The French winner said he had to overcome a lack of confidence heading to the court at an even where he had won a single match in previous attempts.

“I was not feeling really good on court. I was a little bit sick the last two, three days. But I was  happy to win today and to fight until the end.”

Italian Fabio Fognini had a disappointing tournament debut in the Gulf as he lost a tight battle with Brit Dan Evans 3-6, 6-4, 7-5.

Monte Carlo winner Fognini, who never appears to take his tennis life overly seriously, put up a fight for almost two and three-quarter hours before going down as Hawk-eye called an Evans return good on the baseline.

“It’s difficult to play Fabio, he’s such a class player,” Evans said of the Italian.”I’m just happy to come through really. It felt like he was on top forever really, I was just hanging in.”

The British No. 1 added: “His demeanour is so hard to play. No intensity, then he’s right on it hitting the ball to the lines.”

There was no luck at all for weekend Delray Beach finalist Yoshihito Nishioka, who rushed across the Atlantic, landing in the Gulf emirate only to end up a 7-5, 6-2 first-round victim of France’s Pierre-Hugues Herbert.