Dominic Thiem rallied from a set down against Alexander Zverev to reach his third Grand Slam final on Friday with a 3-6, 6-4, 7-6(3), 7-6(4) victory at the Australian Open.

The 26-year-old Austrian spent more than three and a half hours in defeating one of his major rivals whom he first played as a junior. Thiem leads the series 7-2 after winning the last four matches. 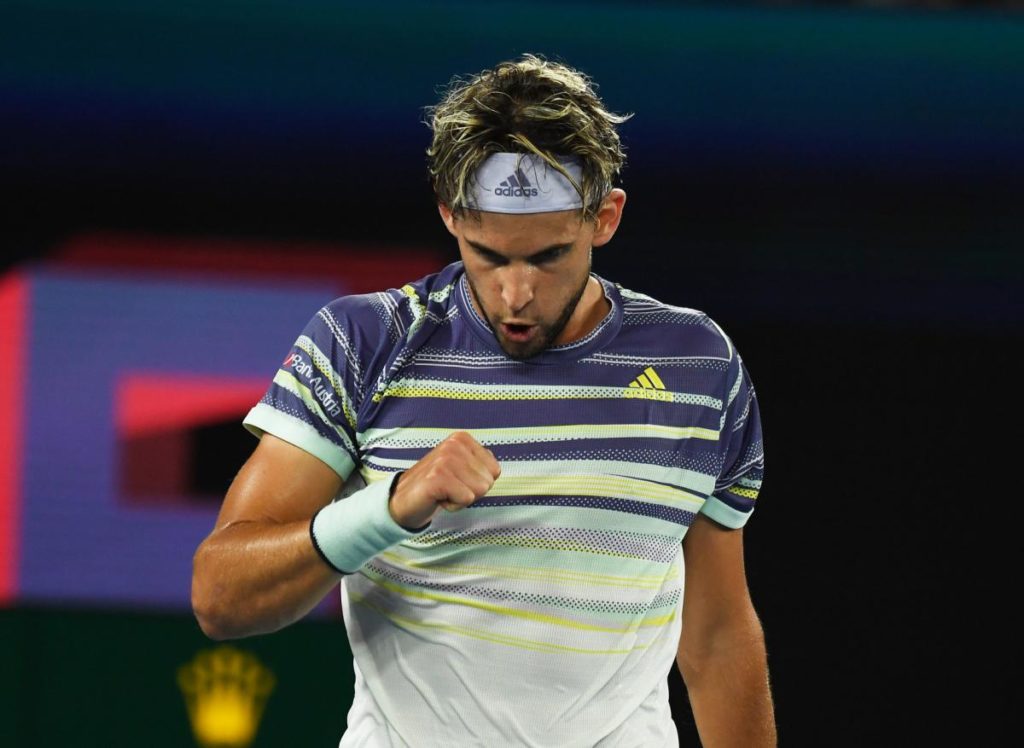 .
Thiem, who stunned Rafael Nadal in the quarter-finals in a four-hour win, will face off on Sunday against seven-time champion Novak Djokovic.
“I’ve played two Roland Garros finals against Rafa and now I play Novak here. I’m always facing the kings of the court,” he said.
“I will try my best, I’ll do everything to win. But if I walk off the court a loser on Sunday, I know I will have to just be more patient.
Djokovic leads the series with Thiem 6-4, with the Austrian winning four of their last five encounters. 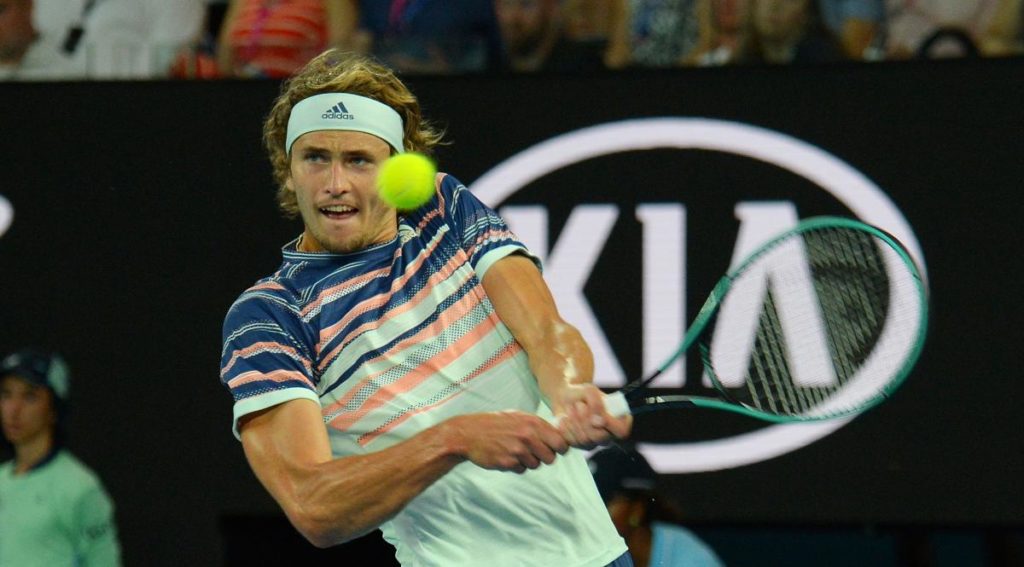 Thiem put the match away with a winning tiebreaker in the fourth set landing a forehand to the corner to bring on three match points.
Germany’s seventh seed Zverev saved the first but could not touch a Thiem volley winner at the net on the second.
“Both of us could have won this match today, maybe it was a bit of experience that made the difference, Thiem said.
“This means so much, it was an unreal match, everything was so close.

“What a start to the season for me.”

The pair traded breaks on the first two games  of the match, which was briefly interrupted after the third game as drops of rain splattered through the partly open roof of the Rod Laver arena.
With the venue buttoned up, the German went to work, ending a 3-3 deadlock with a service break and following up with another to take the opening set after 40 minutes.
“I had trouble in the first set, we were both nervous,” Thiem said. “But the level was so high that small mistakes made the difference.” 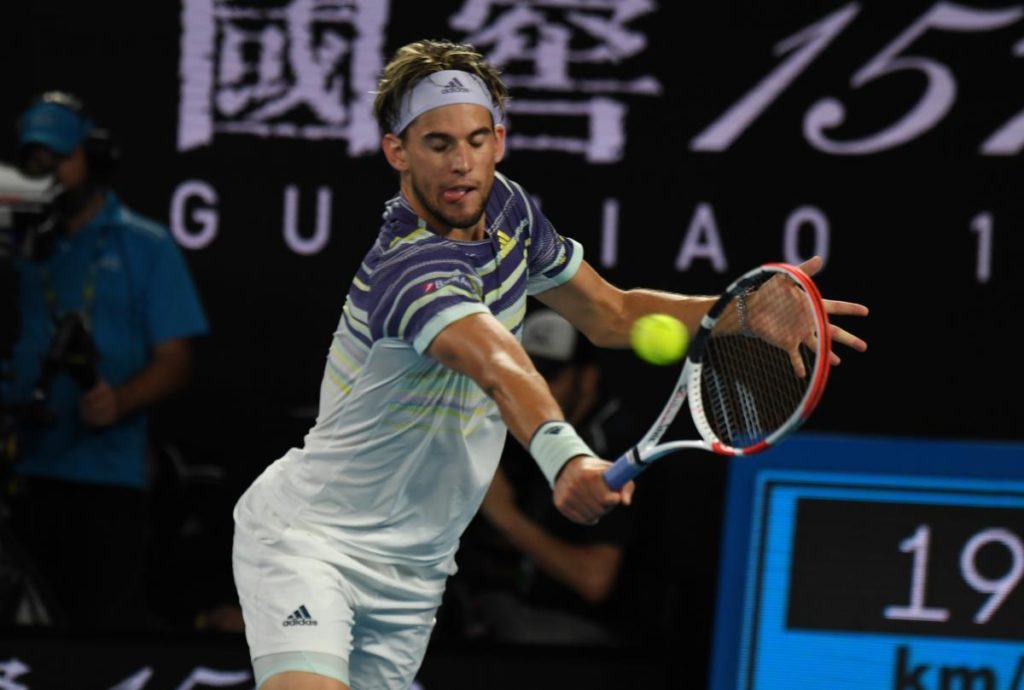 Dominic Thiem admitted his season has got off to a great start. Photo Roger Parker International Sports Fotos Ltd

After losing with 13 unforced errors, Thiem scored a break for a 2-1 lead in the second set only to see his opponent snatch it back, 3-3.
Thiem immediately earned the re-break and secured the set to level at one apiece after saving two break points and finishing with an ace in the final game on his set point.
The third set was only one game old when one of the dozens of floodlights under the Laver roof blew out, requiring a 10-minute delay as tournament officials decided to play on with light levels looking exactly the same as before. 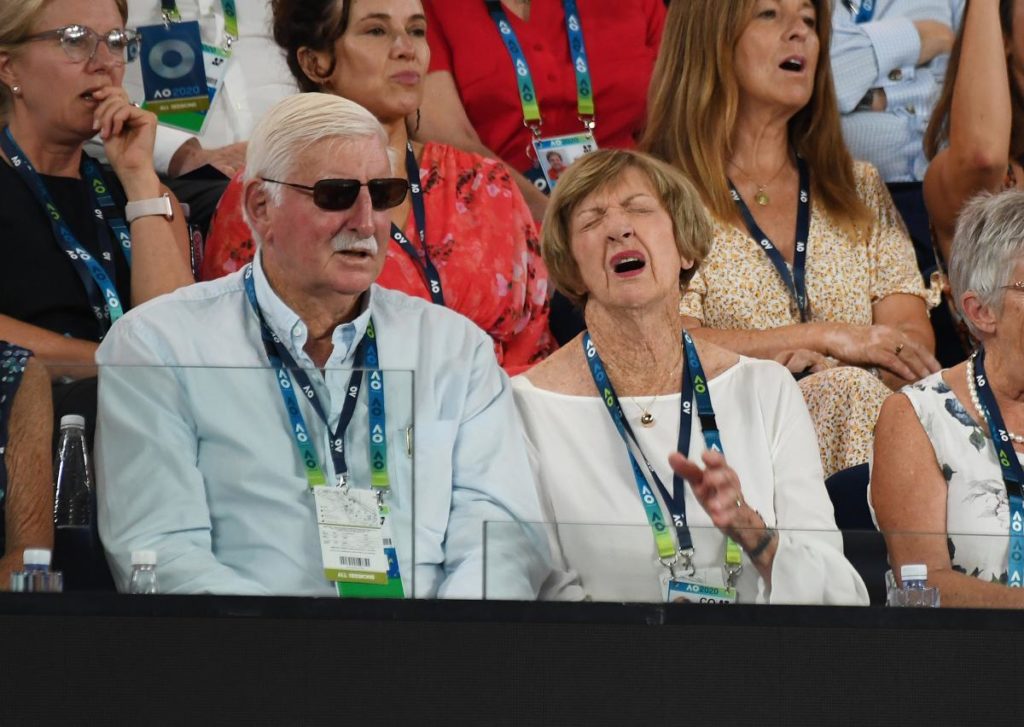 After a pair of breaks each, Thiem rallied to save two Zverev set points in the 11th game before taking 3-0, and 4-2 leads in the tiebreaker.
The Austrian finally earned a set-winner of his own, firing a lethal backhand cross-court to take the lead, two sets to one before closing it out a set later.
https://www.youtube.com/watch?v=eVf04zMLkv8
Post Views: 73
Tweet
Pin
Share7
7 Shares