Sofia so good for Kenin as Muguruza awaits

Ash Barty’s Australian Open dream run was destroyed on Thursday at the hands of Sofia Kenin, with the Moscow-born American staging a 7-6(6), 7-5 shock victory into the final.

The 21-year-old Kenin, an adopted Floridian, will play the biggest match of her career on Saturday against Garbine Muguruza, who beat Simona Halep 7-6(8)  7-5 in a battle of former No. 1 players who have both won titles at the French Open and Wimbledon. 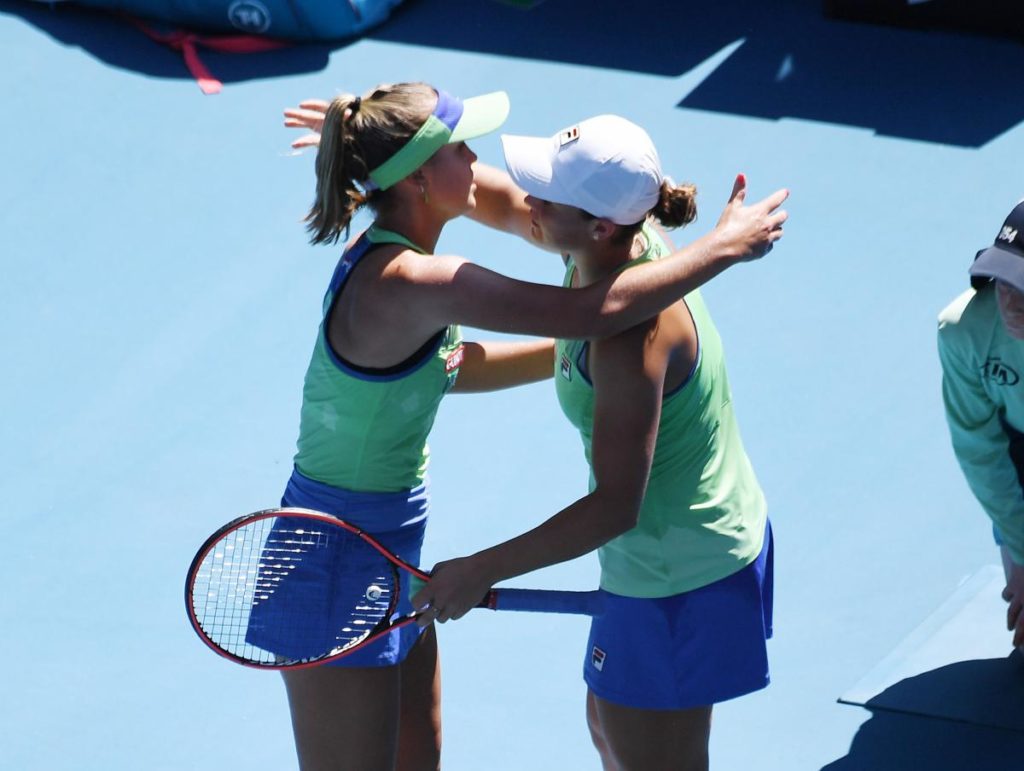 Muguruza saved four set points in a combative opening set, taking it on her own third chance; Halep smashed a racquet at the changeover.

The Spaniard who came to Melbourne suffering with a virus, has lifted her game since the start and will play her first Grand Slam final since lifting 2017 Wimbledon.

Halep last lost in a semi-final at a major in the US Open five years ago. 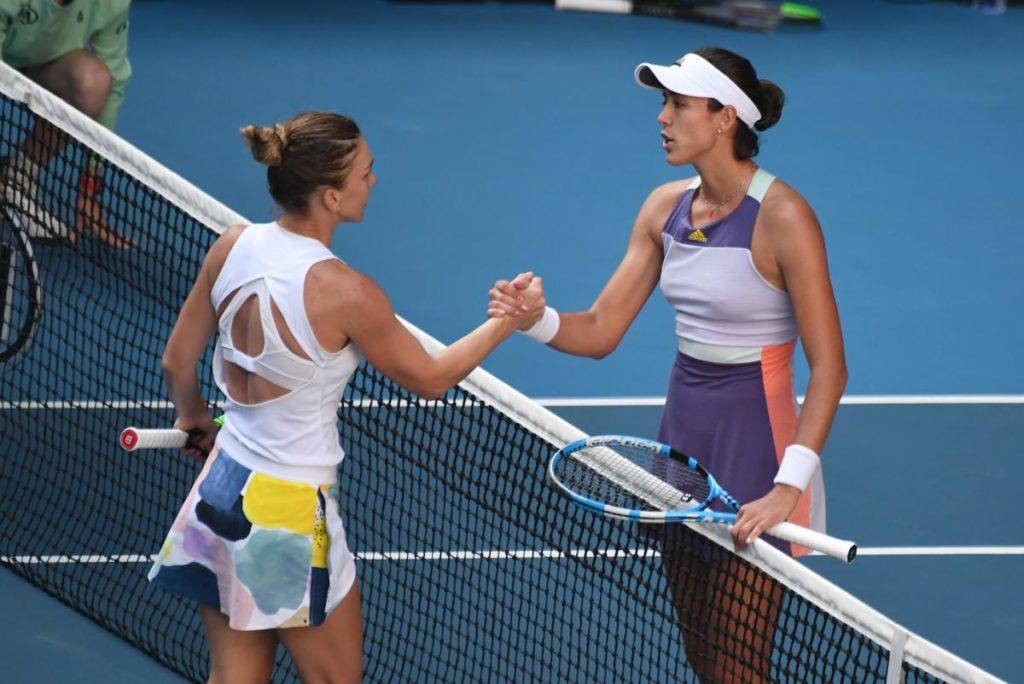 Muguruza, who will be competing in her fourth career Grand Slam final, kept her hardcourt record against the Romanian unblemished. with victory in just over two hours in the torrid heatwave conditions.

“I never thought I was down,” Muguruza said. “I just kept going, I knew I would have opportunities.

“It was also very tough against Simona, I was hanging in there  and fighting with all of the energy I had.

“I now have 48 hours to recover, we train to play in these kind of conditions. I will recover and be ready for the last match.”

The 14th seeded Kenin saved a pair of set points in each set against the world No. 1 and broke the Australian hope twice in a row to end a scorching afternoon with temperatures nearing 40 Celsius. 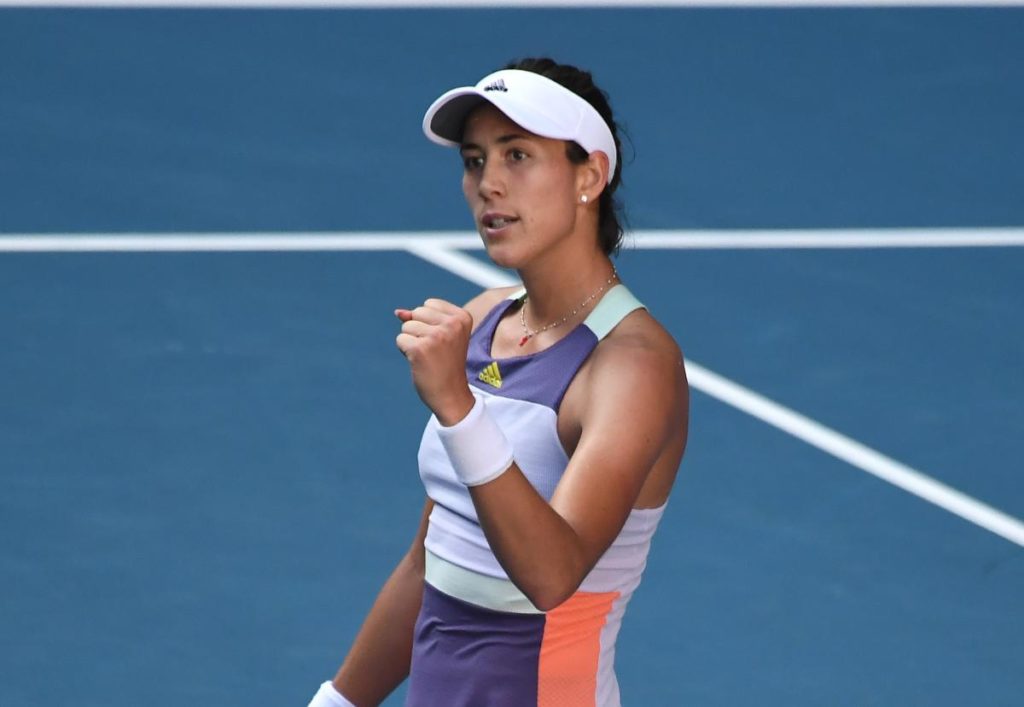 The loss was a punch in the gut to the host nation, with Barty failing to become the first Australian woman to reach the final in Melbourne since Wendy Turnbull in 1980.

“She is so tough, I needed to find a way to win,” Kenin, 21, said the victory will send her ranking to ninth according to WTA calculations and to seventh should she win the Saturday final.

Barty came into the major as a title favourite after winning the Adelaide tune-up event.

Kenin is the youngest to beat a World No.1 here since Maria Sharapova beat Justine Henin in 2008. She also put Serena Williams out of the French Open last year in the third round.

“This was not an easy one,” Kenin said of her victory in one and three-quarter hours. “I’m so speechless, I honestly cannot believe it.

“I’ve been dreaming of this since I was five years old, the longtime tennis prodigy said. “I’ve worked so hard to get here.

“Thanks to my dad (her coach) and everyone.”

Kenin earned the opening set after 59 minutes with Barty unable to capitalise on a 6-4 lead in the tiebreaker as she missed both of her set points.

The American went down a break in the second set but got it back for 5-all as Barty was unable to convert on a pair of set points which would have taken the contest into a deciding third.

Two games later, Kenin raised her hands in shocked disbelief as Barty returned long on a match point to lose. 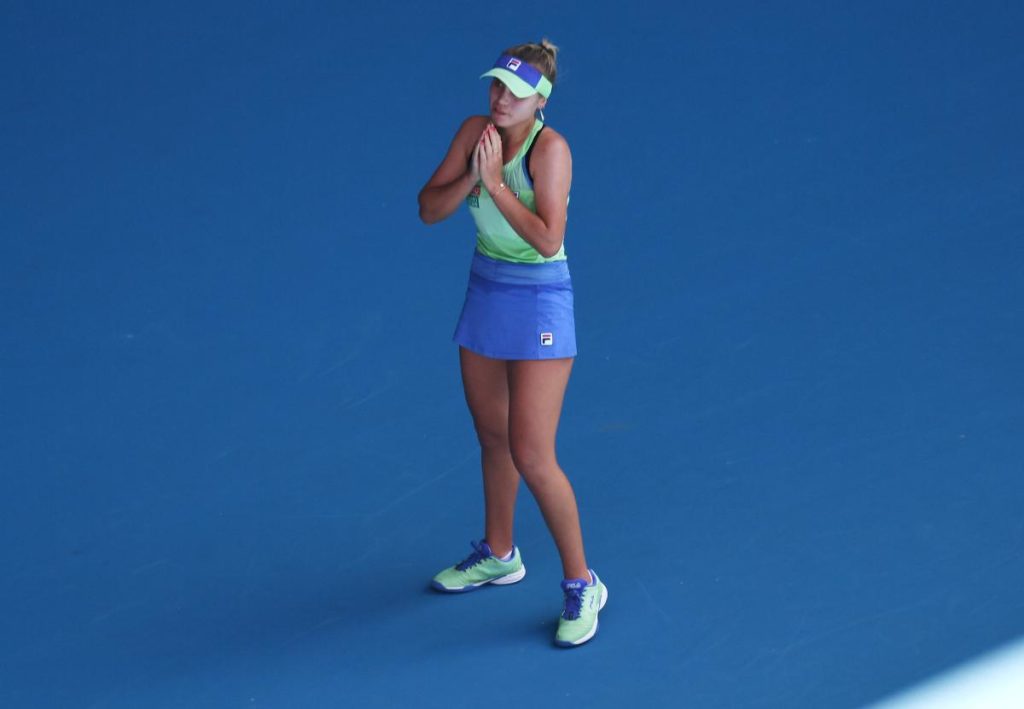 “She came up with some really great shots,” Kenin said. “I knew she would not be giving the match to me.

“I had to fight out there, there is a reason why she is No. 1, I’m so thankful for this. The final will be a great match, I’m looking forward to it.”

Kenin beat Barty last year in Toronto for her first career win over a World No.1.

“”I didn’t feel super comfortable,” Barty said. “My first plan wasn’t working, I couldn’t execute the way that I wanted.

“I was two points away from winning that in straight sets, which is disappointing. 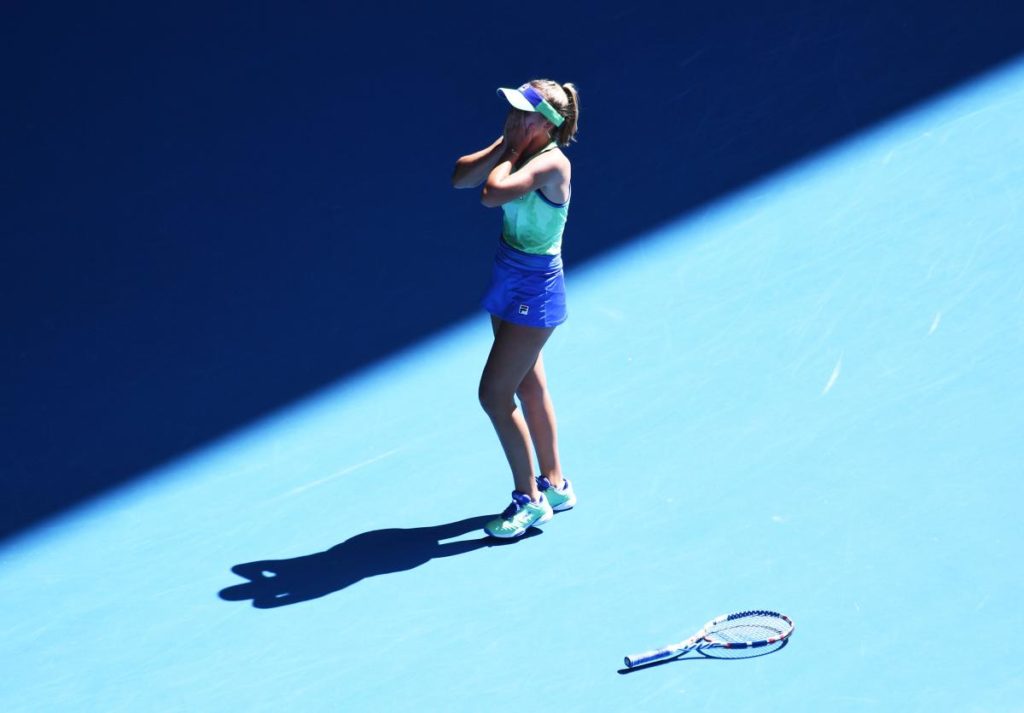 “Knowing I had to fight and scrap, I still gave myself a chance to win the match.

“It’s disappointing, but it’s been a hell of a summer. If you would have told me three weeks ago that we would have won a tournament in Adelaide, made the semi-finals of the Australian Open, I’d take that absolutely every single day of the week.

“I put myself in a position to win the match today and just didn’t play the biggest points well enough to.

“Sofia came out, played aggressively on those points and deserved to win.”

Kenin is the first American other than a Williams sister to reach the final in Melbourne since Lindsay Davenport in 2005.

Kenin’s previous best at a Grand Slam was the Roland Garros fourth round last June.